Malta ranked last among EU member states in renewable energy usage in 2018, moving down two places from third last in 2017, according to Eurostat.

Data released this week showed that in 2018, Malta’s total share of energy generated through green sources was 7.7 per cent, and while this was five per cent more than in 2017, Malta was relegated to the bottom of the EU bloc when it comes to green energy.

This also means that Malta is still 2.3 per cent short of its 2020 target, which is to generate 10 per cent of energy through renewables.

EU countries have been set different targets and last year these were reached by 11 member states.

According to Charles Yousif, secretary general at Malta Energy Efficiency and Renewable Energies Association, there are two factors that are plunging Malta to the bottom when it comes to its share of electricity from renewable sources. 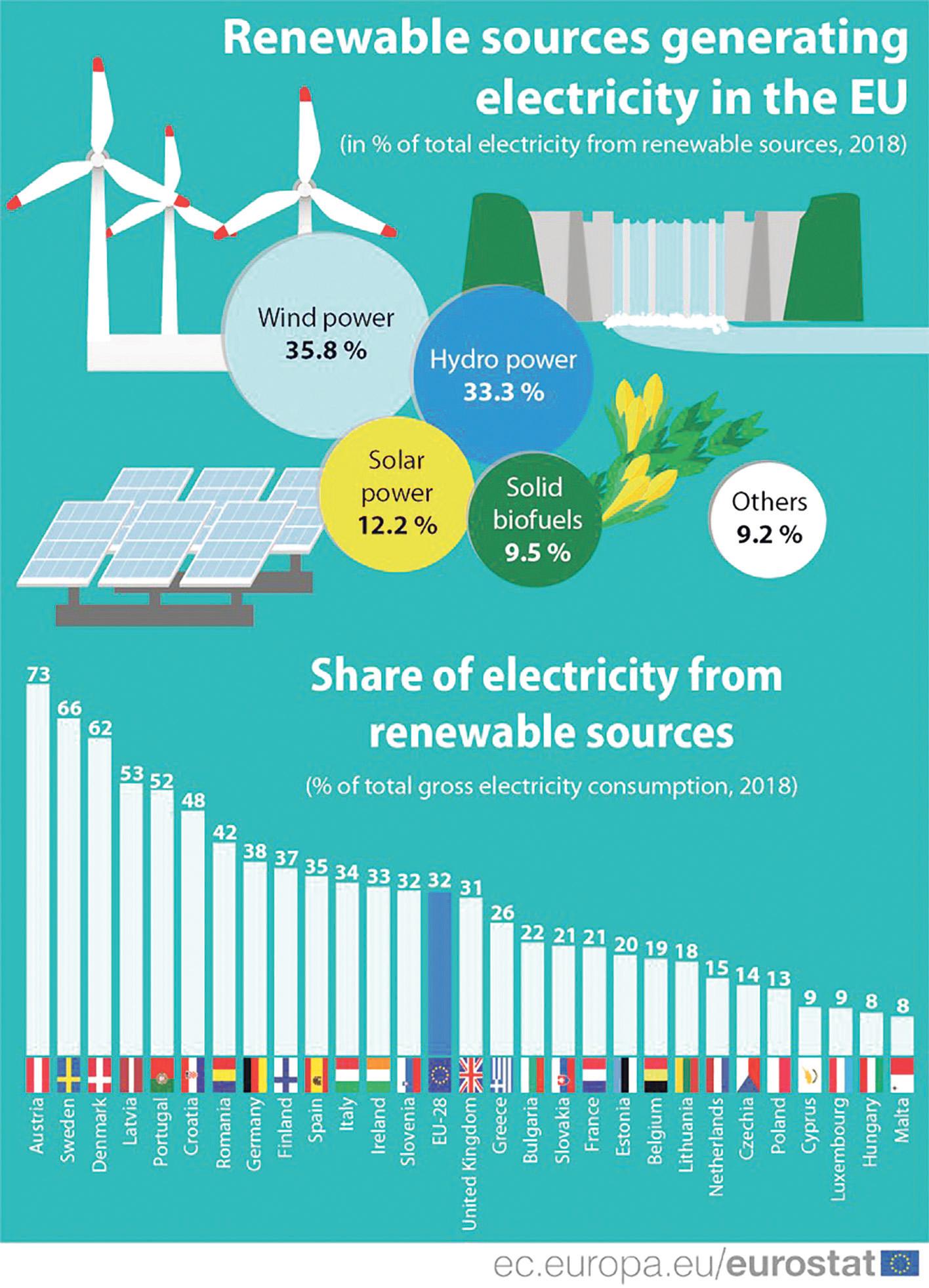 The first is the population growth over the last few years which has been rapid.

“The renewable energy projects have not been able to catch up with the fast rate of those demographic changes,” said Dr Yousif.

He also pointed out that the focus over the last few years has been on energy supply and production, whereas energy consumption has been neglected.

If there aren’t enough measures to reduce energy consumption then it is natural that the end ratio of the share of energy that renewables generate will remain smaller, he added.

Looking at the EU as a whole in 2018, electricity from eco-friendly sources provided just under one third (32 per cent) of the electricity consumed, a slight increase from 31 per cent in 2017.

More than half of the electricity consumed in the member states that year was generated from renewable sources in Austria (73 per cent), Sweden (66 per cent), Denmark (62 per cent), Latvia (53 per cent) and Portugal (52 per cent).

Austria and Sweden depended mainly on hydro power for their green energy, which provides more than three quarters (77 per cent) of the electricity consumed in Austria and more than two thirds (69 per cent) in Sweden.

Hungary, Luxembourg and Cyprus lagged behind other EU countries in 2018 when it came to green sources of energy sources, all generating under 10 per cent of their energy from renewables.