121 new COVID-19 cases were detected between Wednesday and Thursday and one patient has died, according to figures released by the health authorities.

The victim was a 65-year-old woman who was diagnosed on December 29 and died late on Wednesday at Mater Dei Hospital.

The new cases were detected from 3,512 swab tests, meaning 3.45 per cent of the people tested were positive.

With 127 recoveries registered overnight, there are currently 2,594 active cases in Malta 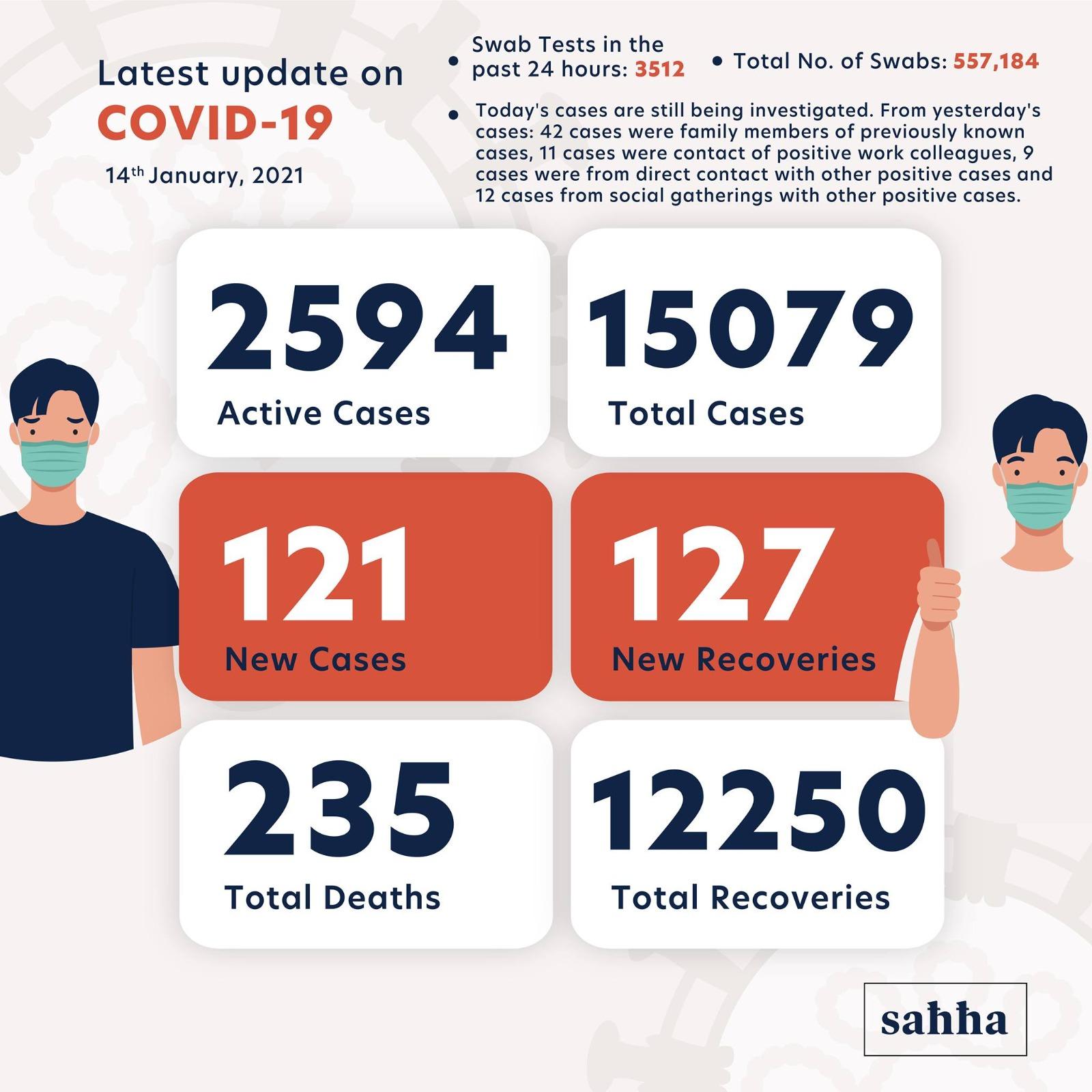 On Wednesday, private homes for the elderly expressed concern about the speed of the COVID-19 vaccine rollout among their residents.

It was also announced that public health expert Kenneth Grech will be back with the COVID-19 response team once his work on the National Health Strategy is completed.

Grech, who had advised against schools reopening after record numbers of COVID-19 cases, was last weekend told his services were no longer needed and that he would be redeployed to work on the National Health Strategy.

Contact tracing teams are still working to identify possible sources of infection for the new cases announced on Thursday. Of the 189 announced on Wednesday:

No information was provided about the remaining cases announced on Wednesday.