Malta’s armed forces hung up the phone “repeatedly” as members of a migrant rescue hotline tried to alert them to 52 people in distress at sea, NGO Alarm Phone has alleged.

In a series of tweets published on Saturday, Alarm Phone said that Malta’s rescue coordination centre also reneged on a promise to take in the 52 rescued people which it made to a merchant vessel which came to their rescue.

The NGO said that it tried on Friday to alert Maltese authorities to the 52 stranded people spotted by the surveillance plane Seabird but found that they were “uncooperative, hanging up the phone repeatedly”.

A vessel registered as a livestock carrier, the Talia, eventually picked up the people in distress.

According to Alarm Phone, the Talia was told by Malta’s rescue coordination centre that the rescued migrants would be taken off its hands by AFM forces, who would bring the 52 rescued people to Malta.

But instead, the ship was denied permission to enter Maltese waters, the NGO said.

The Talia was also denied permission to enter Italian territorial waters by Lampedusa. As of 2pm on Saturday, it was stranded at sea just south of Malta's territorial waters, according to vessel tracking service Marine Traffic. 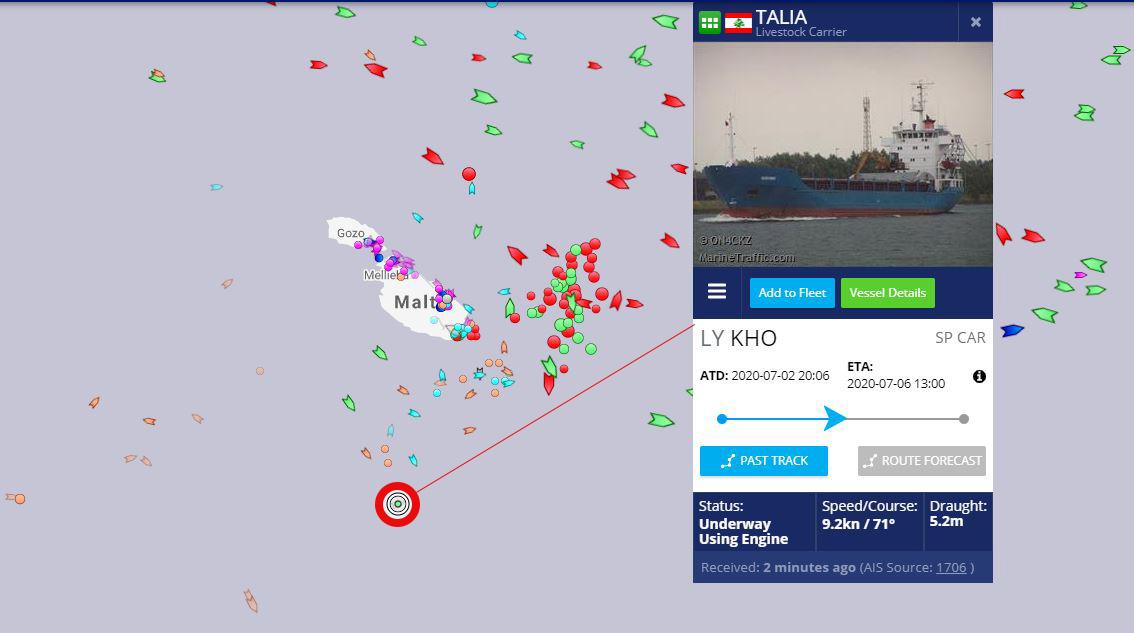 The Talia (red circle) was south of Malta as of 2pm on Saturday. Image: Marinetraffic.com

“These games with people who just survived a Mediterranean crossing have to stop immediately! Europe has to offer a port of safety now!” Alarm Phone said.

It is not the first time that Alarm Phone has publicly called out Malta's armed forces for a lack of communication: in May, the NGO said that it had tried calling Malta's RCC more than 40 times in two days in connection with a single case but "rarely heard back".