The largest piece of street art in Malta has been finished on a St Julian's apartment block in an attempt to encourage more creative use of the blank party walls created by large construction projects.

Standing between Mensija Road and Forrest Street, plans for the building list the facade at 16.58 metres tall and 16.24 metres wide. 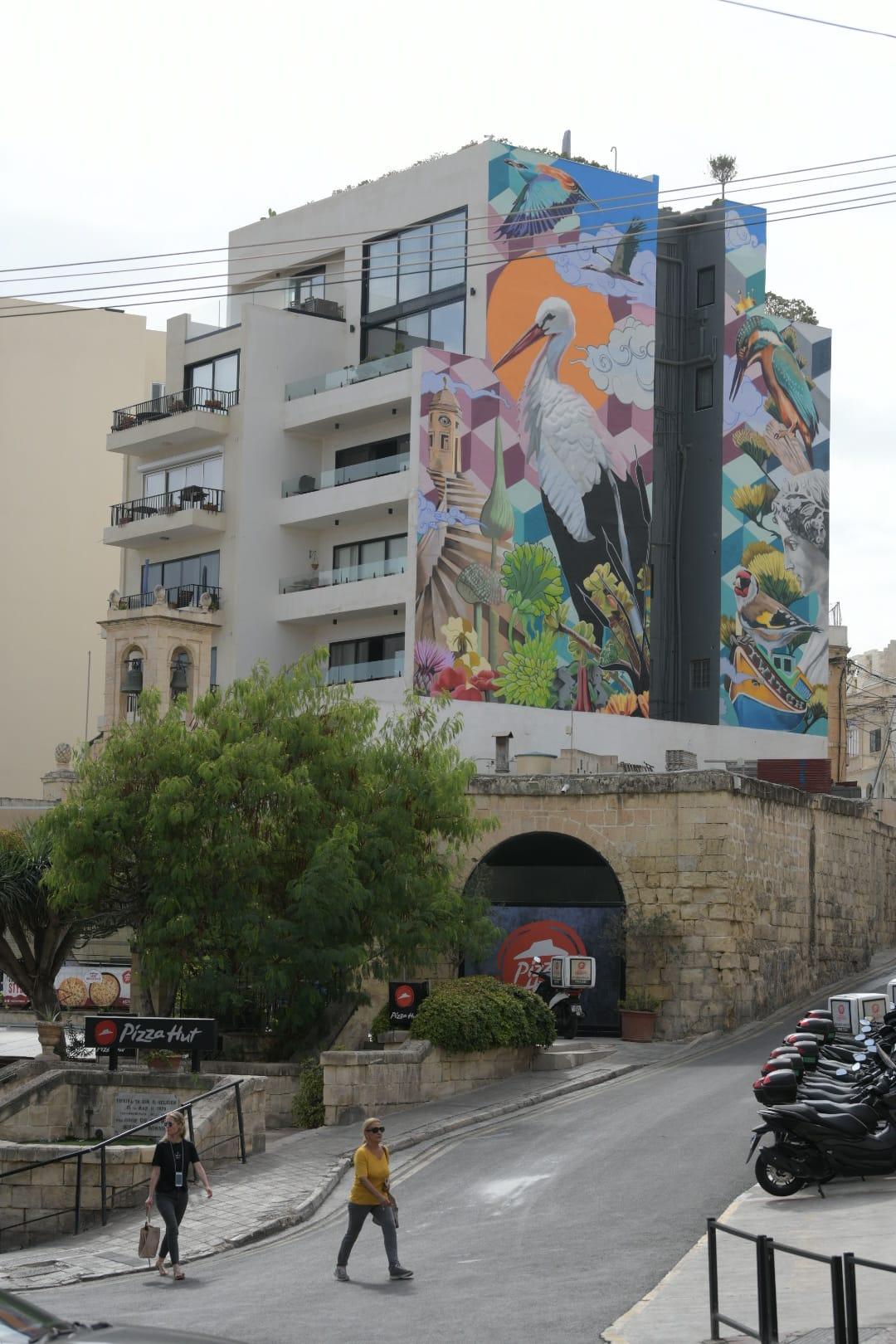 Micallef Grimaud told Times of Malta that the mural is the largest that has ever been painted in the country and is the first to have full planning permission from the Planning Authority.

He said he was sponsored by an anonymous benefactor, who hoped it would inspire others to make more creative use of the large blank walls that are becoming increasingly common as development in the country intensifies.

The mural features storks, goldfinches and kingfishers, migratory birds that are frequently spotted in Malta, as well as endemic flora like the national plant Widnet il-Baħar (Maltese rock-centaury).

The work also features other cultural elements such as the iconic Gardjola that keeps watch from the Senglea Bastions and a traditional Maltese luzzu, a nod to the village’s humble origins. 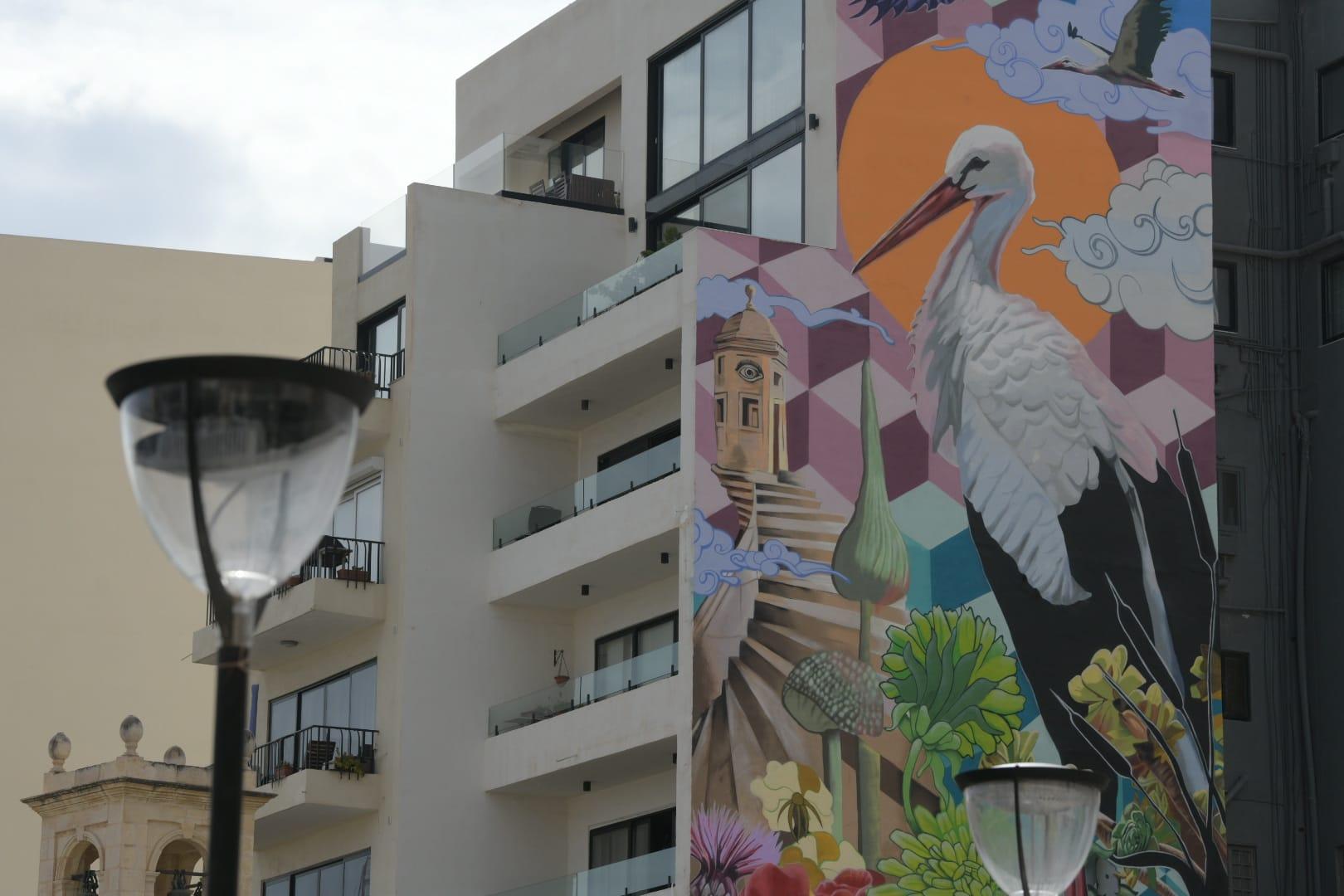 While St Julian’s today is a far cry from its origins as a sleepy fishing village at the foot of an unspoiled valley, Micallef Grimaud said he wanted to incorporate more subtle and natural elements in his theme of a departure from his typically overtly political work.

“The idea is to promote more art among the urban landscape and make use of these blank walls that keep cropping up,” Micallef Grimaud said.

“We wanted to bring a little colour and artistry to St Julian’s which has been somewhat inundated with so many construction projects.”

“Hopefully if more people take up the idea, we can bring a little more colour among the confusion and chaos.” 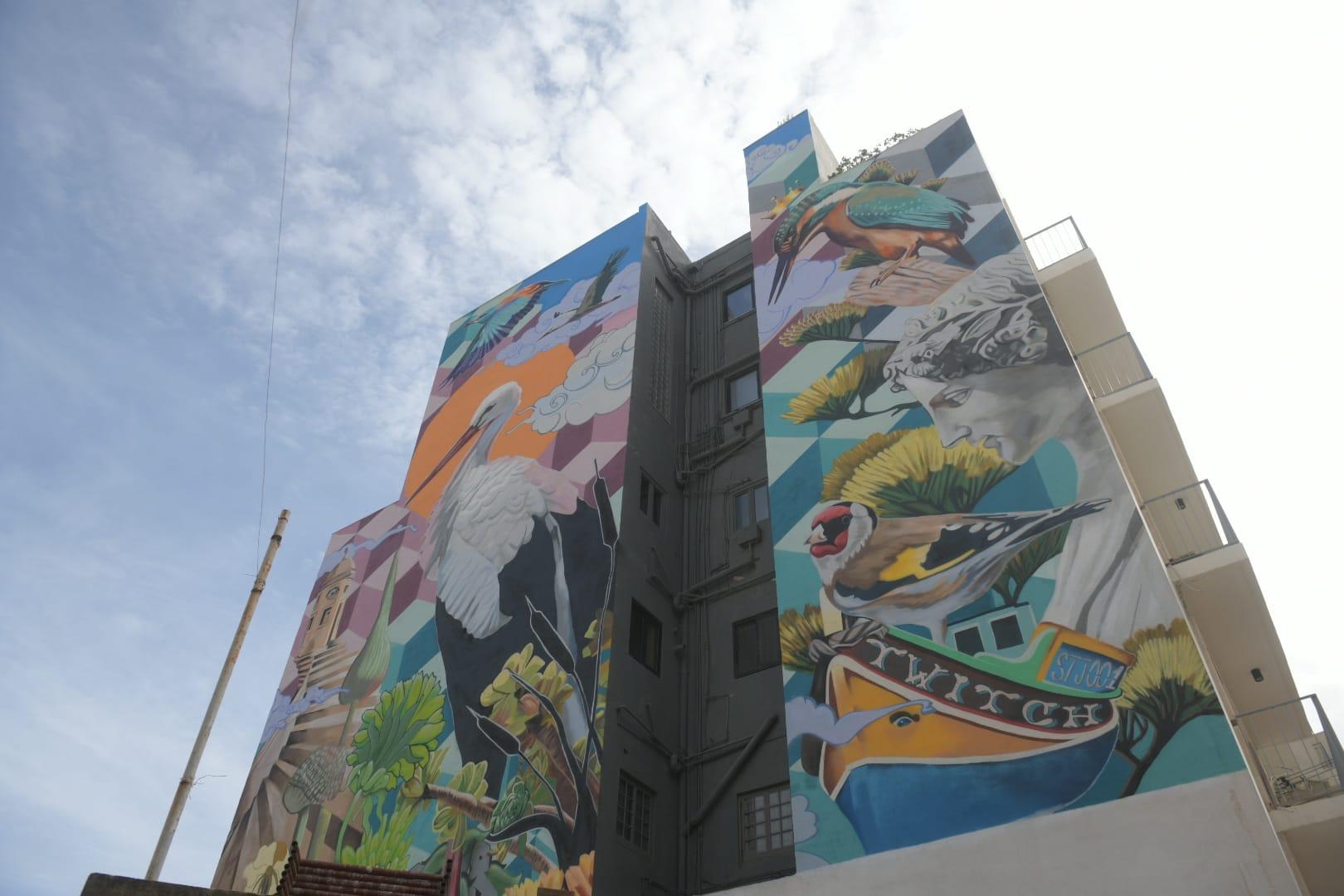 Among the scenes depicted in the mural are migratory birds that fly over Malta each year. Photo: Matthew Mirabelli

Micallef Grimaud is perhaps best known for transforming a shipyard crane in the Grand Harbour into a giraffe as part of an exhibition when Valletta was European Capital of Culture in 2018.

During the COVID-19 pandemic, he also made his feelings known about how world leaders were handling the pandemic response, with a mural depicting Donald Trump, Boris Johnson, Emmanuel Macron and Giuseppe Conte trying to escape a giant virus in a carriage drawn by rats.

His work has also been commissioned overseas, with Micallef Grimaud completing a mural in Leeuwarden in the Netherlands when it shared the capital of culture title with Malta in 2018.