Malta remembered the war dead in the traditional Poppy Day on Sunday with pontifical Mass at St John’s Co-Cathedral followed by a parade and wreath-laying at the foot of the cenotaph in Floriana.

Before the Mass he inspected a Guard of Honour mounted jointly by the Armed Forces of Malta and the Police.

Following the Mass the Guard marched to Floriana and stood smartly along one side of the war memorial while former servicemen, many of them wearing their medals, stood opposite.

Four soldiers stood, head bowed and rifles reversed, on the four corners of the memorial. 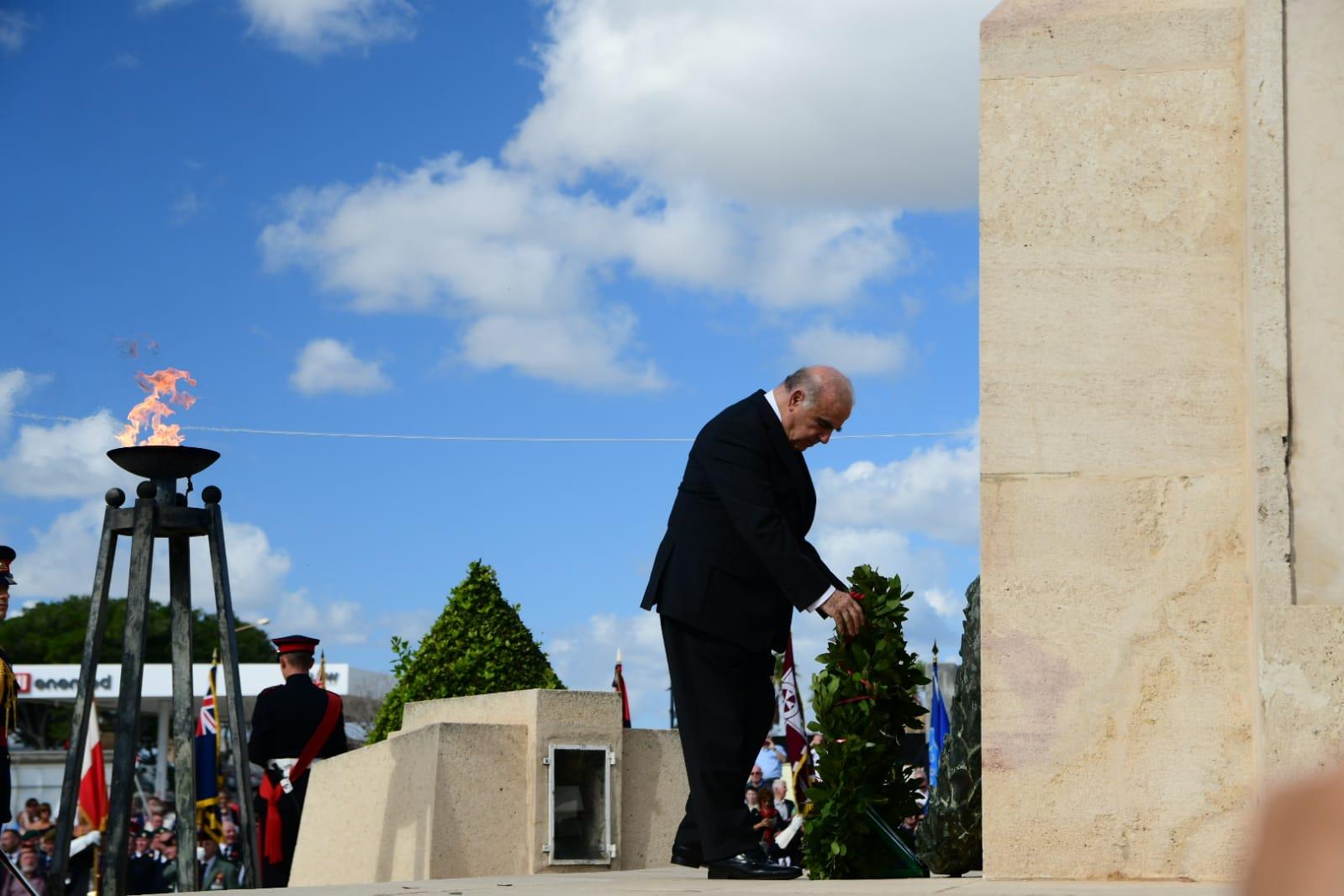 President Vella was the first to lay a wreath of poppies, followed by Deputy Prime Minister Chris Fearne (standing in for Prime Minister Joseph Muscat who is abroad), the Speaker, representatives of the political parties, members of the diplomatic corps and ex-servicemen’s organisations, among others.

At the end of the ceremony, poppies were dropped from a low-flying AFM aircraft.

Remembrance Sunday is marked throughout the Commonwealth. It is held on the Sunday closest to November 11, the day in 1918 when the First World War ended. 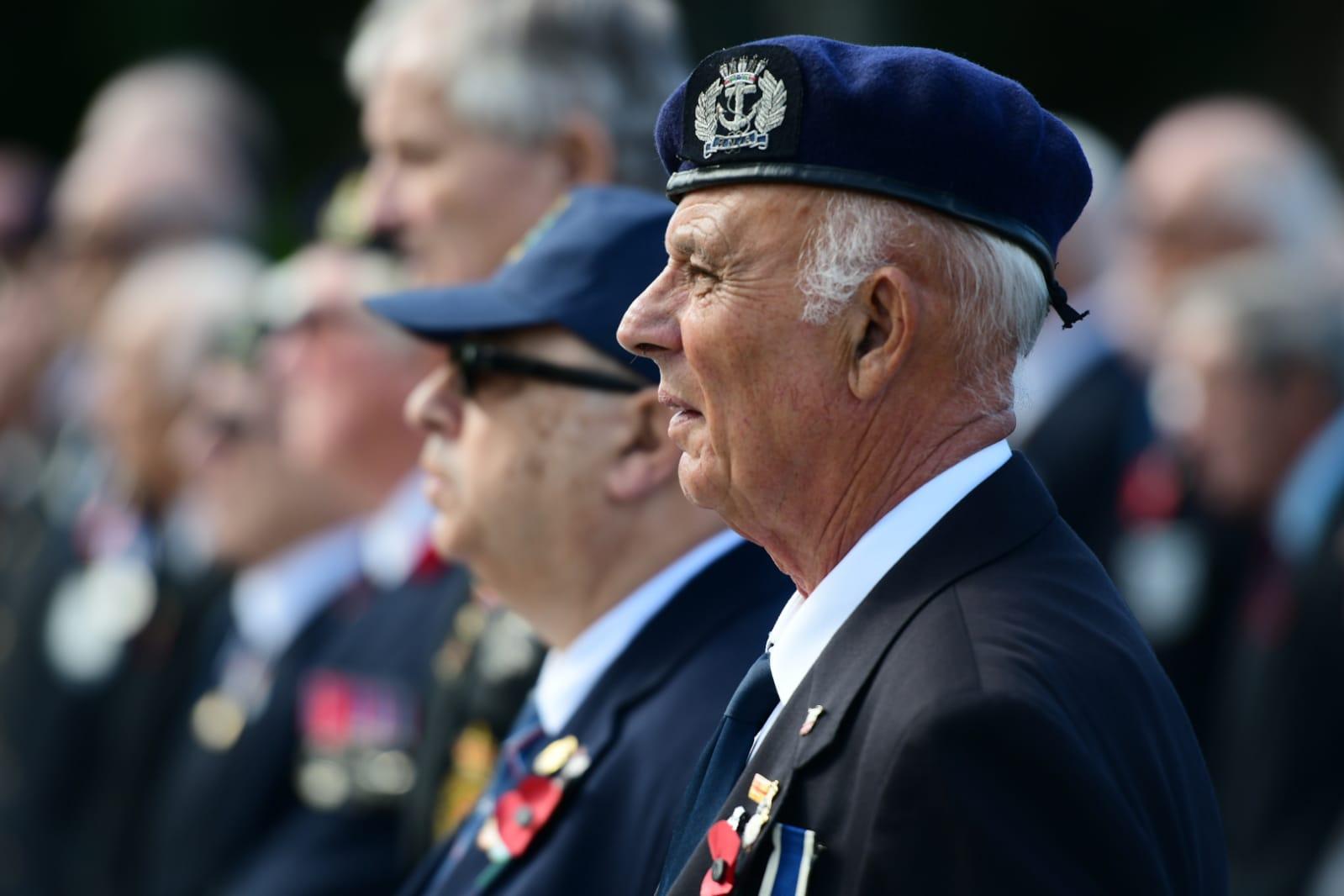 The Floriana war memorial was originally built to mark the victims of the First World War.

It was later dismantled and rebuilt a few metres away to align it with the newly rebuilt St Anne Street and tablets affixed to it were changed so that it also became a memorial to the civilian and military victims of the Second World War. Just over 1,500 Maltese civilians died in the Second World War, along with several hundred who served in the military. 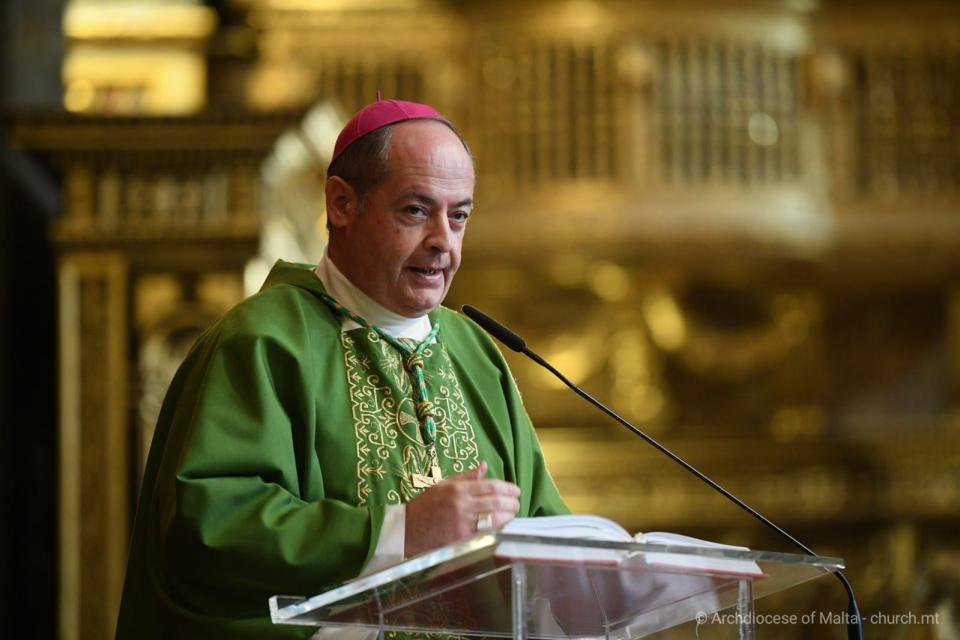 In his homily during the Mass, Bishop Galea Curmi said the memories of the war should never be erased. One should remember the victims of wars and the causes of the conflicts as a lesson for the future. But one should no longer bear hatred against the perpetrators.

Mgr Galea Curmi underlined the importance of peace, which should not be just the absence of war, but a peace based on justice, honesty and the truth, as well as peace in people’s hearts.

Mgr Galea said this was a remembrance of thousands of people whose life was cut short by war. While it was right and proper to remember them but also to bear in mind that all life should be cherished, from conception right through to natural death.