A magnitude 6.8 earthquake strikes Drachir with extensive damage, a fictitious developing country with a history of political rivalry and instability, conflict and deteriorating infrastructure, and with existing humanitarian concerns. 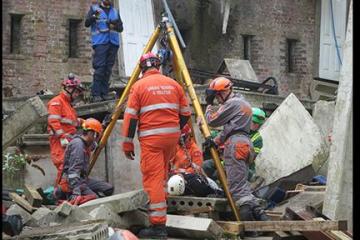 This was the scenario presented in SimEx2016, a medium scale emergency response exercise focusing on Urban Search and Rescue, humanitarian assessment and response in the initial phase of an emergency, organised by the University of Portsmouth, UK in May, involving over 400 participants.

Students from the MSc in Crisis and Disaster Management acted as the United Nations Disaster Assessment and Coordination (UNDAC) team, organising response and relief efforts to assist the devastated country. 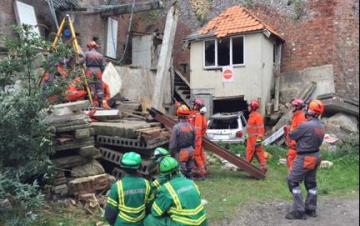 Over the three-day simulation period, the EFRU team, in collaboration with Serve On, assisted in setting up the Base of Operations (BoO), participated in the ferrying and attending of refugees from the stricken country, helped in coastal surveys, assisted Hampshire Fire and Rescue, and Serve On ERT teams with various USAR tasks, and provided immediate lifesaving assistance in a demilitarised refugee camp.

This exercise offered an invaluable experience to our EFRU volunteers, particularly in aiding the improvement of their technical and inter-organisational coordination skills required in similar disaster response deployments, as it offered a realistic multi-sector platform for various teams to collaborate and share their respective capabilities. This opportunity was made possible thanks to EFRU’s and Serve On’s mutual relationship within EVOLSAR’s association. 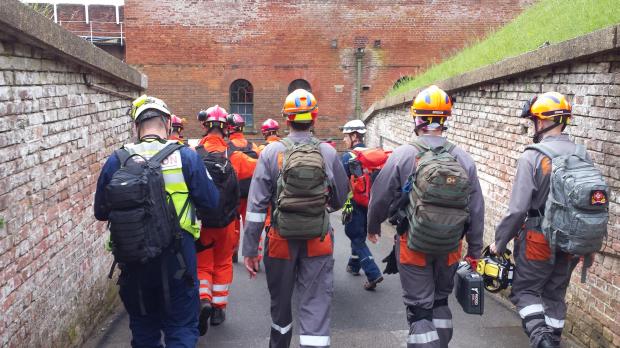