The unexpected decision was taken during the current CHOGM in Sri Lanka which is being attended by Prime Minister Joseph Muscat.

Malta showed interest in  hosting the event after the expected host, Mauritius, withdrew.

The decision was unanimous even though New Zealand had shown some initial interest. 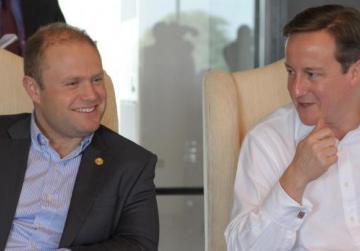 Dr Muscat with Brithsh PM Cameron at the casual retreat during the current CHOGM.

Dr Muscat said this was another important moment which consolidated the respect which Malta enjoyed among the member states of the Commonwealth and the international community.

This event would be held as Malta also prepared to serve as president of the European Union in 2017 and the Cultural Capital V18.

CHOGM would also be another injection into the economy.

He noted that host countries normally had four years to prepare to host CHOHM but he was sure Malta would rise to the occasion to host the event in two years' time.