6.03pm Updated with Friends of the Earth statement

Malta is to vote against the renewal of licenses for a controversial herbicide with potential links to cancer, the Environment Ministry said this afternoon.

The decision to oppose the renewal of glyphosate, most commonly used in Monsanto's herbicide RoundUp, comes after Brussels-based lobbyists had indicated that Malta was in favour of reauthorising its use. 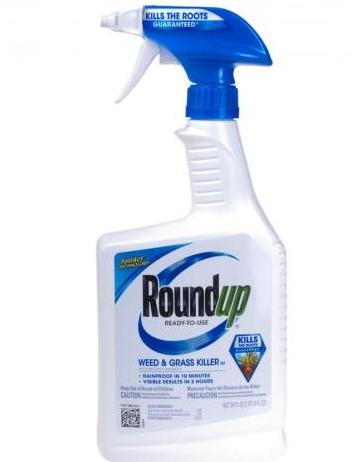 "In the absence of scientific consensus regarding glyphosate, Malta’s original position was to abstain and recommended the possibility of implementing more restringent conditions in the licensing regimes at a national level," an Environment Ministry statement read.

"Today, however, the Government has decided to further apply the precautionary principle and, therefore, Malta should vote against the renewal of such licences."

Glyphosate's license is up for renewal in June. The European Commission wants its license to be renewed for 15 years without any substantial changes - a stance which has drawn significant criticism.

MEPs have voted to approve the herbicide for an additional seven years and for restrictions on its use to be put into place. These would include a ban on the general public using it.

But environmental campaigners, as well countries such as France, Sweden and Italy, have come out against a renewal of glyphosate licenses. Malta has now joined that position.

Environment Minister Jose Herrera has now issued instructions for the Commission to be informed of Malta's change of heart.

"For the Maltese Government, environmental issues are definitely a priority," the ministry said.

'A mature decision' - Organic Movement, Friends of the Earth

The Malta Organic Agriculture Movement welcomed the decision, saying it showed "maturity from the government's side."

"We welcome even more that fact that Malta’s vote can help to overturn the EU’s position on glyphosate," the movement said.

"In the possibility that this chemical is approved in a limited form, we still encourage the Maltese government to ban completely this possible carcinogenic chemical from the Maltese islands just the same."

"When the medical health bill for Malta keep growing and growing year in year out, we cannot afford to allow the use of such chemicals that increases the risk of cancer amongst the Maltese population."

It thanked all the supporters who had joined the Clean Food Movement (which the MOAM forms part of) during last Saturday's march against Monsanto.

Friends of the Earth Malta was also pleased with the turn of events, saying the decision taken was "in the interest of the health of Malta's citizens and our environment."

"We now hope for an EU wide ban on glyphosate which would transform European agriculture making it greener and publicly acceptable," the group said.