Malta has been told by UNESCO to prepare for a tsunami within 30 years and that at least one of its coastal towns should have tsunami preparations in place by the end of 2023.

The chance of a tsunami within the next three decades is “100 per cent”, UNESCO said, urging at-risk coastal cities on the Mediterranean Sea to become ‘tsunami-ready’.

If Malta is surprised by a tsunami, it will be a high impact because of the many boats and expensive vessels- Denis Chang Seng

“In the Mediterranean, there is no question about it: it is not if; it’s when,” said Denis Chang Seng, programme specialist of the Intergovernmental Coordination Group for the Tsunami Early Warning and Mitigation System in the North-eastern Atlantic, the Mediterranean and connected seas.

UNESCO’s risk statement refers to one-metre waves in the whole Mediterranean region. These can move and lift cars off the ground while smaller ones can result in walls of water travelling at 65km/h.

Calculating the impact on the island of an imminent tsunami would require socio-economic data and knowledge of the value of assets, Chang Seng said.

“But, certainly, if Malta is surprised by a tsunami, it will be a high impact because of the many boats and expensive vessels.” 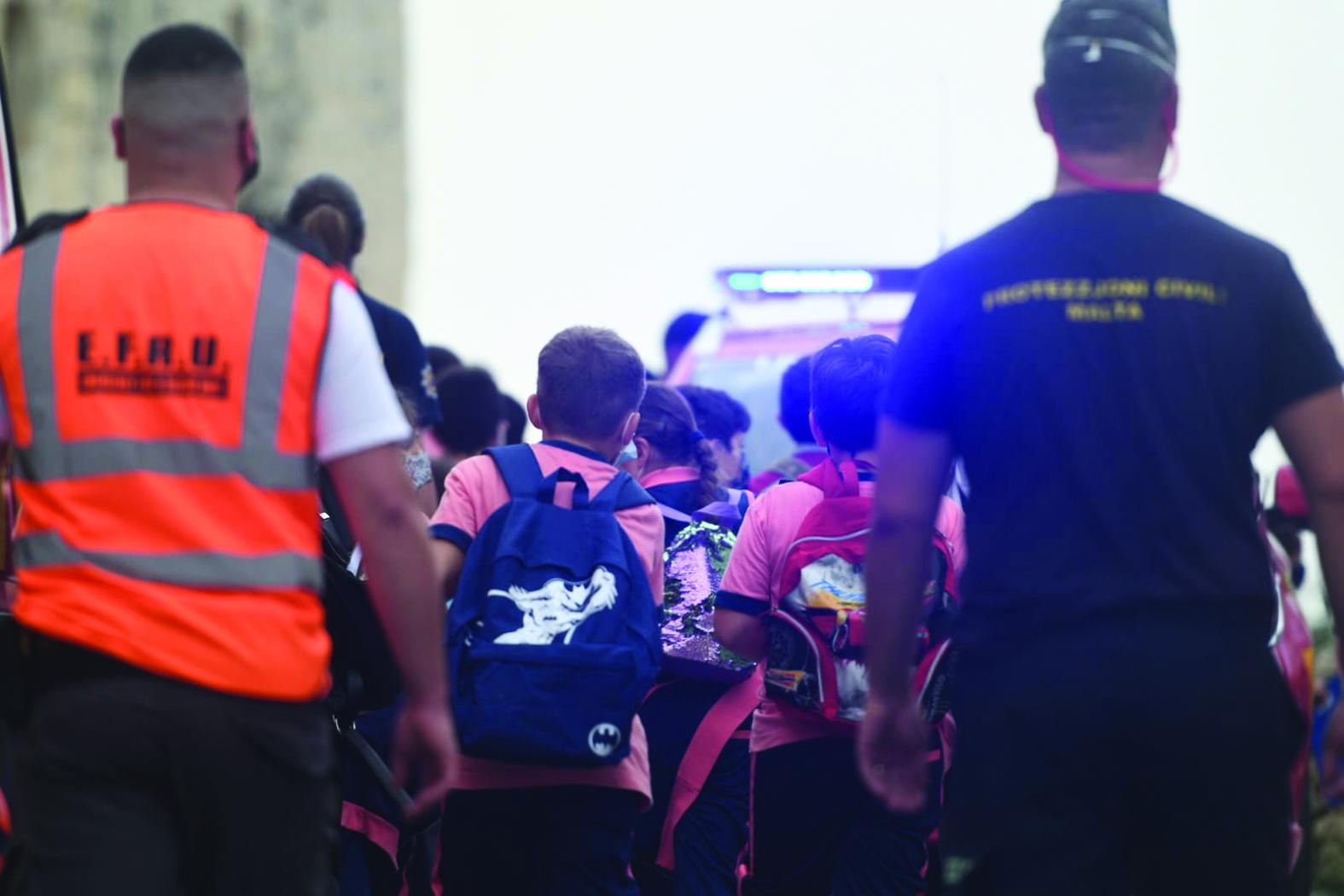 UNESCO says the entire community need to be prepared for a tsunami, including children like these who took part in an exercise in Marsaxlokk last year. Photo: Jonathan Borg

The risk has “actually materialised and is not just statistics and theory” as evidenced in the “significant” tsunamis that have already occurred in 2017 and 2020 in Greece and Turkey, he stressed.

“You do not have to wait 30 years for a tsunami. It could happen any time; even tomorrow, although the risks in terms of percentage would be lower,” Chang Seng told Times of Malta.

He was contacted after a recent article in The Guardian singled out Marseille, Alexandria, Istanbul, Cannes and Chipiona on Spain’s Atlantic coast as being at risk and preparing for a Mediterranean tsunami.

Malta is at risk

But the lead tsunami expert of the UN’s educational, scientific and cultural organisation, Bernardo Aliaga, confirmed Malta, bang in the heart of the Med, was also at risk and that action to mitigate damage is under way.

Malta’s EU-funded, 30-month, Intergovernmental Oceanographic Commission project, CoastWAVE, will see it join another six Mediterranean countries whose communities will be recognised as tsunami-ready, culminating in the installation of a permanent tsunami-alerting system.

UNESCO and its local partners, the University of Malta and the Civil Protection Department (CPD), are gearing up to embark on the initiatives that should lead to a nation-wide tsunami-ready strategy, said seismologist Pauline Galea from the university’s Department of Geosciences.

The CPD is subscribed to receive alert messages from the Regional Tsunami Service Provider in Rome in the case of a Mediterranean tsunami  and UNESCO strongly encouraged it to “take the lead, support the process and not fall behind”.

Marsaxlokk to be tsunami ready

Malta does not have a national tsunami warning centre yet and the university is taking on that role. But the country needs to consider setting up the proper structure to receive tsunami information from service providers in Italy, Greece or Turkey and give scientific advice for the CPD to then decide what action to take, Chang Seng urged.

The UNESCO-funded project prepares chosen Mediterranean communities to be ready for the eventuality, according to IOC guidelines, building on a previous Last Mile project.

Marsaxlokk, chosen as a case study, was set to become the first ‘tsunami ready’ location in Malta by satisfying 12 indicators, including hazard preparedness and response.

The fishermen were just sitting around- Denis Chang Seng

It is enroute to join 40 “tsunami-ready” towns and cities in 21 countries, making them safer.

The programme is part of UNESCO’s broader effort, launched ahead of the UN Oceans conference in Lisbon this week, to ensure all at-risk communities will know what to do in the event of a tsunami in eight years’ time.

In Marsaxlokk, the necessary infrastructure, such as information panels, sirens, signage and sea-level sensors were installed and tested during a full-blown warning and evacuation exercise last November.

Of its 3,500 population, 650, including 15 children and 135 people aged over 65, were in the evacuation zone and could be exposed to a tsunami, while 143 buildings could be impacted.

“It is a fishing port, so people and vessels would be at risk and they need to be prepared to respond,” Chang Seng said, observing that fishermen were “just sitting around and looking” during the exercise.

“It is about ownership and commitment from the community,” he insisted, adding “we want the fishermen, restaurateurs, teachers and students, even hotels and resorts, to be on board and support”.

The idea is to expand to other communities in Malta and UNESCO will continue to seek funding from the EU and other sources.

The reason for its high-level message was to make people understand the risk and get prepared, Chang Seng said.

“Ignite the fire in Marsaxlokk and, hopefully, the government and the public will take responsibility and create a sustainable continuation of the project in different areas.”

The risk of a tsunami in Mediterranean coastal communities is predicted to soar as sea levels rise, increasing the impact.

The Indian Ocean tsunami, on Boxing Day 2004, the deadliest in recent history, killed an estimated 230,000 people in 14 countries while the 9.1-magnitude earthquake and tsunami in 2011, which reached nearly 40 metres in height, killed 18,000 people in Japan.

While communities in the Pacific and Indian Ocean, where most tsunamis occurred, were often aware of the dangers, these were underestimated in other coastal regions, including the Mediterranean.

“We want 100 per cent of communities, where there is a proven hazard, to be ready to respond by 2030,” Aliago said.

“They will have evacuation maps, carried out exercises and they will already have in place 24-hour alerts.

“In a local tsunami, you have 20 minutes maximum before the first wave hits. The second wave is larger and comes 40 minutes after the first one.

“You still have the possibility of escape.” 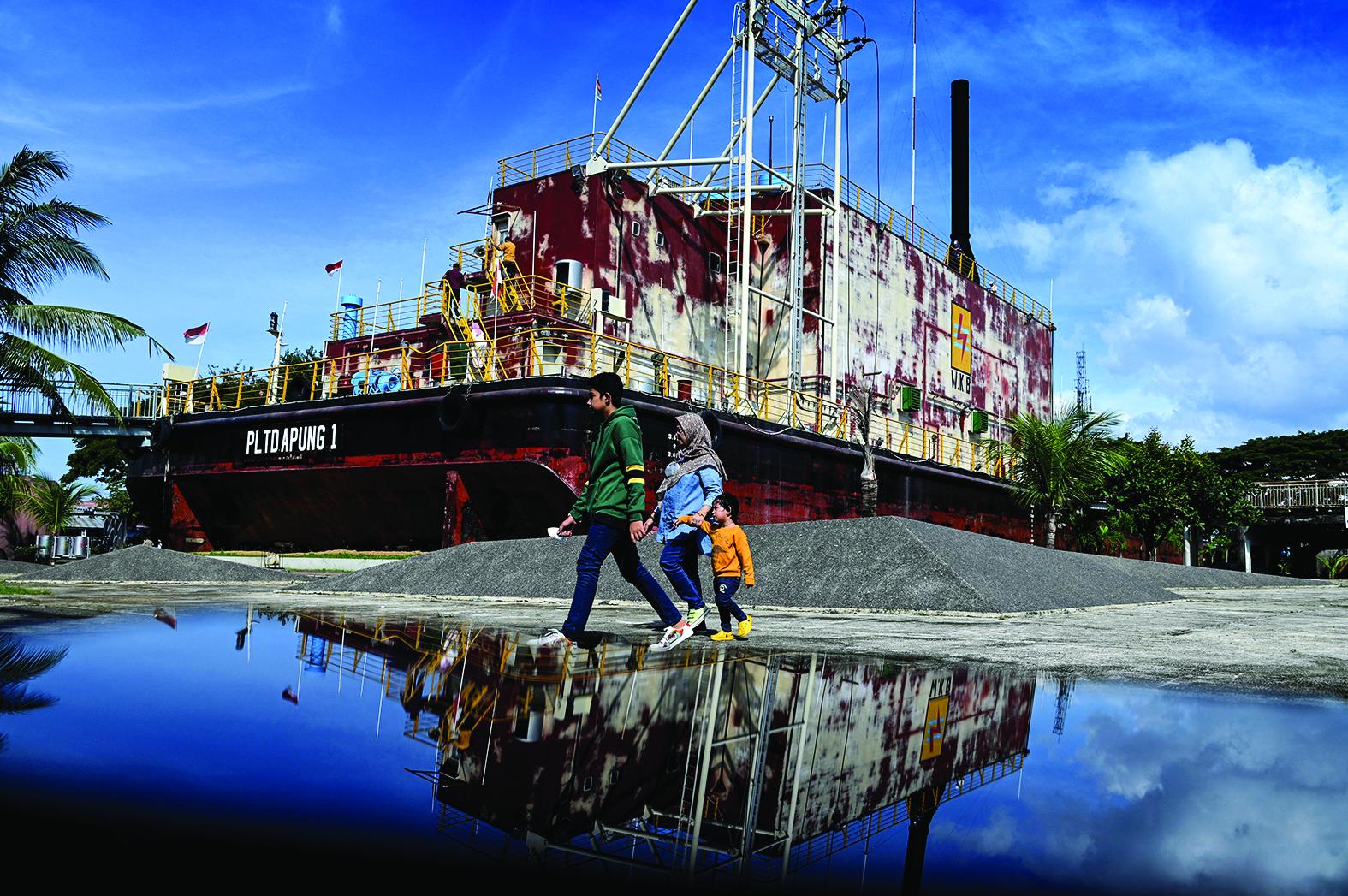 The Apung 1, a ship which was transported inland during the 2004 Boxing Day tsunami in Banda Ache, Indonesia, has been turned into a landmark dedicated to the disaster. Photo: AFP