More than 10 per cent of the Maltese believe their homes do not receive enough daylight, the highest percentage among all EU states, official data shows.

In 2018, 11.2 per cent of Malta’s population believed that their homes were too dark indoors, a far cry from the EU average of 5.1 per cent, according to Eurostat.

Portugal’s population has the second largest share of respondents who believed their homes were also too dark (10 per cent), followed by Greece (5.4 per cent) and Spain (4.9 per cent). Only 2.9 per cent of Slovakia’s population were unhappy with light within their homes.

More than a third of women aged 65 and over who live in households of three or more adults with dependent children accounted for the highest number who considered their dwellings to be too dark. Men over 65 from the same household type accounted for 26.7 per cent.

The figures were based on data from the EU’s Statistics on Income and Living Conditions.

Commenting on the data, Vincent Buhagiar, from University of Malta’s Department of Environmental Design, Faculty of the Built Environment, told Times of Malta that this is a growing problem with the lowest two floors of modern dwellings, particularly in dense urban areas.

He explained that with the relaxation of building height limitation and the move towards more modern residential building stock Malta has seen a major increase in the number of five or more level apartment blocks. 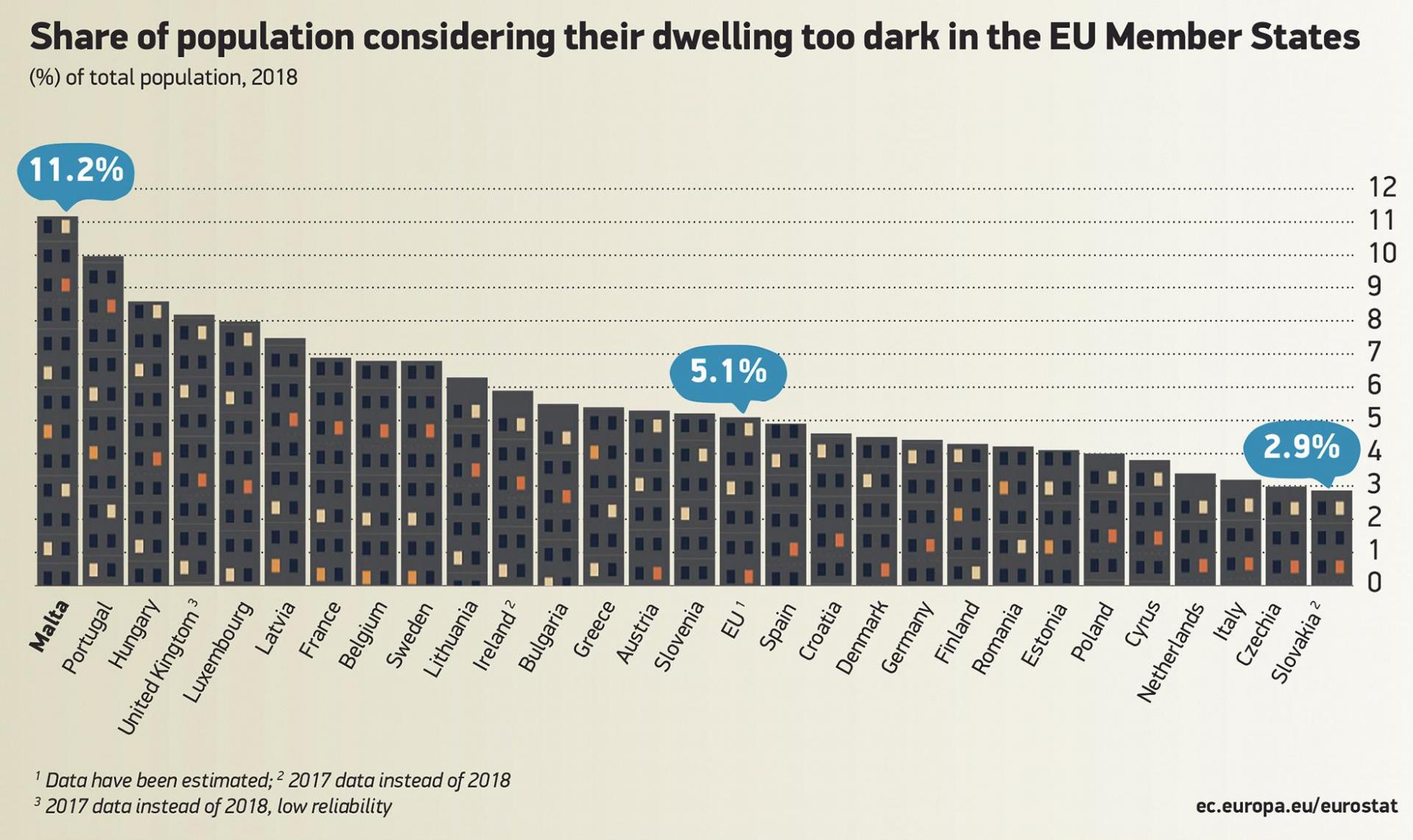 The result meant that ground and first floor levels are unable to receive enough light and proper ventilation, “two basic conditions for a sense of well-being”.

Prior to the height relaxation policy in 2014, the well-established ‘sanitary laws’ existed to allow for an internal ‘unbuilt’ yard measuring 10x6 feet, and a backyard of 10 feet. This was specifically designed to allow enough light and ventilation to enter a building.

Prof. Buhagiar added that the Planning Authority had enacted a setback policy that the upper floors of the building must be set back by 1.5 metres per floor in order to allow more natural light. However, he said the findings from the EU survey indicate that the “public still find this insufficient”.

In September 2018, NGOs warned that a proposed 35-metre high wall at a development in Ġuże Howard Street, Sliema, would effectively shut out natural light and air from the street.