Gżira United turned the impossible into possible earlier this month when they came back from three goals down to dump out Croatian heavyweights Hajduk Split from the Europa League.

The Maroons’ triumph will be remembered for a very long time in the history of Maltese football, along with other famous European achievements such as Birkirkara’s elimination of Scottish Premier League side Hearts that put them as the first Maltese team to reach the third qualifying round of the Europa League.

Gżira are just one step away from matching that feat when they face Ventspils in the first leg, tomorrow in Latvia.

Veteran goalkeeper Justin Haber, who defended Gżira’s goal against Hajduk, is no new face to such landmark moments.

He was Birkirkara’s no. 1 when they defeated English Premier League side West Ham only to miss out on qualification after a penalty shoot-out, ironically under the guidance of his current coach Giovanni Tedesco.

Speaking to the Times of Malta, the veteran 38-year-old goalkeeper said that experience with Birkirkara had instilled in him hope that they could still progress despite losing the first leg in Malta 2-0.

“Although we had lost the first leg against Hajduk 2-0 at home, we still believed that we could qualify because in the game played in Malta we had our chances and the goals we conceded were a bit unfortunate,” Haber said.

“The first one was a penalty which hit the post before the player tapped the ball in from the rebound while the other goal arrived deep in stoppage time.

“The week prior to the return game was very difficult, it was not easy to be motivated in our training sessions.”

Giovanni Tedesco, dubbed as ‘Mister Europa’ by the Italian media after the Split comeback has showed that his tactical nous can help Maltese sides earn credibility in Europe.

While at Floriana, he managed to hold Serbia’s Red Star to a 3-3 draw while with Birkirkara he defeated West Ham.

In fact, in the build-up to the second leg match, Tedesco continued to repeat to his players that if they had to bow out, at least they have to give their all and make their European appearance count.

Had Kone’s goals been scored by Lionel Messi or Cristiano Ronaldo, they would be still aired on TV stations

“In the pre-game press conference I underlined our belief, especially due to the circumstances in which we conceded the goals in Malta,” Haber said.

“At the other end, however, there was a lot of disrespect towards us from the Croatians and I have to admit, that the Hajduk Split coach deserved to be sacked after his comments about us.”

Prior to the second leg, coach Sinisa Orescanin, had claimed that “it is easier to witness aliens rather than Gżira United qualifying.” 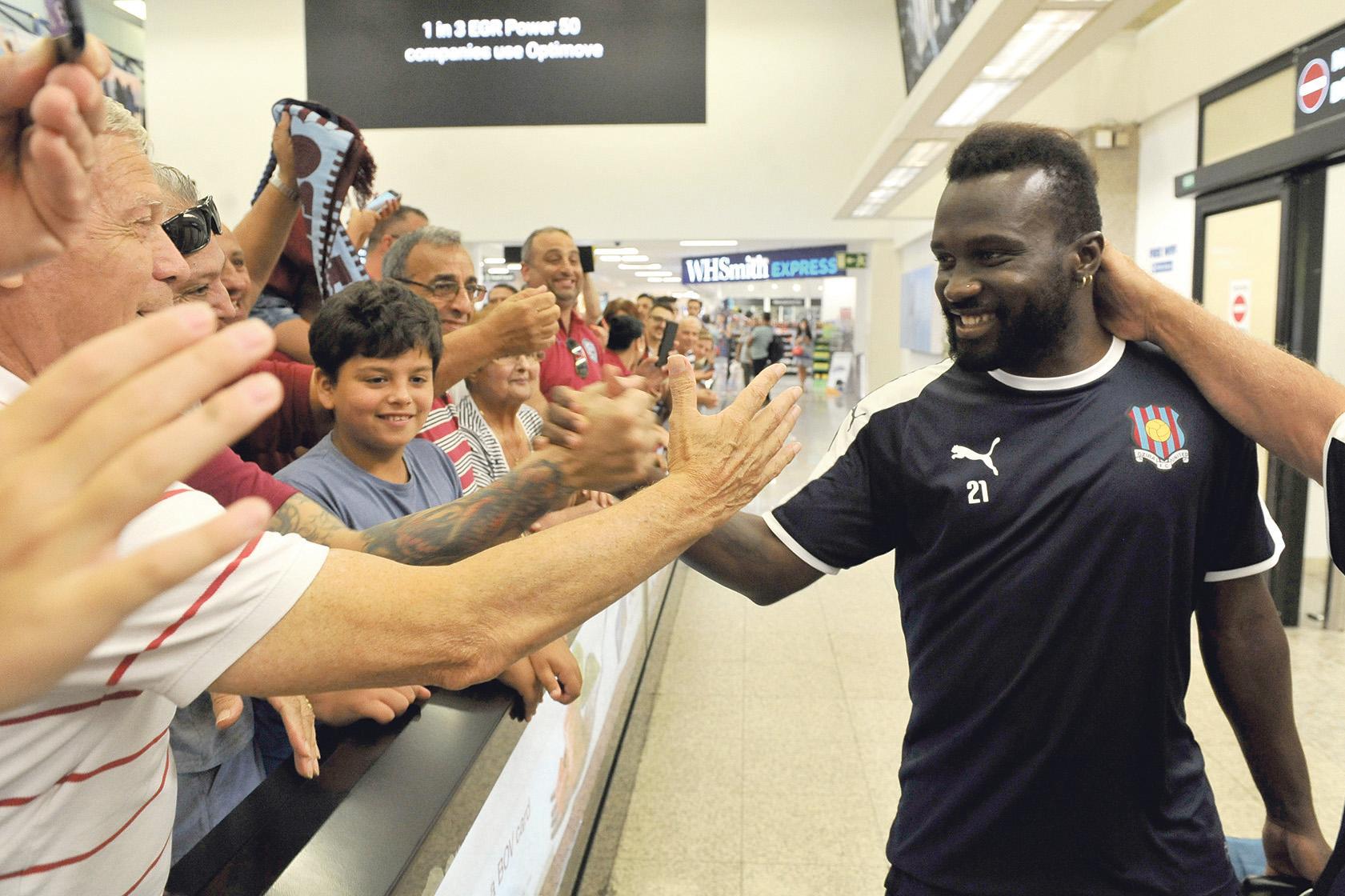 Gżira United’s hero Hamed Kone is greeted by the fans on the team’s return from Split.

This quote was inevitably reminded to the Hajduk fans by their fierce rivals Dinamo Zagreb, who in their league opener the day after the Europa League match, put on a banner in their stadium saying, “That night in Split with aliens.”

“Given that we had to depart from Croatia’s capital, Zagreb, we were greeted with delight by everyone there as they all cheer for Dinamo Zagreb and there we could already see the magnitude of our success,” Haber said.

The Malta goalkeeper heaped praise on his team-mates because they made him feel proud that night for the fact they continued to play their football even when they were three goals down on aggregate and in the end their perseverance was rewarded.

“Despite falling behind in the game and being under a lot of pressure, we wanted to try and impose our game,” the Gżira goalkeeper said.

“Tedesco wanted us to keep attacking and thanks to two picture goals from Hamed Kone we reached our objective.

“Had Kone’s goals been scored by Lionel Messi or Cristiano Ronaldo, they would be still on TV stations.

“After that third goal and the final whistle, there were a lot of emotions – we did something that not even foreign teams can do on the Hajduk pitch and that is why I feel that Maltese football triumphed during that night in Split.”

Turning his sights on Gżira’s challenge against Ventspils tomorrow, Haber has urged his players to remain humble and avoid any complacency.

“We have to keep our feet rooted to the ground as the second qualifying round is an important game for us, and we want to make it through to the next round,” he said.

“I was under (Giovanni) Tedesco when Birkirkara beat West Ham and I want to make sure to share that experience with the young players in particular.

“The name of the opponent does not put the Latvian side in any advantage spot – we train, we dream to record memorable nights like in Split and although I may be 38 now, that is what is still keeping me motivated to play at the highest levels.”