The employment agreement between Malta and Tunisia sends out a strong signal there is a legal way to migration, Tunisian Ambassador Zyed Bouzouita told The Sunday Times of Malta.

The agreement, signed during last week’s visit to Malta by Tunisian President Beji Caid Essebsi, paves the way for Tunisians to work here tempora­rily so as to fill the void in the Maltese labour market.

“This agreement sends out a strong signal that there is a legal way to migration and that illegal migration certainly does not pay. 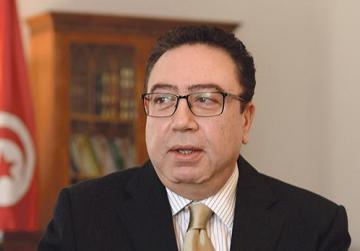 Tunisian Ambassador Zyed Bouzouita: “This agreement sends out a strong signal that there is a legal way to migration and that illegal migration certainly does not pay.” Photo: Matthew Mirabelli

“The most important thing for us is that this exchange of workers between Malta and Tunisia is based on a legal framework, it shows that migration can be managed and illegal migration will be dissuaded. We want this to be a model project for other countries,” Mr Bouzouita said.

He said the accord was good for both countries. “Malta needs an influx of foreign labour and at the same time Tunisia has an unemployment problem – there are skilled workers who are looking for a job either in Tunisia or outside the country.”

Tunisia’s unemployment rate is currently 14 per cent, he said, so this agreement would help reduce the jobless rate among the young who would like to spend some time working outside their country.

Under Tunisian law, anyone working outside the country for at least two years is entitled to certain tax exemptions on return.

“Tunisia and Malta are part of the 5 + 5 dialogue, and within this forum we are looking at giving a legal framework to migration,” he pointed out, stressing that migration was a cultural enrichment for both sides.

“We must remember that at the beginning of the last century the largest group of foreign nationals in Tunisia were Maltese, who were more numerous that the French or Italians, so we have historic links.”

The employment agreement will be supervised by the Embassy of Tunisia in Malta. It will be implemented shortly, following the signing of an executive protocol between JobsPlus and the Tunisian employment agency. The Malta Chamber of Commerce, he said, will be involved in discussions before the actual protocol accord is signed.

“JobsPlus are very keen about this agreement. Skilled Tunisian workers are very much sought after by Maltese entrepreneurs. We have received many requests for Tunisian workers from Maltese companies, especially those who have business interests in Tunisia.”

The agreement will allow Tunisians to work in Malta for two or three years, depending on their individual contracts, which will be renewable. Employees will come from all sectors, depending on the particular requests made by Maltese businesses.

The accord does not talk about numbers and this will depend on the demand by the Maltese side.

“In practice, JobsPlus would make a request to Tunisia on behalf of a Maltese company, and this request will be handled by the Tunisian employment agency. There will be a selection process and we will try to bring the best type of people to Malta. Companies in Malta want specialised, technical workers from Tunisia and we can provide all types of employees: university graduates, skilled technicians, people in the services sector such as tourism, even agricultural engineers,” he said.

These employees will be required to speak English. If they don’t they will receive some intensive training before coming to Malta, to have a basic knowledge of the language.

“I have also requested that an official from the Tunisian Em­ployment Ministry be based at the Tunisian Embassy in Malta to help manage this agreement. We will facilitate their stay in Malta (Tunisian workers) and supervise them throughout.”

The agreement also allows the families of Tunisian workers to join them here. The employees will pay tax and national insurance in Malta according to Maltese law, the ambassador said.

“Malta needs 13,000 foreign workers this year – I got this number from Education and Employment Minister Evarist Bartolo. Considering the excellent relations between the two countries and peoples, we hope to be able to provide a considerable amount of jobs that are needed,” he said.

He said it was his wish for Tunisia’s economic relations with Malta to be at the same level “as our excellent political relations”.

During President Essebsi’s State visit, three other agreements were signed between the two countries, namely a cultural agreement for 2019-2021, an MOU on early childhood and a protocol agreement on the elderly.