For nearly a century, the British waged war on the Maltese goat, a humble farm animal blamed by the occupiers for an illness that had swept over their troops.

But the goat was an important element in the local food chain, and the Maltese resisted the occupiers’ attempts at eradicating goats from the islands until they were threatened by food security in World War II.

During the war, the island’s isolation threatened its food supply, a scenario that Malta relived in 2020 when COVID took the world by storm.

“I think food security has, and will always be, an issue in Malta. When COVID-19 hit there was absolute havoc. We are small and so dependent on food importation, that the fact food may not reach our shores obviously gives rise to panic,” National Archives researcher Horace Vella told Times of Malta.

In 1942, the situation was quite dire, and goats were being slaughtered left, right and centre to feed the locals, depleting the goat population once and for all. 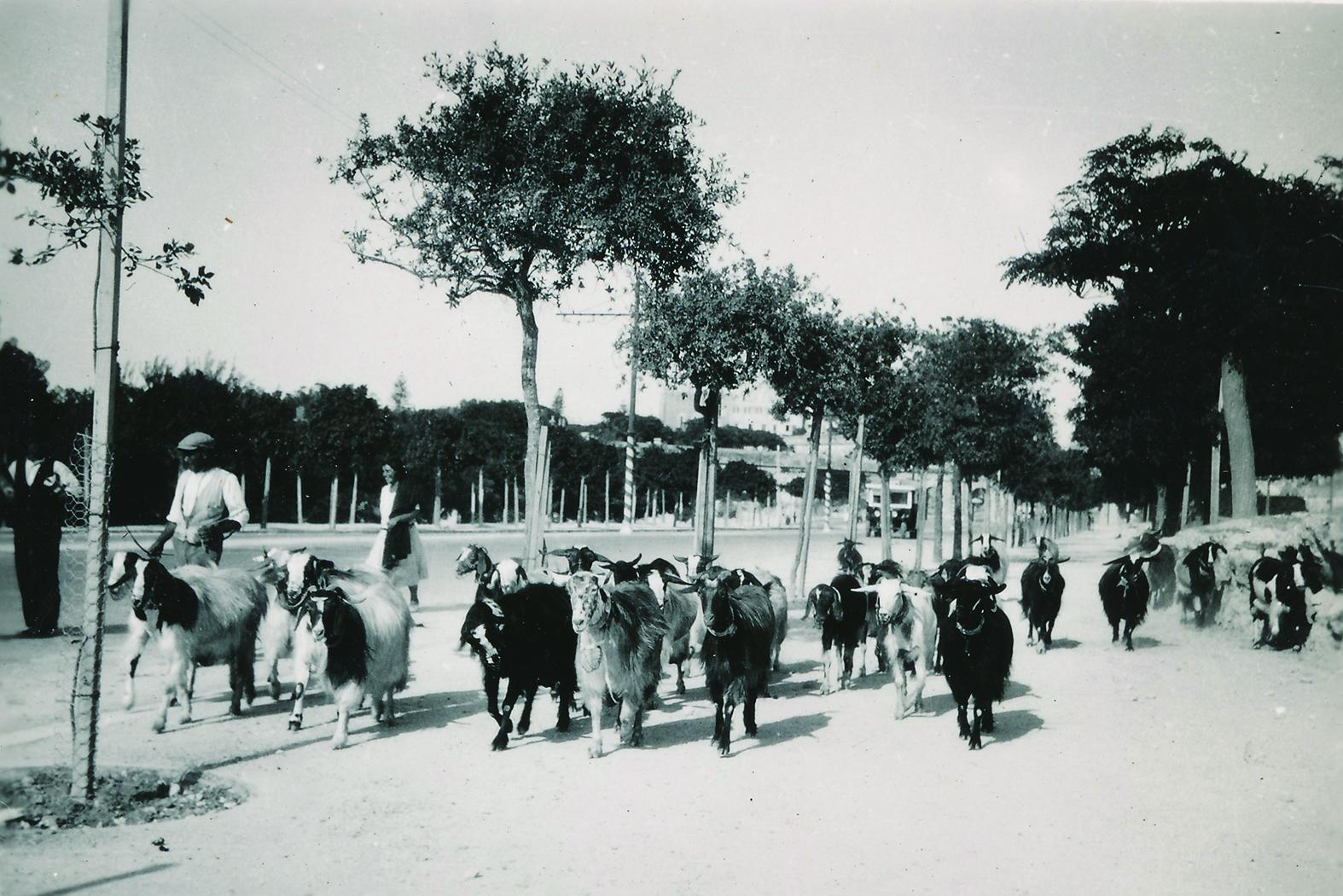 People were promised new flocks in exchange for the slaughtered ones, but by the end of the war, the northern European tradition of cow’s milk had trumped Malta’s relationship with the goat.

This relationship was first threatened during the Crimean War, around 1854.

“The British needed their troops in Malta to be as healthy as possible, but several were being found sick or maligned with a specific undulant fever. The fever was coming and going in waves, something the British found strange. 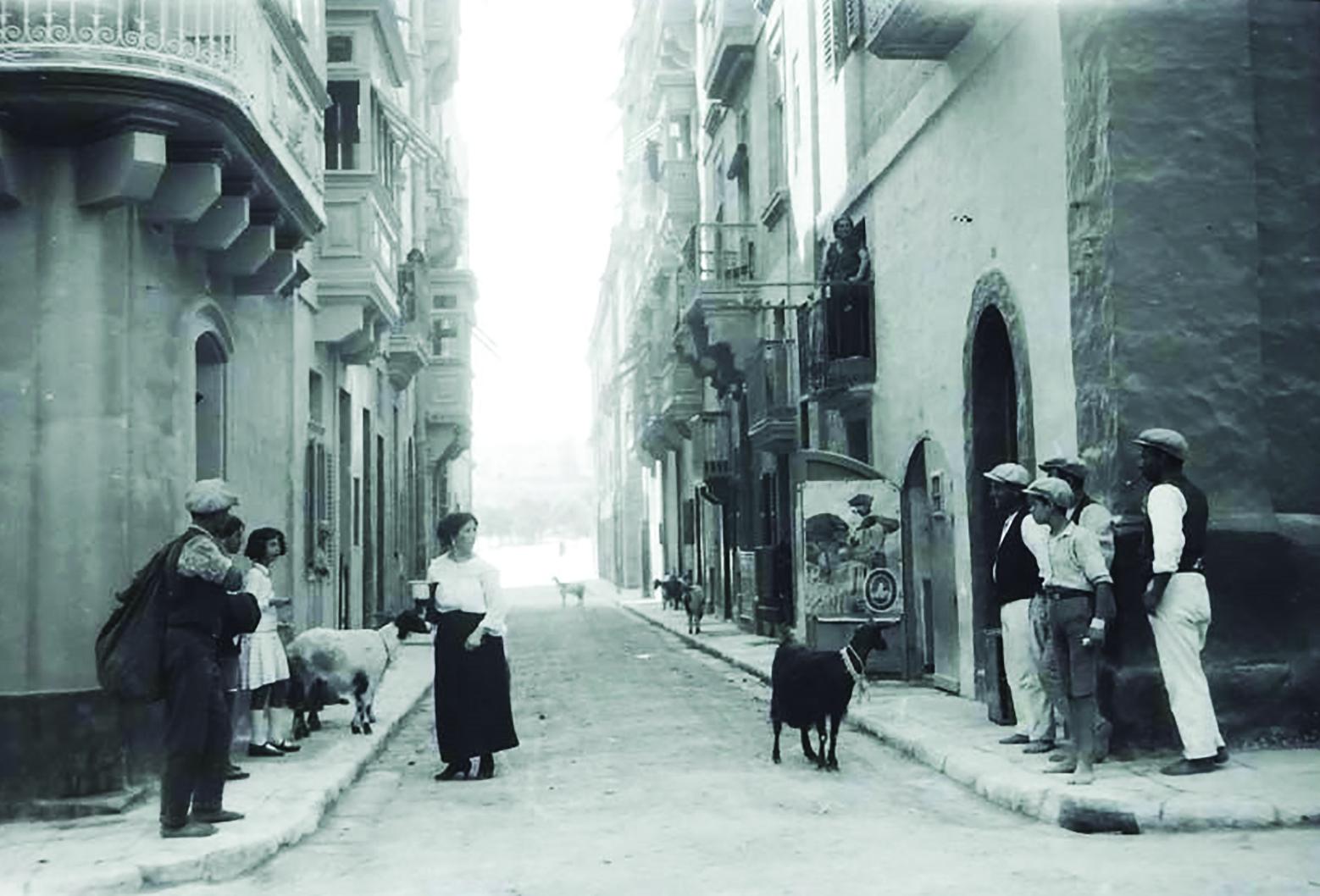 “One of the military’s investigating doctors, Captain David Bruce, discovered the bacteria that was causing the diseases. It was later named brucellosis after him. Then in 1905, Sir Temi Zammit discovered that the goat was carrying this fever.”

In order to protect its local garrison, the British government ordered the slaughter of sick goats.

Laying the blame for the Malta Fever on the goats did not go down well with the Maltese, who relied on goat’s milk as a part of their daily nutrition.

The goat had adapted well to the Maltese climate: Malta is a semi-arid Mediterranean island with limited vegetation, and the goat’s digestive system meant the animal could thrive on garigue flora while yielding a good amount of milk. 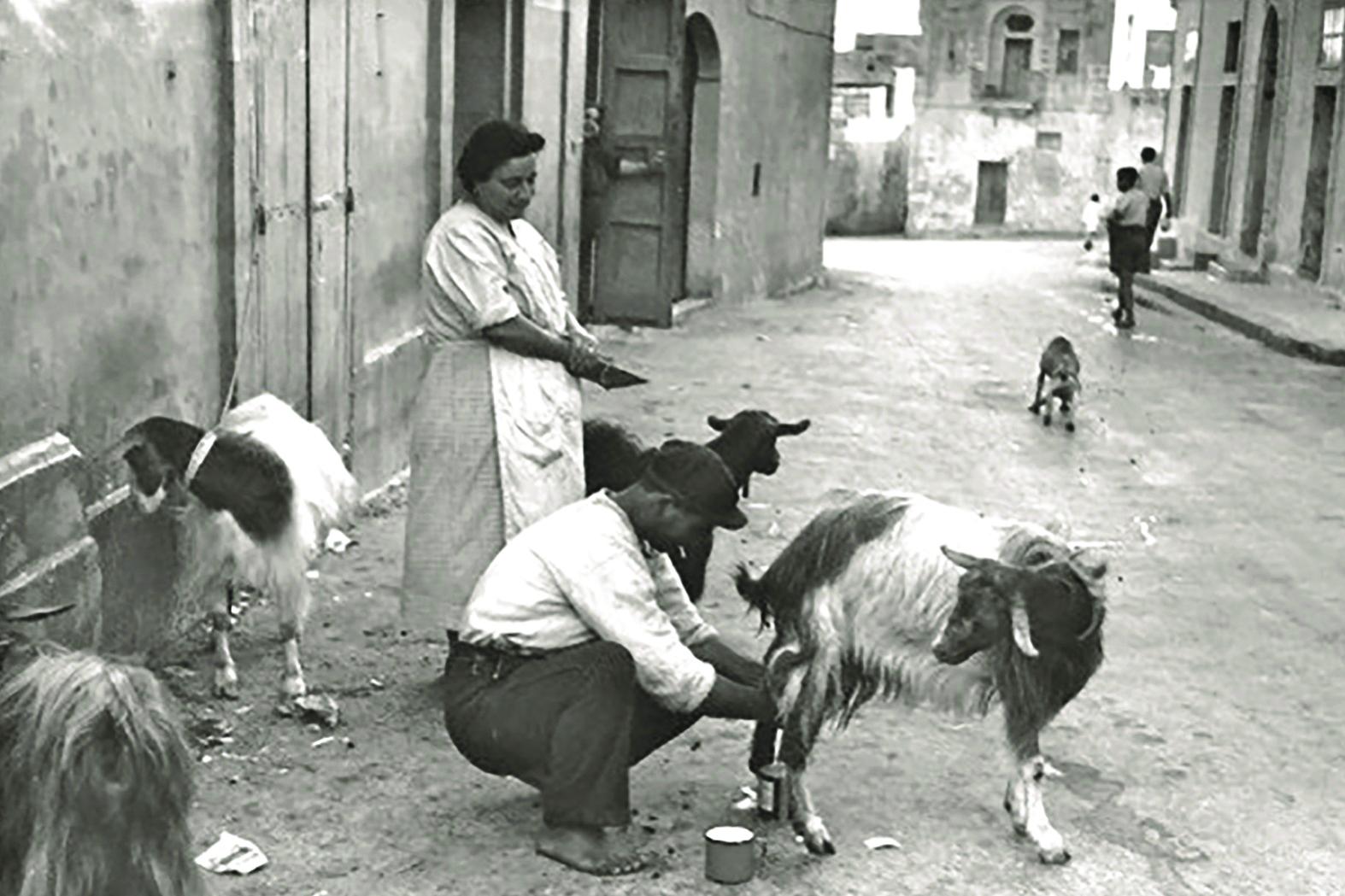 Milk was supplied directly from the goats

The slaughter order found huge opposition from herdsmen whose business was suddenly dealt a blow, but also the general populace, who found the provision system of goat’s milk quite convenient.

“The Maltese like to be spoiled in all aspects. Much like how in some places we can get bread on our doorstep, the herdsmen used to take their flock through village roads providing fresh milk directly from the goat.

“People used this milk in their day-to-day lives. They put it in their drink and food and fed infants with it. The goat was ingrained and entangled in our daily life, so when you offend the goat, you were also offending the local lifestyle.”

Despite the locals’ resistance, the undulant fever was not going away anytime soon. Cases continued to grow in the 1930s and so did the assault on the Maltese goat.

The British government sought to eliminate the presence of the goat by trying to eliminate dependence on it. It did not want another riot like that of 1919 triggered by bread prices and food shortage, so in 1932 the British pushed for pasteurisation.

Herdsman were required to take goats to milking stations in Ħamrun, San Ġwann and Tarxien, where the milk would be pasteurised, and by 1938 goats vanished from Valletta streets. 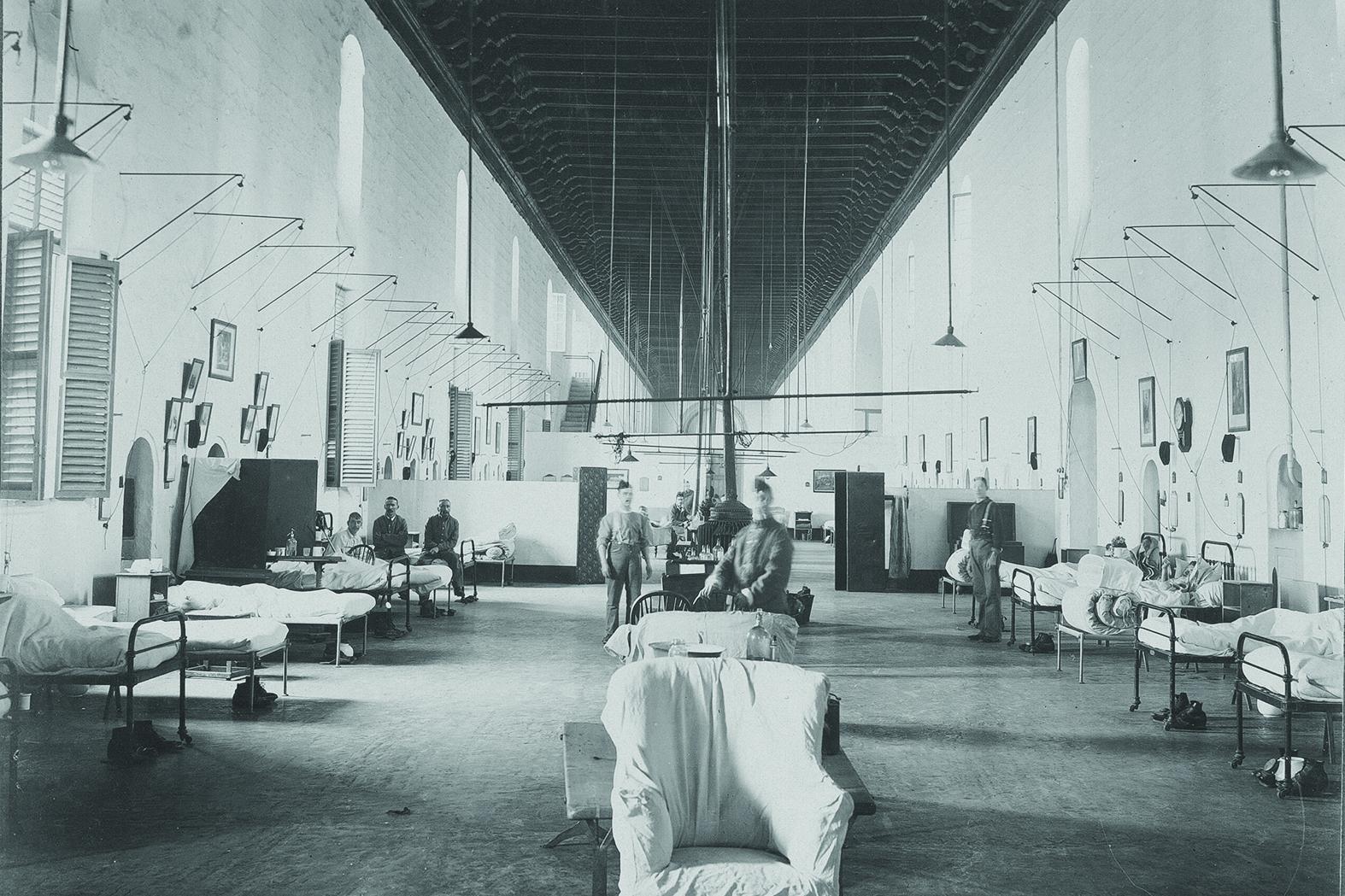 It was only in WWII, when the Empire had to tighten its belt and introduce rationing, that the Maltese goats once again featured in a slaughter policy.

In 1942, Jack Cecil Drummond took stock of the food situation in Malta and it was clear that the British biochemist did not look on the Maltese goat favourably. 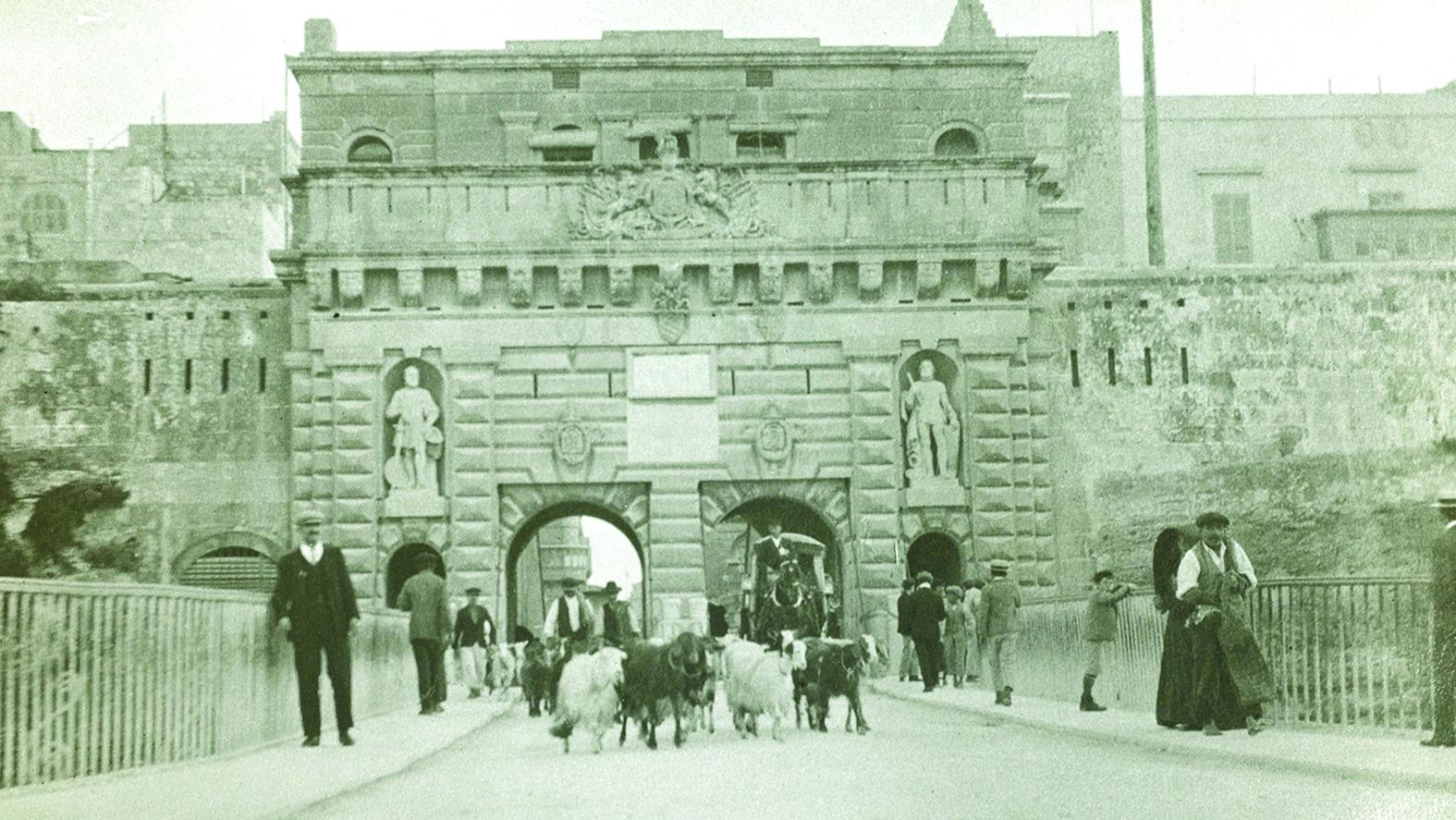 “According to Drummond, the goat was an ‘uneconomic unit’ trampling the roads… and leaving its droppings all over the place. He differed with what locals reported of its milk quality and said that it could not compare to British goats.”

Drummond recommended a slaughter policy, closing a long chapter on the Maltese goat.

This article is being published as part of a series called Malta’s hidden treasures, a collaboration between the National Archives of Malta and Times of Malta.

The project, forming part of the European Digital Treasures co-funded by the European Union through the Creative Europe programme, allows readers to gain an insight into Maltese history, society through our archives.

You can discover more at the National Archives of Malta headquartered at the historical building of Santo Spirito in Rabat and other archives.

If you are unable to visit the archives in person, you will soon be able to access an online oral and visual archive called Memorja. The website will be the main repository of recent Maltese national and public memory and will host hundreds of recollections dating back to the 1920s.

Those interested in this project can register online on www.memorja.com ahead of the launch of the website. More information about the national archives on 2145 9863 or customercare.archives@gov.mt.