A disused Armed Forces of Malta patrol boat is now a new wreck for recreational scuba divers to explore off Żonqor Point.

AFM patrol boat P-33 was scuttled on Saturday morning by the Malta Tourism Authority in collaboration with the Professional Diving School Association of Malta, Gozo and Comino.

The boat sank beneath the waves between the wrecks of St Michael and Melita, two tugboats that also serve as scuba diving sites.

The scuttling of the P-33 has been in the pipeline for years, with Times of Malta having reported back in 2012 that it was to be scuttled outside Marsalforn Bay in Gozo.

Those plans sank without a trace after environmental authorities flagged concerns about sinking the boat at the Gozo site, with talk of the patrol boat serving as a dive site only resurfacing recently.

According to the Professional Diving School Association, the vessel will rest on the seabed at a depth of around 20 metres, making the boat an ideal dive site for open water-certified scuba divers. 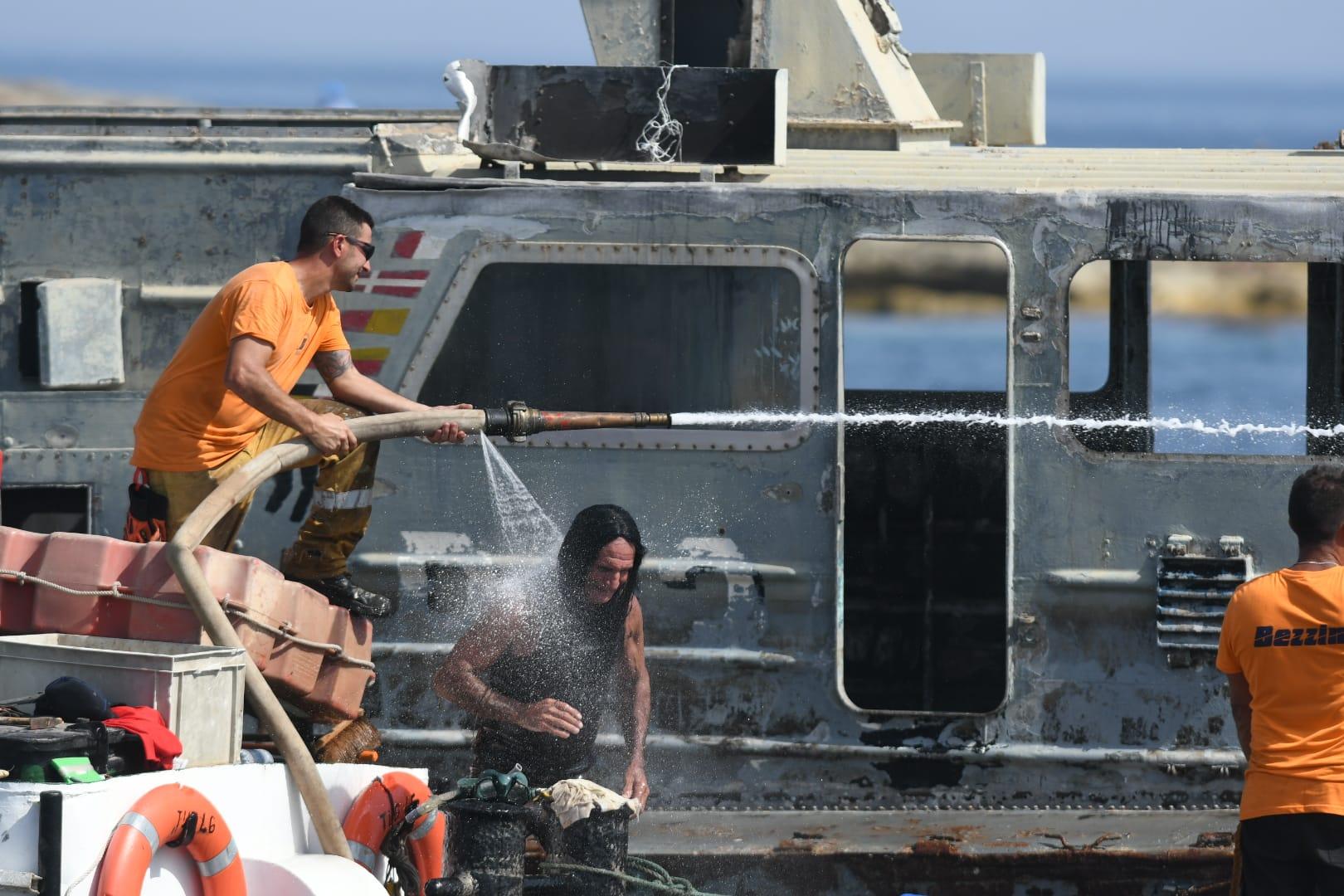 Preparing the scuttling of the new wreck Photo: Matthew Mirabelli

Malta is a popular scuba diving destination, with several warships, reefs, caves and even the wreck of a British air force bomber plane available for divers to explore. 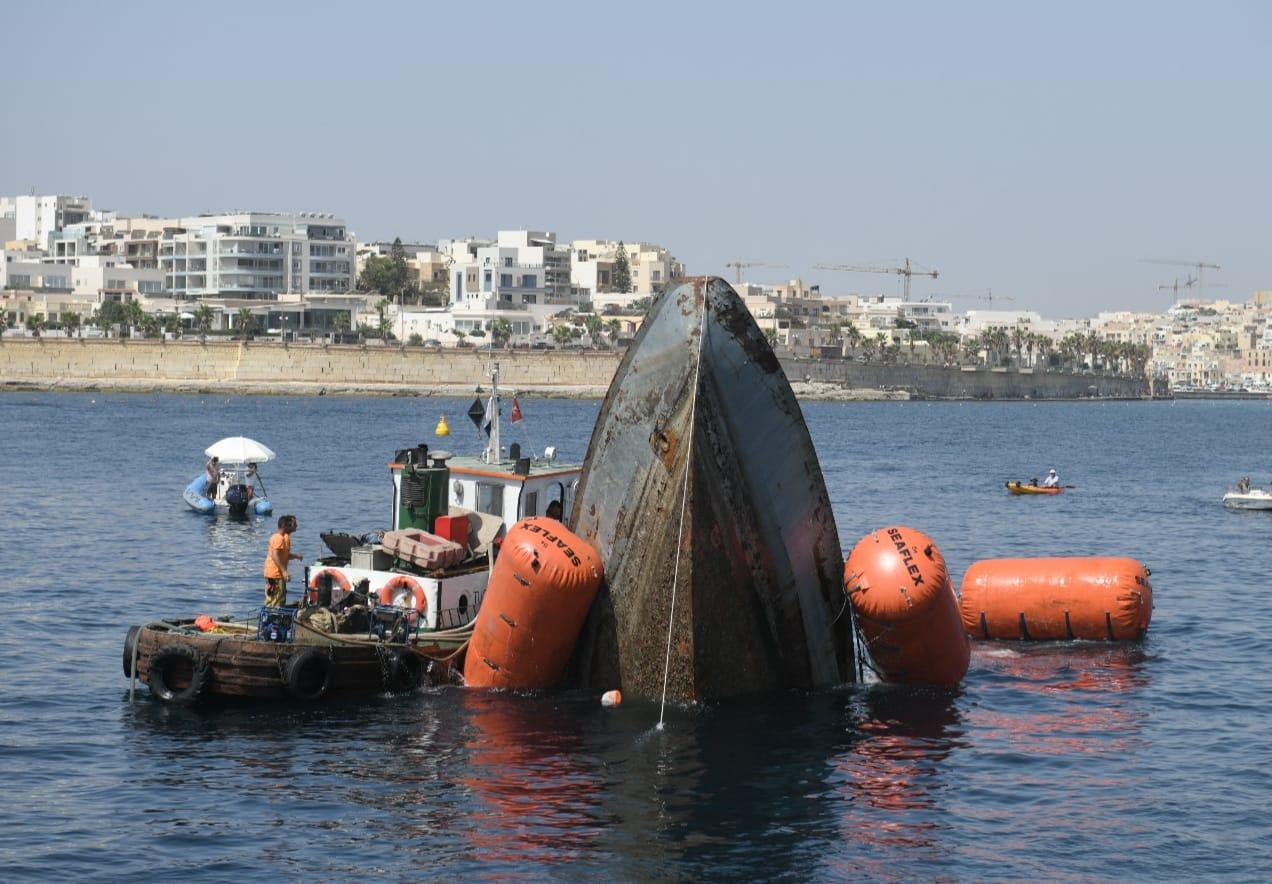 The history of patrol boat P-33

The vessels had served in the East Germany Navy and were bought by Malta when many East German vessels were sold cheaply after German reunification.

The P-33 served as a patrol boat in the Maritime Squadron of the Armed Forces of Malta until it was decommissioned in 2005. 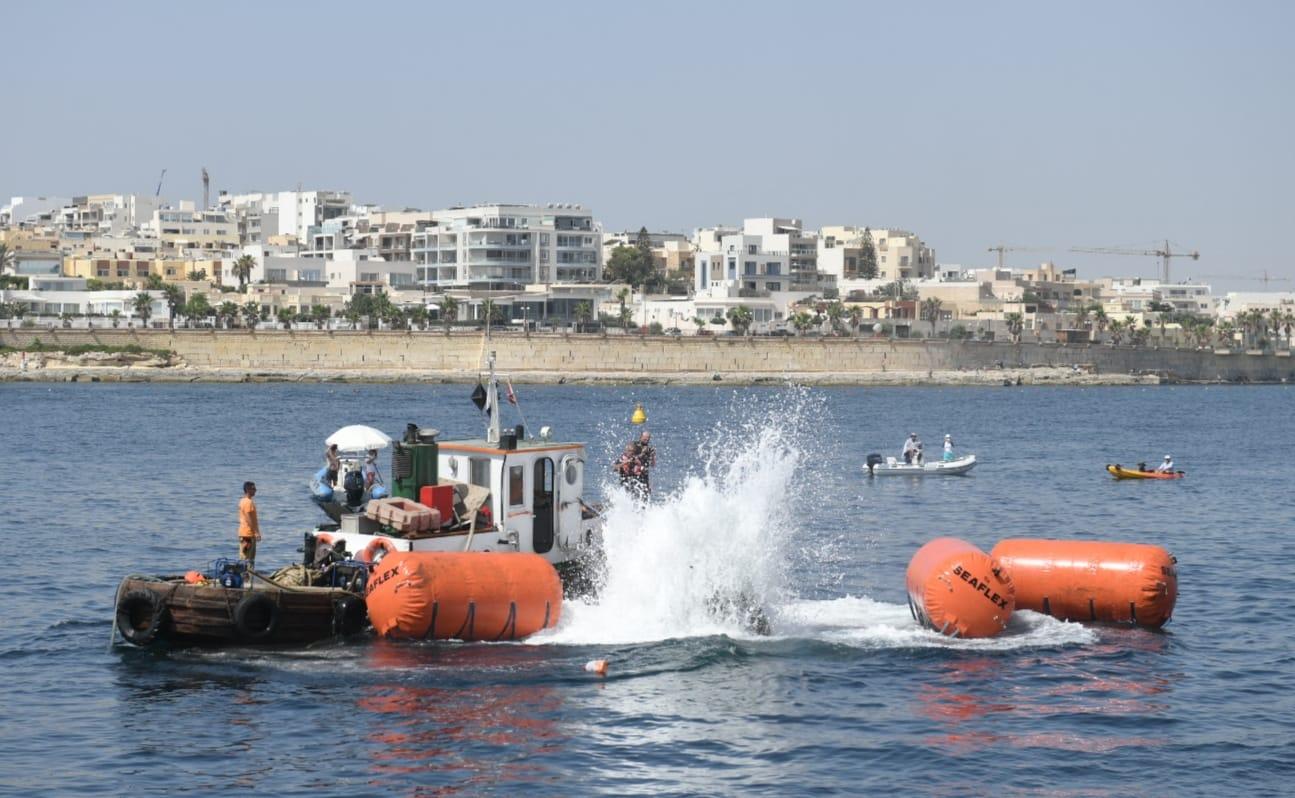 Posting on Facebook, Tourism Minister Clayton Bartolo said that the scuttling of the patrol boat is part of a €250,000 investment which will benefit and strengthen the diving sector in Malta.

Dominic Vassallo, who was also present for Saturday’s special event, has fond memories of the vessel.

P-33 was the first vessel he ever stepped foot on as an AFM official, and will remain close to his heart.

“I learnt a lot, as I started out as a sailor doing odd jobs,  but then I moved up as an engine driver working in the control room later on,” Vassallo told Times of Malta.

“I was about 23 years old when I started working on the vessel back in 1993, and it was my first experience out at sea.”

Vassallo, who is now retired, said he had many memories working on the vessel, and said that the crew all worked well together.

Seeing the vessel sinking flooded Vassallo with a mixture of emotions.

“While it’s a bit upsetting seeing the boat in that state and sinking, I also found a bit of joy knowing that it was not scrapped and that people will enjoy it,” he said.

He said that he will find the time to pass by the wreck area, just as he has done with previous patrol boats he worked on which are now also diving wrecks, such as the P-29 wreck in Ċirkewwa and P-31 in Comino.