The Malta Philharmonic Orchestra has just returned from its first international tour since the onset of the pandemic. Lara Zammit reports from Dubai.

The Malta Philharmonic Orchestra performed at the Coca-Cola Arena in Dubai with a series of three concerts as part of the InClassica International Music Festival.

Performing between September 14 and 16, Malta’s national orchestra showcased a programme featuring Maltese and international composers along with soloists Joseph Calleja and Mischa Maisky, among others, led by conductors Sergey Smbatyan and Dmitry Yablonsky.

The first concert, Concerto Extravaganza, opened with the composition Xamm by the contemporary Maltese composer Albert Garzia. Under the direction of Grammy-nominated conductor Yablonsky, the orchestra performed Garzia’s symphonic piece while fully inhabiting its varied tropes, from abounding swells to stillness and calm. 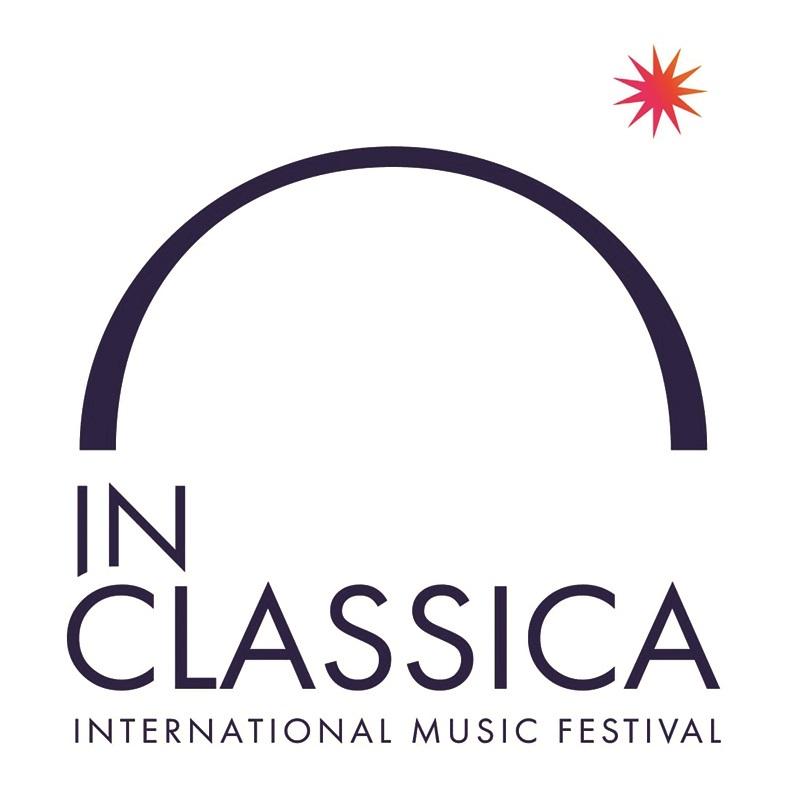 Audiences were then treated to Ludwig van Beethoven’s symphonic Piano Concerto No. 5 in E-flat major, Op. 73, referred to in the English-speaking world as the “Emperor”.

Beethoven’s last piano concerto, the first movement of the composition, opens with an E-flat chord for the full orchestra, alternating throughout between the orchestra and the piano.

World-class pianist Severin von Eckardstein joined the orchestra here, deftly interpreting Beethoven’s piano solo with both analytic technique and unreserved freedom. The strings opening the second movement played a rather sad theme, with the piano solo responding with tenderness, followed dramatically on its way into the piece’s final moments.

The second part of the concert featured Antonín Dvořák’s Cello Concerto in B minor, Op. 104, combining stillness and expressiveness, drama and fanfare. 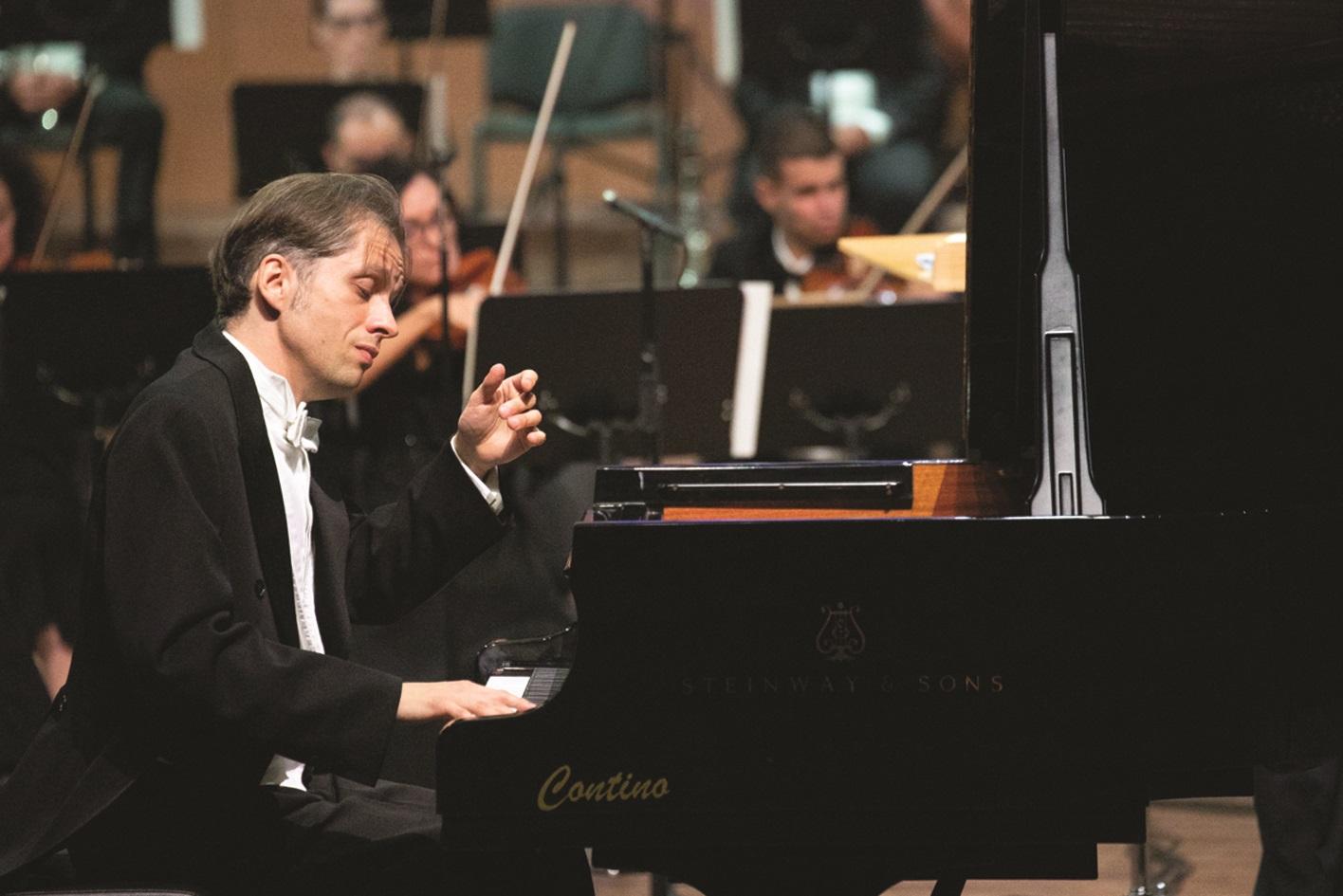 Here cellist Gary Hoffman combined technical mastery and poetic sensibility in his distinctive performance, fully incorporating the warmth and strength of the composition into his rendition.

The second concert of the series – Opera­tic Gala: From Malta with Love – featured acclaimed Maltese tenor Joseph Calleja and was led by the orchestra’s principal conductor, Smbatyan.

One of Malta’s most important musical ambassadors, Calleja performed some of the most beautiful arias in the French and Italian repertoire, including Ah! lève-toi, soleil! from Charles Gounod’s Roméo et Juliette, La fleur que tu m’avais jetée from Bizet’s Carmen and Verdi’s Quando le sere al placido from Luisa Miller.

Calleja also performed works from his latest album The Magic of Mantovani, including Leonard Bernstein’s Maria from West Side Story, as well as the famous You’ll Never Walk Alone from Carousel.

The Malta Philharmonic Orchestra played masterful renditions of acclaimed instrumental operatic classics from Verdi and Mascagni, among others, as well as semi-classical pieces, included two by Ennio Morricone.

The final concert, Tchaikovsky – Melodious Inventor, featured the soloist Mischa Maisky, considered to be one of the most important cellists of our time.

The concert opened with a piece by contemporary Maltese composer Alex Vella Gregory titled Riħ, taken from his Sinfonija Beltija. The short, Tschaikovskian five-part suite brought together a wide range of elements, with its titular wind representing the natural elements that interact daily with the city of Valletta.

“Every time we travel, our main priority is to include music by Maltese composers”- Sigmund Mifsud

The soloist Maisky interpreted Tchaikovsky’s Variations on a Rococo Theme and Nocturne for Cello and Orchestra as examples of the composer’s melodious invention. 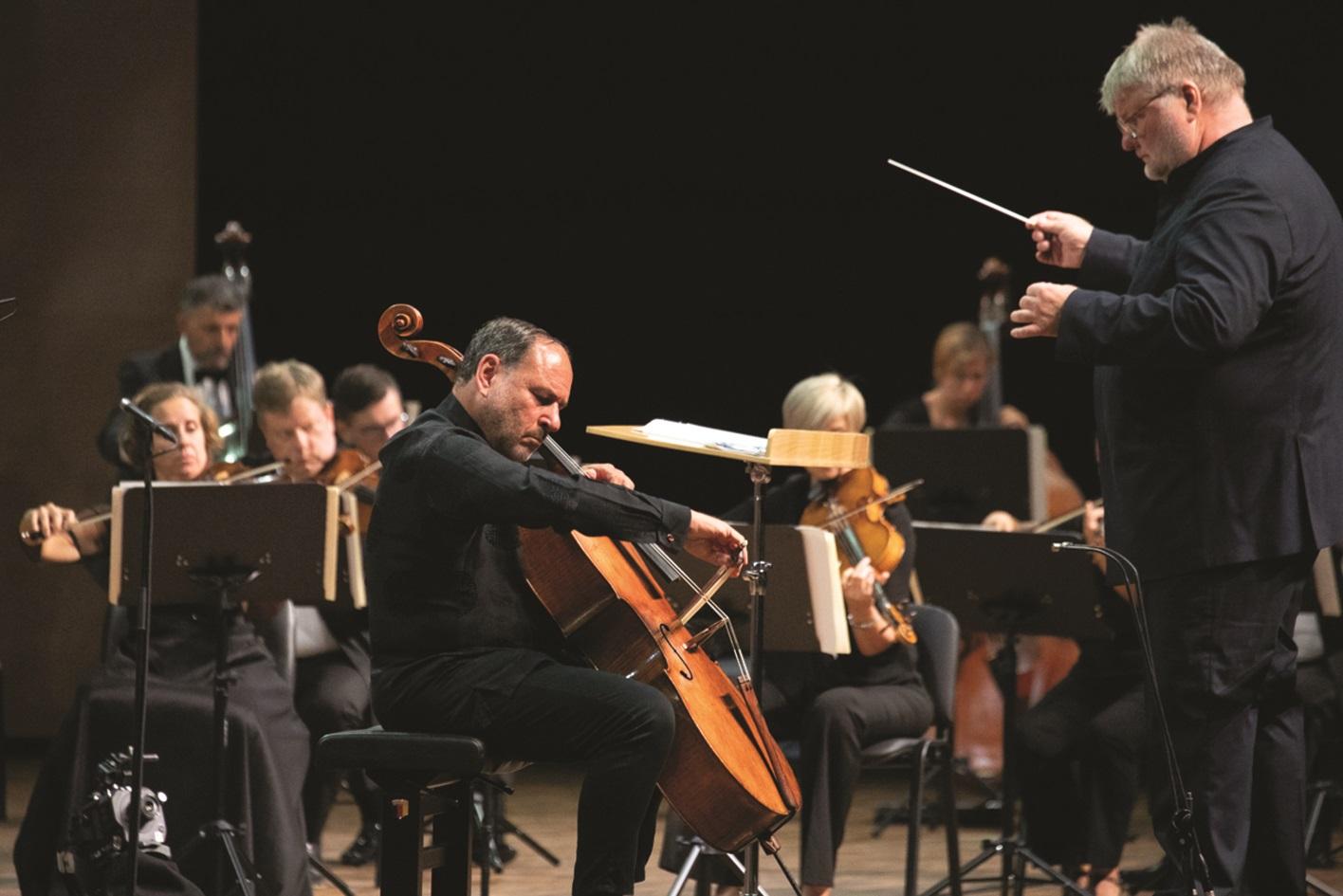 Finally, the finale featured a performance of excerpts from the Russian composer’s Swan Lake ballet, marking the end of the National Orchestra’s Dubai tour.

These concerts marked the orchestra’s first international tour since the onset of COVID-19. The pandemic had also been disruptive for the InClassica festival, which was originally slated to take place in Malta but had to be postponed due to restrictions on public events necessitating a change in location.

Speaking to Times of Malta about the impact of the pandemic on the festival, Malta Philharmonic Orchestra CEO Sigmund Mifsud said that despite the difficulty posed by the change of plans, the orchestra still rose to the occasion.

“This tour was particularly important since it formed part of the InClassica International Music Festival, which was originally meant to be held in Malta. As the Malta Philharmonic Orchestra, we were partners with the festival’s organisers, namely the European Foundation for Support of Culture, under the direction of Konstantin Ishkhanov.

“We had very high expectations for this festival since it was meant to be a big event marking the tenth anniversary of the organisation holding this festival. 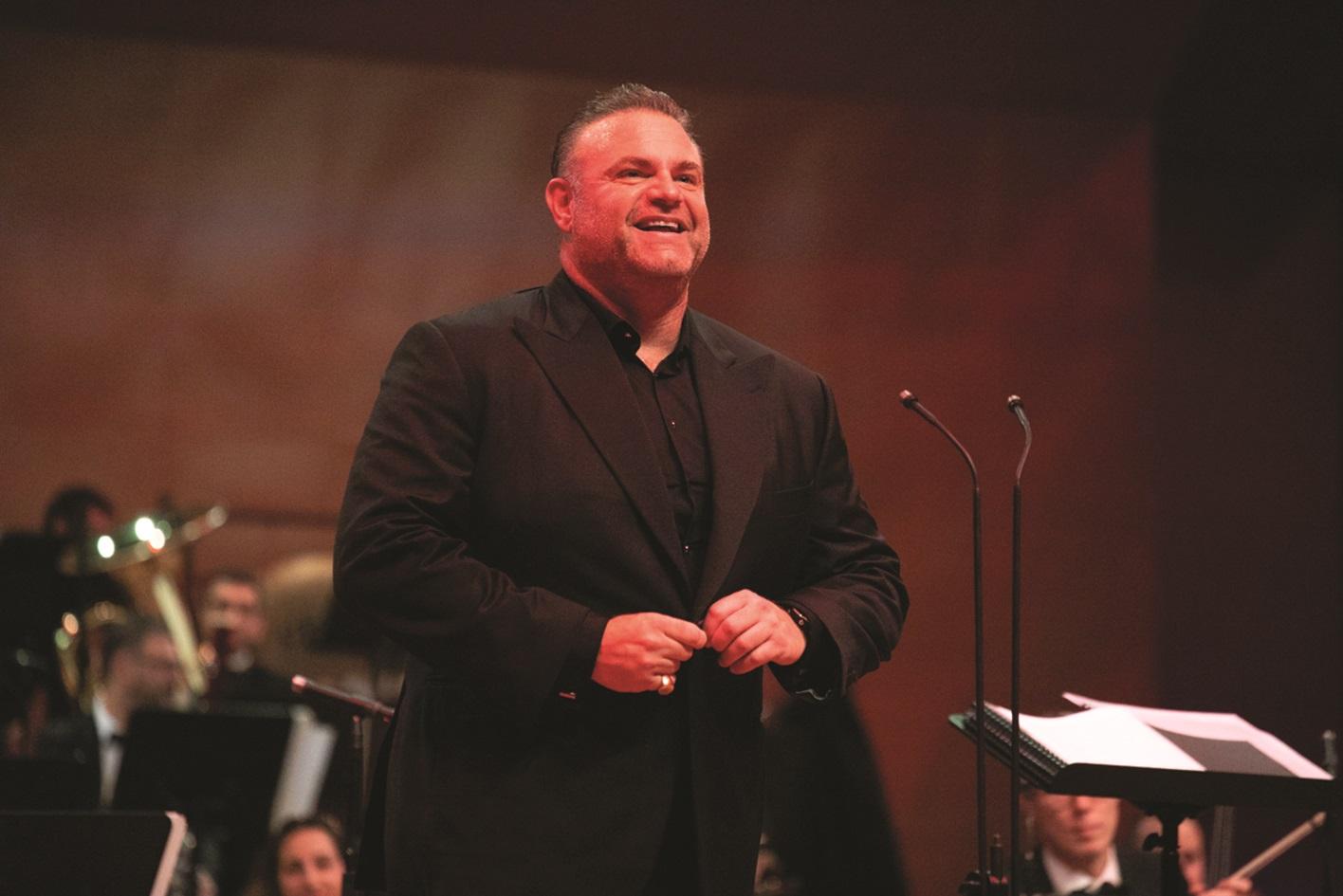 “InClassica spanned over a month; few are the classical music festivals which go on for that long. Therefore, it was not easy for the organisers to change everything when it could not happen in Malta. They had to organise everything in a very short time in Dubai, and from our end, since we were part of this festival, we were invited to go to Dubai.

“We are, of course, disappointed that the festival could not happen in Malta, but each cloud has a silver lining. This was the first time the orchestra had the opportunity to perform in Dubai, and we were very enthusiastic about it.

“We believe we created a kind of hope for the local cultural sector by having managed to participate in a tour during these trying times,” he said.

Asked about the programme of works selected for this tour, Mifsud said that showcasing Maltese composers was their main priority. 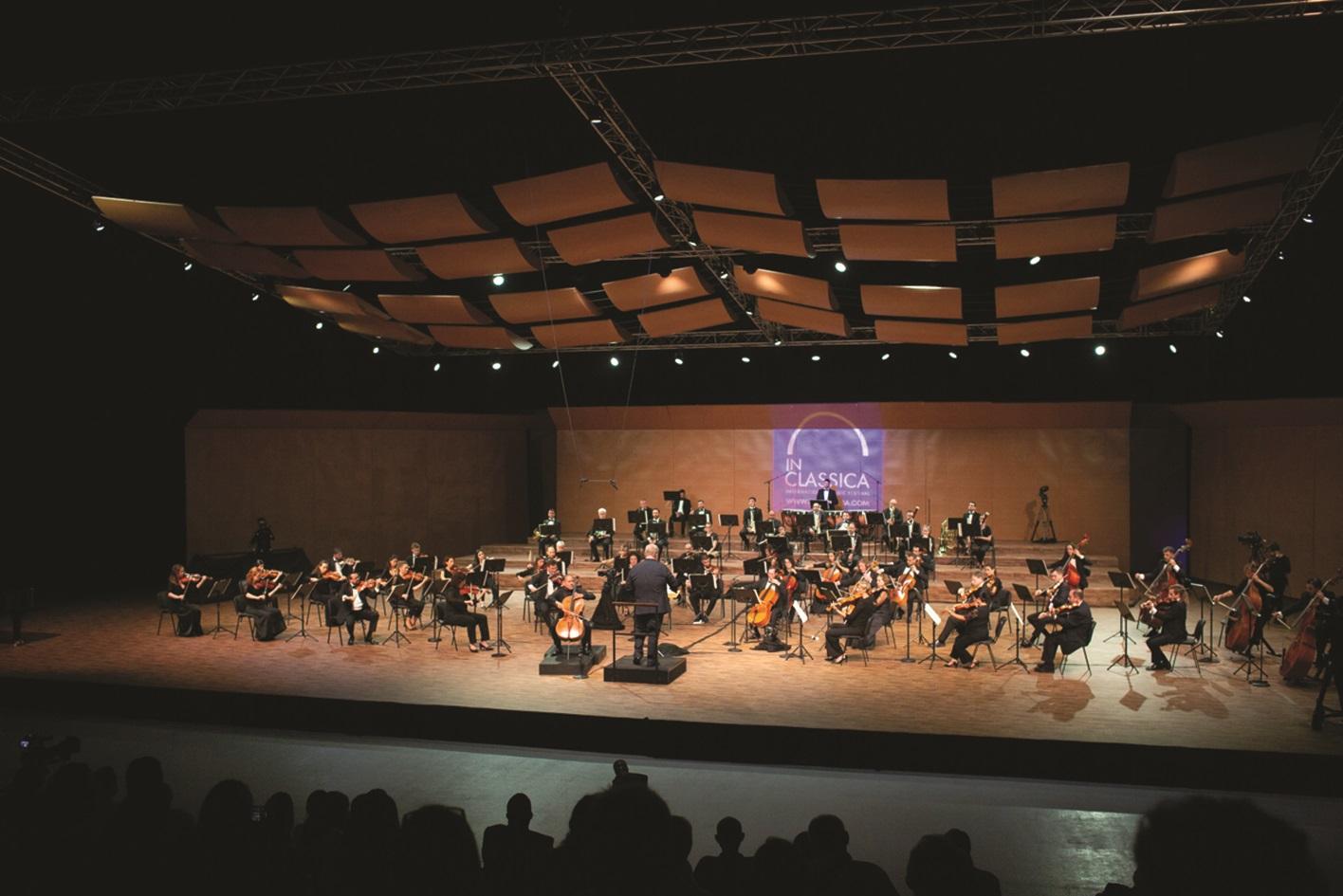 “Then there is also the so-called standard repertoire in classical music, which showcases the orchestra and proves its high level, comparable to more renowned international orchestras,” maintained Mifsud.

As audiences made their way out of the arena at the close of the concerts, some couldn’t help but hum excerpts from the music they had just heard, as though trying to prolong the experience as much as they could. Clearly holding their own among some of the top players of the classical genre, the Malta Philharmonic Orchestra has certainly left its mark.

The MPO performed in the InClassica International Music Festival presented in Dubai by the European Foundation for Support of Culture and SAMIT Event. More information about the festival is available at inclassica.com.