If the island feels a lot more crowded than it used to, it is for good reason: Malta has the largest population growth of any EU country.

Statistics released on World Population Day also show there were 493,559 people living on the islands by the end of 2018.

And as a recent parliamentary question revealed that there had been 12,603 applications between January and April this year from foreigners wanting to work here, it is likely population numbers have passed the half million mark.

The increase in population was by far the largest in the EU.

Of the eighteen member states that saw an increase, Malta was in first place with 36.8 per 1,000 residents.

Where has the population increase come from?

Maltese are still emigrating, but some of those who emigrated in the past are coming home again. There were 480 more who came back than who left.
EU nationals are still coming in droves, with a net gain of 7,349, but there are even more non-EU nationals now coming to the island than EU ones: a net gain of 9,209.

One of every seven people in Malta is a foreigner, almost double the amount in the EU as a whole. Eurostat revealed on Tuesday that 14 per cent of the people living in Malta are foreign, compared to just 7.8 per cent in the EU.

Are we having more children?

The birth rate is actually going down – from 1.43 a decade ago to 1.23 – but since there are more people, the actual number of births is still going up.

Women in Malta are having babies later in life too, with the average age up from 28.6 years to 30.5 years.

There were also 64 foreign adoptions.

Are we living longer? 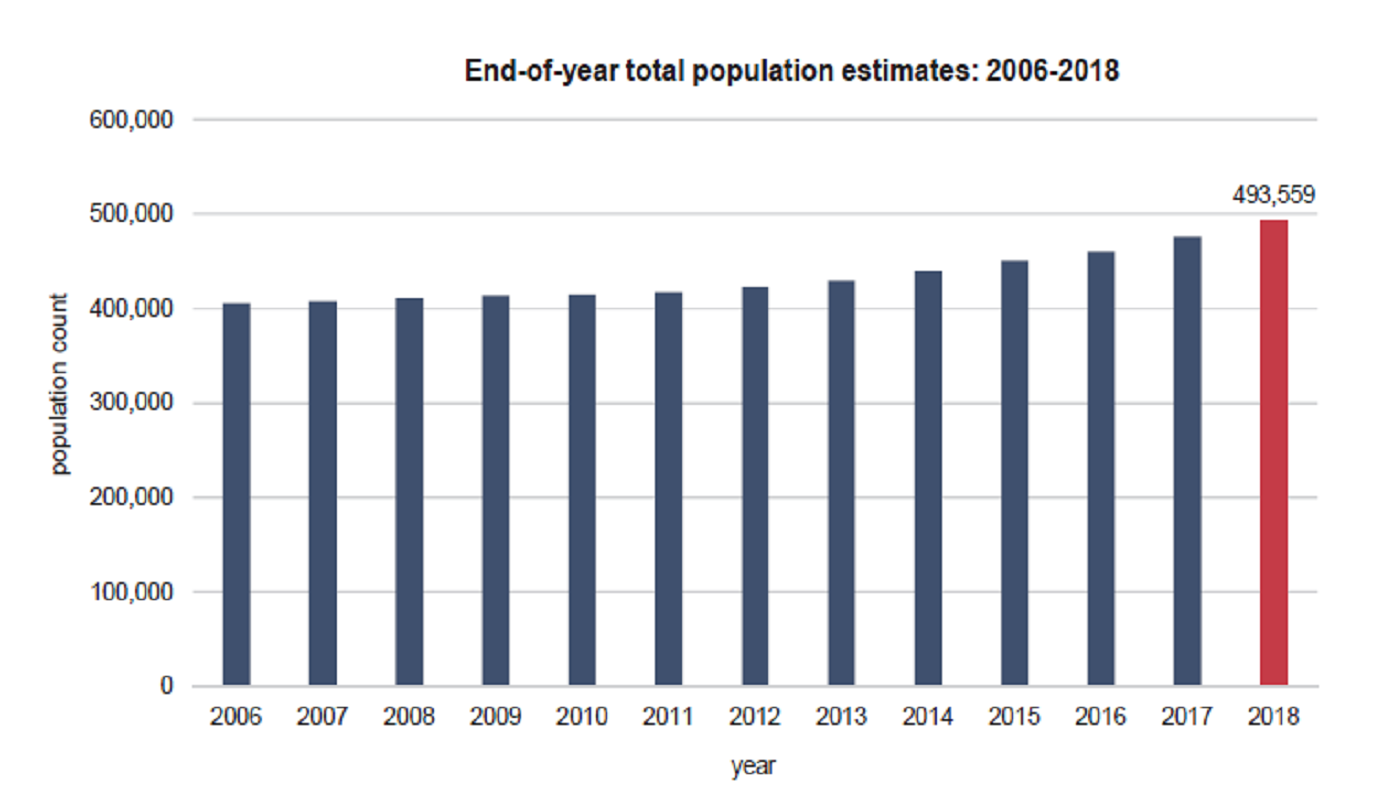 There were 25 babies who did not survive to their first birth day, but the number of children who die was very low, with only six dying before they reached their twenties. The rate then starts to creep up slowly, with almost three quarters of those who died in 2018 aged 75 or over.

Do women cope with stress better?

The number of men and women alive in the 60-69 age category runs fairly neck-to-neck (at around 29,500) – but after that, there is an even more noticeable shift, with women outliving men. By the time they are 80, the population of men drops to 7,033 while women are still relatively going strong at 10,924.

In 2008, there were 1,712 more women than men on the island but the patterns of migration have changed this dramatically. Men now outnumber women by 10,113, having overtaken them in 2014.

The trend has been consistent since 2006, the earliest year given in the NSO report: if you had a baby then, there was a 52.5 per cent chance that it would be a boy, which dropped slightly to 51.3 per cent in 2018.

Middle-aged parents in the playground

The average age at which women give birth has crept up to 30.5, but the age of the other parent (who could be a man or woman) extends into middle age.
Only seven women gave birth in the 45-49 age category, and none who were older than 49. But there were 51 ‘other’ parents in their 50s, and four in their 60s.

There were also 134 teenage women who gave birth, but only 22 of the partners involved were under 20.