If he owned a yellow bus, Dillon Spiteri once thought, it would be his path to riches. He never did get that bus. But he now owns a successful cab company – Bonju Rides.

Another local company with big plans is any.cab, as it attempts to go international with its technology next year. And there are several other similar firms now plying the roads: hicabs, MedAsia Cabs, IGO Malta and Txgo, for instance.

The daddy of them all is, of course, eCabs. Founded nine years ago by brothers Matthew and Andrew Bezzina, it is the longest established and has the largest fleet of owned cars.

Then there’s Cool-Pool, launched in July and unlike other companies, it offers vehicle pooling and sharing.

There’s an app for that

What all these companies have in common is that they provide a cab via a website and mobile app. They would not exist if not for the internet and smartphones.

‘Transportation network companies’ and ‘mobility service pro-viders’ are the trendy terms to describe these outfits.

Most local MSPs don’t think of themselves as cab or taxi companies at all, but as IT ones and in any.cab’s case as a “search engine for cabs”.

The relative ease with which booking app technology can be applied has resulted in MSPs mushrooming on the islands.

With some 290 white taxis on our roads, according to official data, plus a considerable number of chauffeur-driven cars operated by car rental companies, you would think the market was adequately covered without all these new cab services sprouting seemingly every couple of months.

Indeed, the chauffeur-driven car companies are concerned at the level of competition.

“And it’s not just in summer when there’s enough business for us all,” a driver explains, “but it’s year-round competition”.

Survival of the fittest

Yet, in the last 21 months, four of these providers have stopped their service.

Findadrive was the first to close shop in early 2018; the Ukrainian-owned Uper launched last September had an extremely short life and today its mobile app is used by William’s Garage as WillCabs.

More recently, Greenr Cabs folded and sold all its vehicles. Greenr was unique in that its entire fleet consisted of Nissan Leaf electric cars. And at the end of August, Biz Cab called it a day.

Running a cab company, even an MSP, is not a license to print money, as some have discovered the hard way.

Most MSPs do not own any vehicles – these are owned by the drivers themselves who may have more than one or by garages who may have a fleet – but as Mr Spiteri explains: “Bonju is an IT company that gets the work from a client and supplies it to a driver.”

When he set up the company last January, Mr Spiteri bought an application: “That’s all I needed”. These apps normally come in two flavours. One is for the public, used to book a ride, and the second is for drivers to manage their bookings, income and dues to the operator. In this case, they’re Bonju Ride and Bonju Drive.

For its services, Bonju takes a 10 per cent commission from its drivers.

Unlike the others, and except for eCabs, its application was not bought but was written by Mr Chetcuti himself.

“The model is different and not based on fixed pricing like other companies,” says Mr Chetcuti.

“It’s based on haggling. If you want to go from A to B you set a price of, say, €20. One of our partners will see your request and will offer a price. Another partner may go lower or higher, you get to choose,” he explains. “It’s haggling on a mobile phone.”

“This simple process ensures that the passenger has access to the real market price at all times. Apart from choosing a price and a company, the passenger can base his choice on a car type and driver gender.”

Like Bonju, any.cab makes its money from commissions earned. At the moment it has 65 suppliers enrolled in its system.

However, since spring, Mr Chetcuti has “tweaked the model and began focusing on pre-booked airport transfers”.

“The airport is a gold mine and you can charge a better rate,” he says.

Mr Chetcuti now wants to take his “airport model abroad” and is in discussions with parties interested in licensing his application in Dublin, Manchester and Liverpool. And he’s confident Dublin airport will become the first any.cab licensee by next summer.

eCabs, meanwhile, also uses its homegrown application to run its operations and it, too, intends to license its technology internationally from 2020.

eCabs was set up in 2010 with two cars. “Eighty per cent of trips begin and end in St Julian’s,” says CEO Matthew Bezzina, “so being based here is pertinent, and helps reduce dead miles and idle time”.

Today the company owns a fleet of 220 vehicles – both cars and minivans – and has some 700 employees. “The beauty of a centralised system is that you can utilise the vehicles on a 24/7 basis seven days a week.”

When Mr Bezzina and his brother founded eCabs their aim was “to create a service that was more customer-centric and with technology as its heart”.

The biggest challenge at the time, he explains, was cultural. “The industry had a stigma, but now the public’s perception has changed. And today more people want and aspire to work in this industry.”

eCabs, Mr Bezzina continues “has transformed itself from a transport company to a technology one; we are building beautiful solutions designed for the realities and needs of the Maltese market”.

And it seems to be paying off: the company gets “hundreds of calls and performs thousands of trips a day”, booked via its mobile app, website and phone.

“Our technology was built around diversification and financial and operational sustainability, that leads to the internationalisation of our platform.

“eCabs intends to penetrate and sell its technology in secondary and tertiary cities.”

The company will avoid large cities with millions of inhabitants but focus on those European towns with populations ranging from 70,000 to 100,000. “There’s no reason why technologies sourced in Malta cannot work overseas.”

Meantime, why are there pricing differences when a journey is booked via an app or a phone call?

“We want to move to a dynamic pricing policy that is fair for all stakeholders,” answers Mr Bezzina.

There are normally about a dozen people manning phones at eCabs’ call centre at any one time, and obviously there’s a cost involved in that. “We are providing you with a service and you must expect to pay a bit extra for it.” 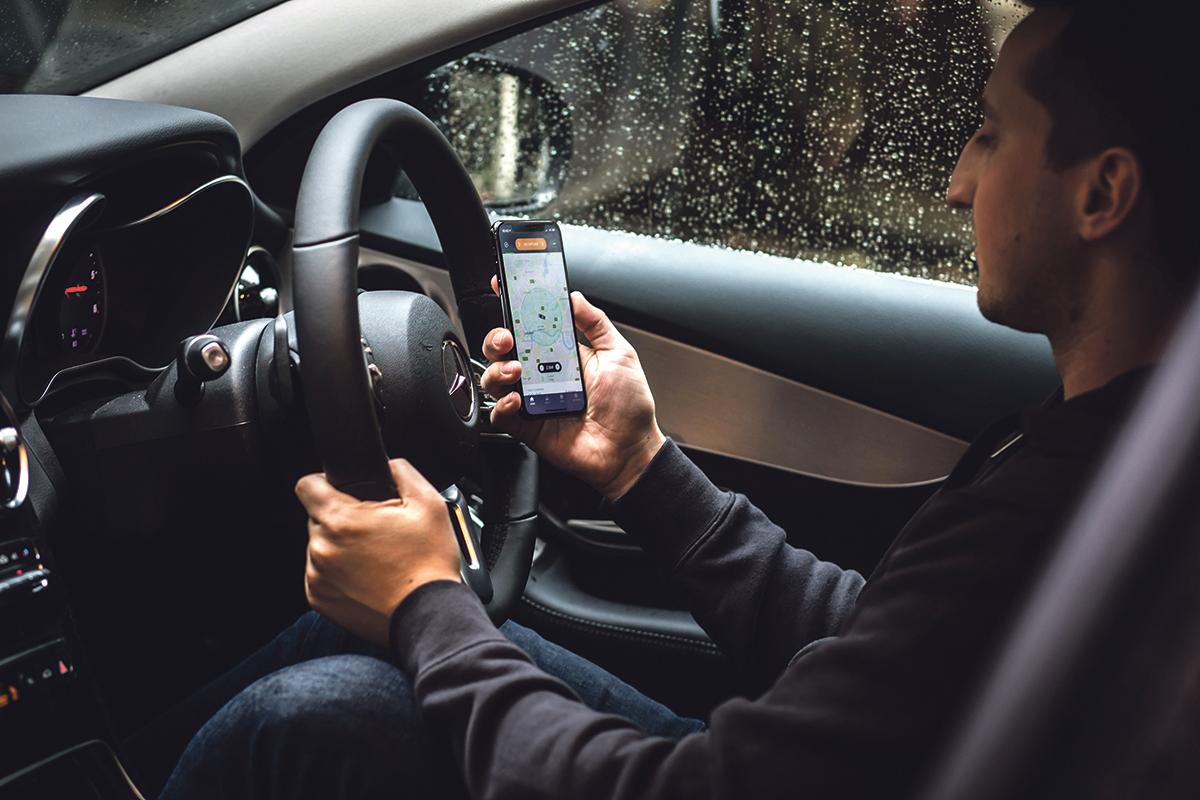 There are apps for customers and separate apps for drivers

There is no doubt, he adds, that eCabs “kickedstarted the ‘revolution’ and made the cab industry culturally acceptable in Malta”.

Up to that point, there were few alternatives available apart from white taxis and chauffeur-driven cars from rental companies.

Today taking a cab is becoming part and parcel of daily life, just as smartphones are, but other alternatives have presented themselves – Bolt and Cool-Pool.

Critics of Bolt say that as long as you own a car with ‘Y’ registration plates, hold a Transport Malta taxi driver tag, carry insurance and are VAT registered you can become one of their drivers.

Standards, the critics claim, are low and drivers not vetted sufficiently before signing up. However, with 500,000 drivers worldwide who use the Bolt Driver app and more than 25 million customers, they’re certainly doing something right.

Bolt – Taxify until last March – was set up in 2013 by then 19-year old Markus Villig in his native Tallin, Estonia. It was the first MSP in the world to enable its clients to pay for their rides via mobile carrier billing, such as ApplePay and GooglePay.

Bolt was introduced in Malta in early 2017 and today has around 700 ‘independent contractors’ registered as drivers. It also delivers food – the former through its cab app and the latter via Bolt Food.

The reason why most other companies dislike it is because they see it as undercutting them. It has no doubt gained traction in the local market with its lower prices.

Explaining its pricing strategy Villig says Bolt goes “into markets where ride-sharing is already a proven concept… we come in and we improve on that by having just cheaper commissions and giving more back to the riders and drivers”.

Bolt charges its drivers between 15 and 16.5 per cent commission.

Asked if this affects the company’s bottom line, Villig argued: “We see that in the long term, actually, this makes more sense. If we take lower commissions… we can actually have happier drivers which leads to better service and in the long term, it will hopefully lead to a bigger network as well”.

On the Maltese islands, its network is certainly ambitious. According to the RideGuru website, Bolt cabbies can pick you up from Gozo’s Xewkija Heliport, the seaplane base at Mġarr and from Comino airport – none of which are known to exist, at least as yet.

Until the beginning of summer, you would book ‘your’ cab, essentially a car, to take you to your destination. Since July you also have the option of sharing a ride.

“For instance, you book a ride to Valletta,” explains Cool-Pool’s CEO Laura Jasenaite, “and on the way, it may pick up other passengers going in the same direction.

“In this way, we can offer a better price,” says the only woman to run a ‘transportation network company’ on the islands.

Cool-Pool is owned by the Debono Group – local agents of Toyota and Lexus.

Ms Jasenaite says there’s a trend were people are now moving away from owned vehicles and looking at other options, such as leasing and car-pooling. “Ownership”, she says “is not sustainable in the long run”.

Yet the level of car ownership is very high on the islands, with 75 per cent of trips performed by private vehicles carrying an average of 1.25 persons per car on each journey.

This creates needless congestion, and the “scope of Cool-Pool is for people to share their ride with fellow travellers heading in the same direction”.

Initially intended for commuters and covering 36 square kilometres area of the island – from Mosta to Pembroke, across to Valletta and extending to Qormi – passengers book their ride on the Cool-Pool app, choose when and where they want to be picked up and dropped off and it costs just €4.95. If one needs a ride to the hospital, and back home, the trip will only cost €3.95. 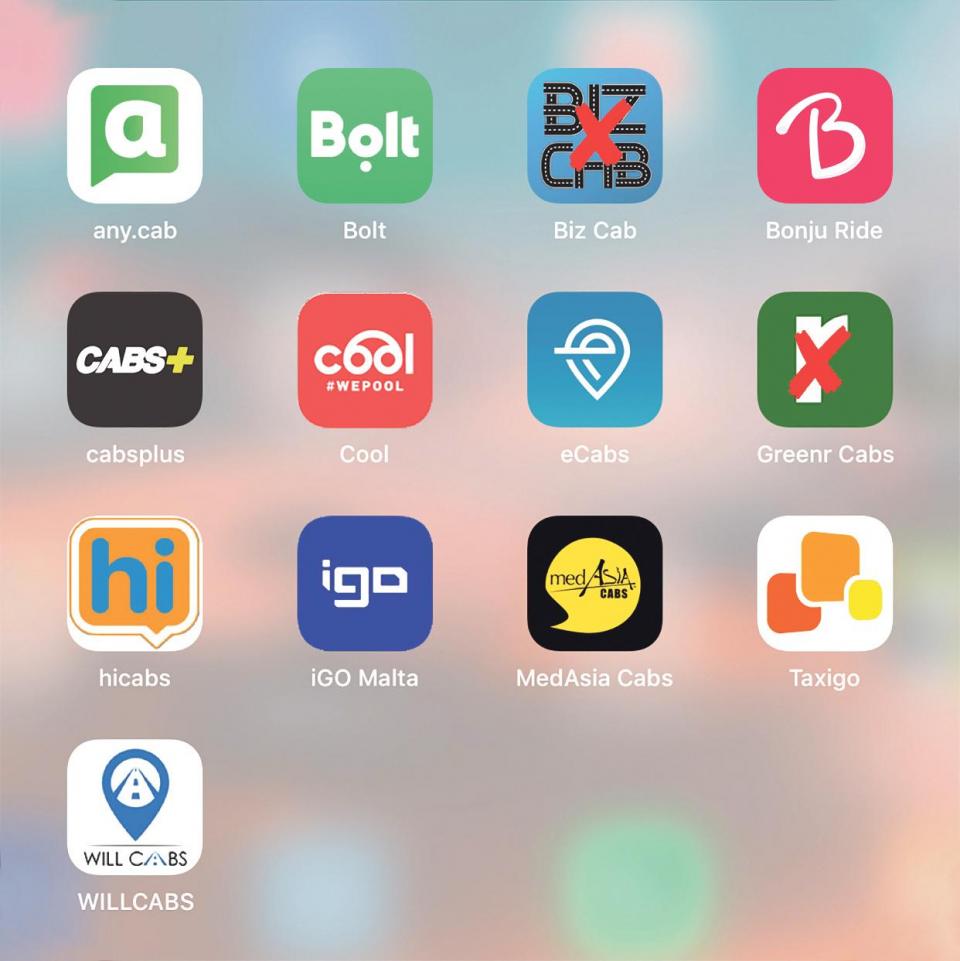 Apps for ‘mobile service providers’ – some have already called it quits

“Not only does this save passengers money, but it also helps save the environment.”

And the public appears to have responded: in the first five weeks of operations, there were 14,000 downloads of its app. By early October Cool-Pool was performing between 500 and 600 trips a day.

Cool-Pool uses the ViaVan platform for its app, a joint venture between Mercedes-Benz and the New York-based Van sharing service. It began operations with 25 vehicles that it owns and 80 drivers, and is now looking at expanding its network and increasing its fleet.

“It will take time for people’s mindset to change and get used to pool riding,” says Ms Jasenaite, but she is confident it will eventually happen.

Indeed, more people are using cabs and alternate modes of transport than ever before. There will be more casualties along the way, but the industry will tweak and refine itself, it will continue to grow, and usage looks set to become as commonplace to us as our smartphones.

How much would it cost you to book a ride, by app, from Mosta Rotunda to Malta International Airport?