Malta is one of the driest countries on earth. This tremendous challenge of water scarcity has shaped its history, and even its architecture. To collect and store rainwater, thousands of reservoirs were dug and constructed over centuries throughout Malta and Gozo. They provided a lifeline to Malta’s residents in times of drought or siege and were a source of pride to the Maltese.

But today, a large part of this vast underground network of reservoirs, beacon of Malta’s water saving culture, faces the threat of extinction, due to indiscriminate construction or quite simply neglect. A Maltese designer and photographer has dedicated the better part of the past two years to explore and document these structures, and present them to the world.

“I have been collecting and researching old plans of particular buildings, sites, gardens, forts, visiting archives for such plans that have detailed drawings of such underground reservoirs,” says Steven Mallia, who has already documented photographically over 200 of these underground reservoirs. To photograph them, he lowers his equipment from the well shaft through a self-balancing tripod with an eight-metre long extendable rod, which he has assembled himself.

Floriana Reservoir. Located partly below the Granaries, this British era barrel vaulted ceiling reservoir has an impressive 14-metre height and a capacity of 7500m3. It is one of the most long forgotten reservoirs in Floriana. It has been sealed and unused since the 1950s.

“Experiencing the huge spaces that many of these underground reservoirs hold, is a feeling totally out of this world,” he says.

Malta’s Energy and Water Agency sees more to these reservoirs than their historical value.

Luqa Naval Reservoir. Famously known as the ‘sunken cathedral’, this reservoir was constructed at around 1907 to serve as a fire fighting reservoir for the Dockyards in Cospicua. Luckily this reservoir will be serving the public potable domestic water again which is under the care of the Water Services Corporation.

“Collecting rainwater through these reservoirs is an important alternative way to secure more water resources, increasing Malta’s climate resilience,” says Manuel Sapiano, EWA’s CEO. In fact, EWA has partnered with Global Water Partnership - Mediterranean, and with support and funding by The Coca-Cola Foundation and GSD Marketing Ltd., have set up the Alter Aqua program to protect and restore this heritage and enhance water security for Malta’s communities. Most recently, the unique 800,000-litre capacity reservoir under Victory Square in Vittoriosa, previously disused and forgotten, was renovated and restored for use. 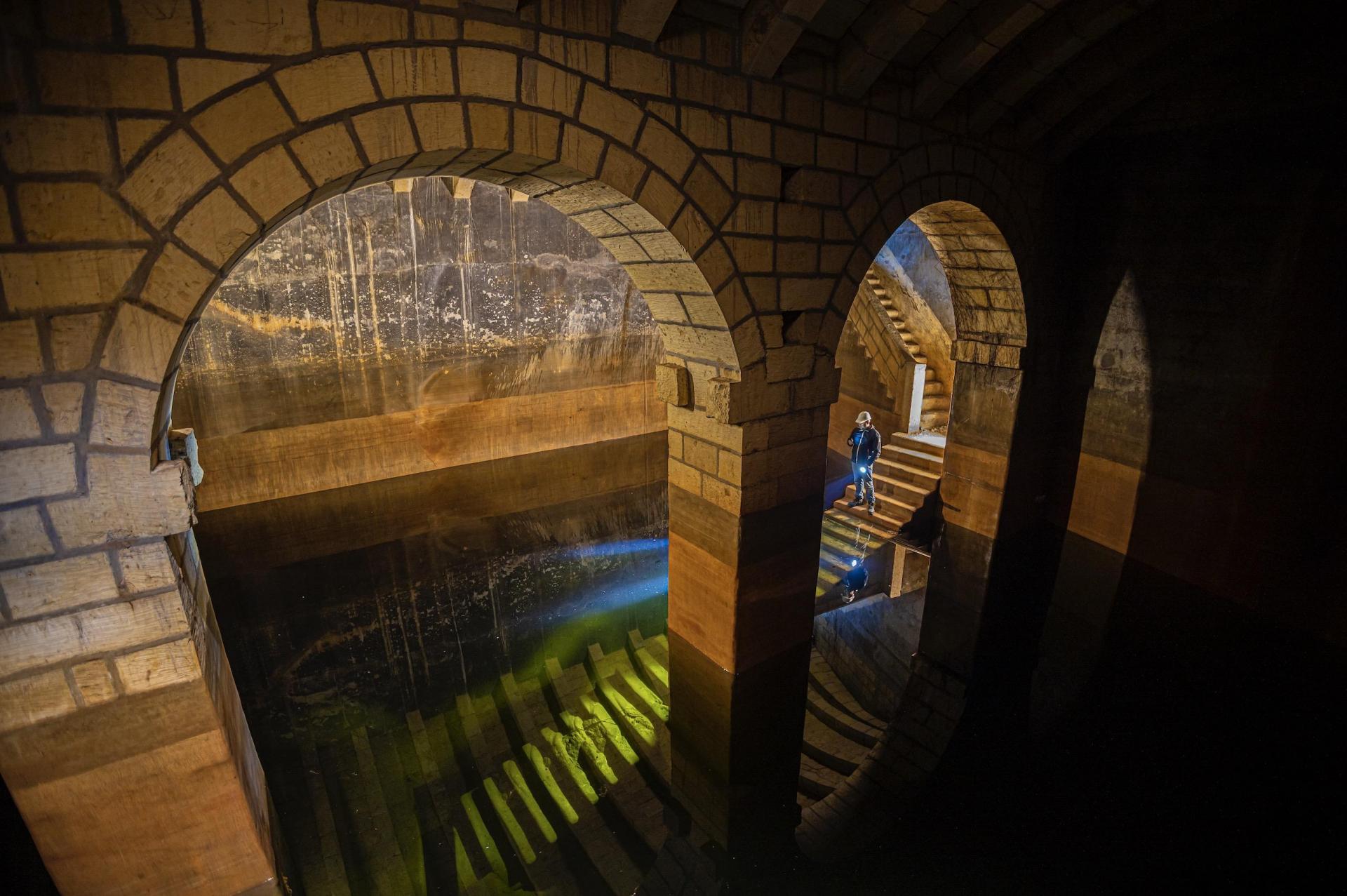 Corradino Coal Wharf. A magnificent British reservoir dating back to the late 1870s. It was designed to supply steam ships and factories at the Coal Wharf located between Marsa and Corradino Industrial Estate.

If Malta’s hidden water gems can prove their living value as a shield for Malta’s water-secure future, they stand a fair chance of surviving. Mallia’s photographic project, to be unveiled in a forthcoming book, and the restoration works of the Alter Aqua programme, are both betting on this.

Find out more at www.alteraqua.org.