Marianne Curley is a Maltese-Australian author best known for her Guardians of Time Trilogy and Old Magic books. She has had to overcome tremendous difficulties that are of inspiration to many.

Mum became homesick and they moved back. But Dad was a farmer and longed for the open spaces and green fields of Australia. In August of 1957, as a family of five, they returned to the Hawkesbury River property. Two years later I was born.

My teen daughters asked me to write a book for their age. I had attempted to write commercial romance, with no success. I was about to start another romance when my thirteen-year-old daughter complained there were not enough books for her age to read. Her sister, older by one year, agreed and that is how I started writing books for young adults. 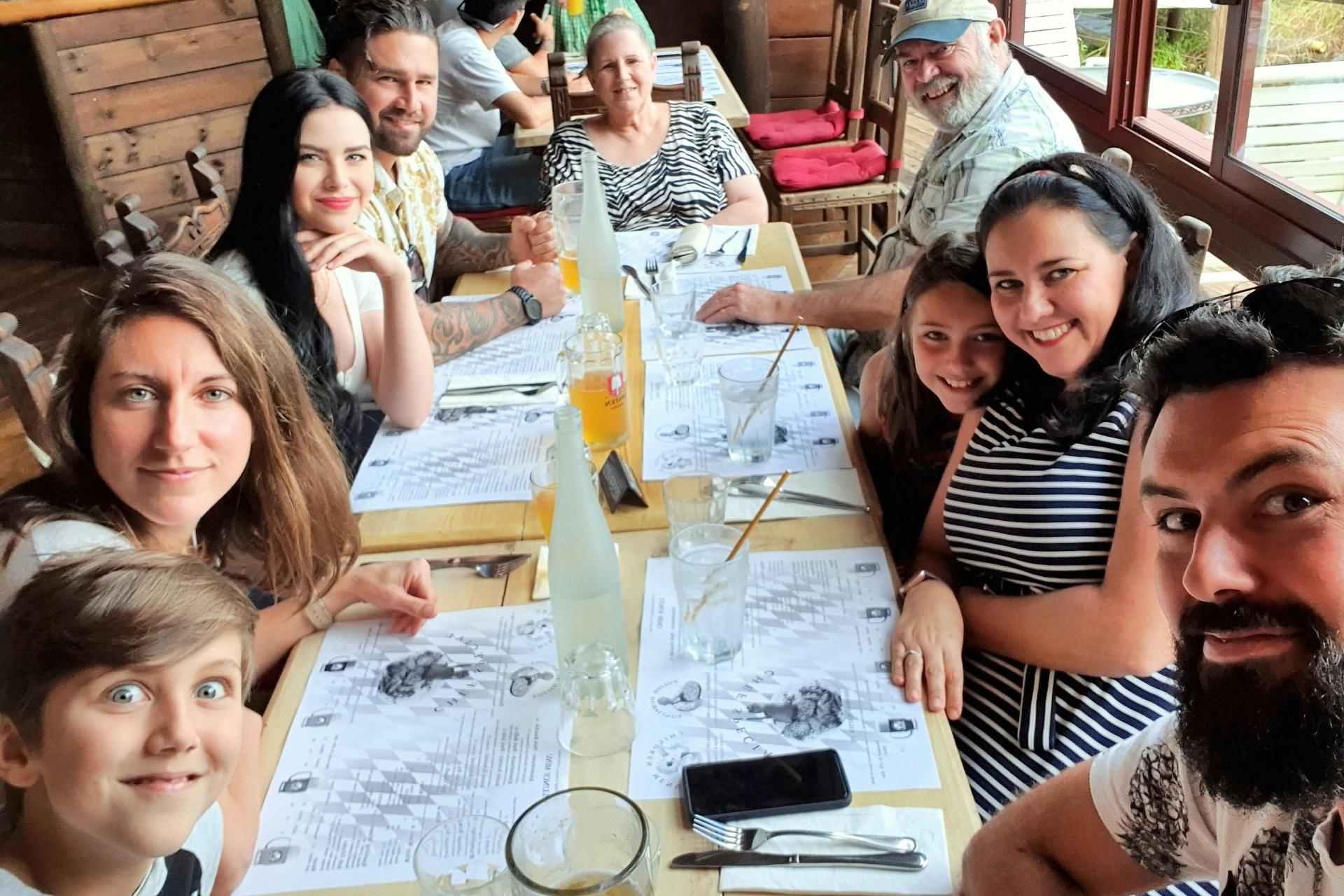 Marianne Curley and her family

I found I loved writing for young adults. It was challenging and exciting with more complex plot lines and themes I could explore, and young adult readers appeared to enjoy my writing style.

I find inspiration almost anywhere if I’m looking for it. I listen to music, look through photographs or glance at passing scenery in a car or train. Our world is full of ideas. They surround us wherever we go.

The plot for Old Magic, my first published novel, came to me while I was having lunch in a park with friends on Dorrigo Mountain. Our children were walking across a field together when a mist rolled in from behind them. I watched as the mist caught up and continued to roll past, making the children almost invisible. It struck me how magical the scene was.

My readers are my proudest achievements, through their emails and messages, that have given many reasons to be most proud of them. My readers have let me know how my books, the characters and stories within, have affected them, inspired them, assisted them in tough times, and changed their lives.

Surviving my type of cancer was a miracle that I thank God for every day. The odds were not in my favour, I had a 30-35 per cent chance of surviving, and without a successful transplant I would have died within two months of my diagnosis. I am thankful for my sister Therese for giving me her stem cells and for the prayers and support I received from my friends and relatives.

I could not write for years. Weeks after surviving my transplant, and on the way to recovering, I sustained a fall in my hospital room, that broke my back. My bones were week from the chemotherapy, my spine crumbled, and I lost several vertebrae. My spine wasn’t strong enough for any supportive treatment. The pain when I moved was unimaginable. Because of this, I was unable to write again for a few years.

Only focus on today. Whatever you are facing, life can become complex and at times overwhelming. You think you can’t cope. Don’t think of all you have yet to do, just think about what you have to do today. Only today. Tomorrow will come, there’s no doubt about that. Think of what you must do tomorrow, when it is tomorrow.

I dream of visiting Malta. I had planned to visit Malta as a reward after my cancer battle, but by then I’d had the fall which made travelling difficult. So sadly, I’ve never had the chance to visit Malta, which just makes me miss it more. My hope is that one day I can overcome my physical difficulties enough for a long visit.

Are you a Maltese person living abroad? Contact malteseabroad@timesofmalta.com