The names of the artists chosen to take part in the Malta National Pavilion at the Venice Biennale 2017 have been announced by the Arts Council Malta. Artist-curators Raphael Vella and Bettina Hutschek have selected artists of Maltese origin or based in Malta for their conceptual exhibition: Homo Melitensis: An incomplete inventory in 19 chapters. By bringing together a collective of artists who work across a variety of mediums, they will present a playful, poetic compilation of unique artefacts that interpret and define the imaginative spirit of the Maltese identity: language, politics, history, myths, religion and gender. 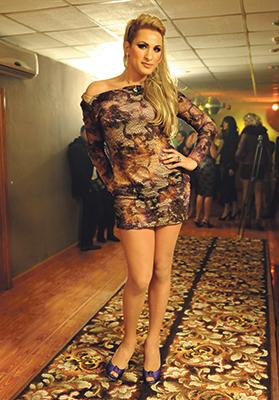 This marks the official return of a Malta Pavilion to the Venice Biennale – the oldest and most prestigious event in the international visual art calendar – for the first time in 17 years. To celebrate this occasion and create an unparalleled experience, the curators have drawn on Maltese art from the past and pre­sent, juxtaposing historic items with contemporary. This overview will include works by artists based in Malta, works by artists from the Maltese diaspora (chosen from submissions following an open call), folk artefacts, works from private and national collections, other artefacts and images that come from different sources, like journalism, national and private collections and popular culture.

Joe Sacco will be the most fami­liar to international audiences, while Maurice Tanti Burlò‘s satirical and often controversial newspaper cartoons provoke debate. Though ‘Nalizperla’ passed away in 2014 the selection of his work remains relevant, while Sacco’s text and image works hold particular power in the current climate of world politics.

This marks the official return of a Malta Pavilion to the Venice Biennale, the oldest and most prestigious event in the international visual art calendar

David Pisani is an established photographer, best known for urban reportage and documenting of architecture. Highlights of his black and white street photography will complement Gilbert Calleja’s colour­ful, sensitive portraits of transvestism and sexual identity. Maltese identity and mythology is at the core of the work by award-winning filmmaker Pia Borg, while Adrian Abela explores the fireworks that form part of the rituals held during Maltese feasts in his selected video.

The practice of ritual and Catholic prayer are examined by Austin Camilleri through his provocative sculpture; Aaron Bezzina addresses religious symbolism via the media of bronze and wood, while the re-purposing of remnants of death form the basis for John Paul Azzopardi’s fossilised sculpture to arresting effect.

The Unwanted, a cartoon by Joe Sacco.

The formality of painting is not overlooked, and traditions of Maltese society, culture and beliefs are represented metaphorically in Darren Tanti’s portraiture. Teresa Sciberras presents hybrid structures and enclosures, representative of Malta’s capital city Valletta, and in contrast, Karine Rougier’s surrealist paintings and collages transform folklore and crafts to dazzling effect. Roxman Gatt’s controversial works call into question certain aspects of Maltese identity that are normally taken for granted.

The exhibition will be designed in collaboration with an architectural team led by Tom Van Malderen (Architecture Project). A transmedia storyworld developed in collaboration with Stefan Kolgen will augment Homo Melitensis by creating an interactive and expanding online fictional space that communicates with, yet also transcends, the physical exhibition space in Venice. The Malta Pavilion has been commissioned by the Arts Council Malta as part of an incentive to showcase Maltese arts internationally.

The country’s presence at the prestigious international art exhibition in Venice marks the start of a major international programme of cultural activity by Malta, whose capital city, Valletta, will be the European Capital of Culture 2018.

Participation in this year’s Venice Biennale also takes place concurrently with the Maltese presidency of the Council of the European Union in 2017.

The Malta Pavilion will be located at the Artiglierie in the Arsenale Area in Venice, and will be open from May 13 to November 26.