Members of the Maltese community held a protest outside Malta House, near the European Commission’s offices in Brussels, demanding justice for Daphne Caruana Galizia.

It coincided with the opening of the European leaders’ summit meeting, which is due to be attended by prime minister Joseph Muscat.

A large picture of Caruana Galizia was displayed at the entrance of Malta House, the Embassy of Malta in Brussels. 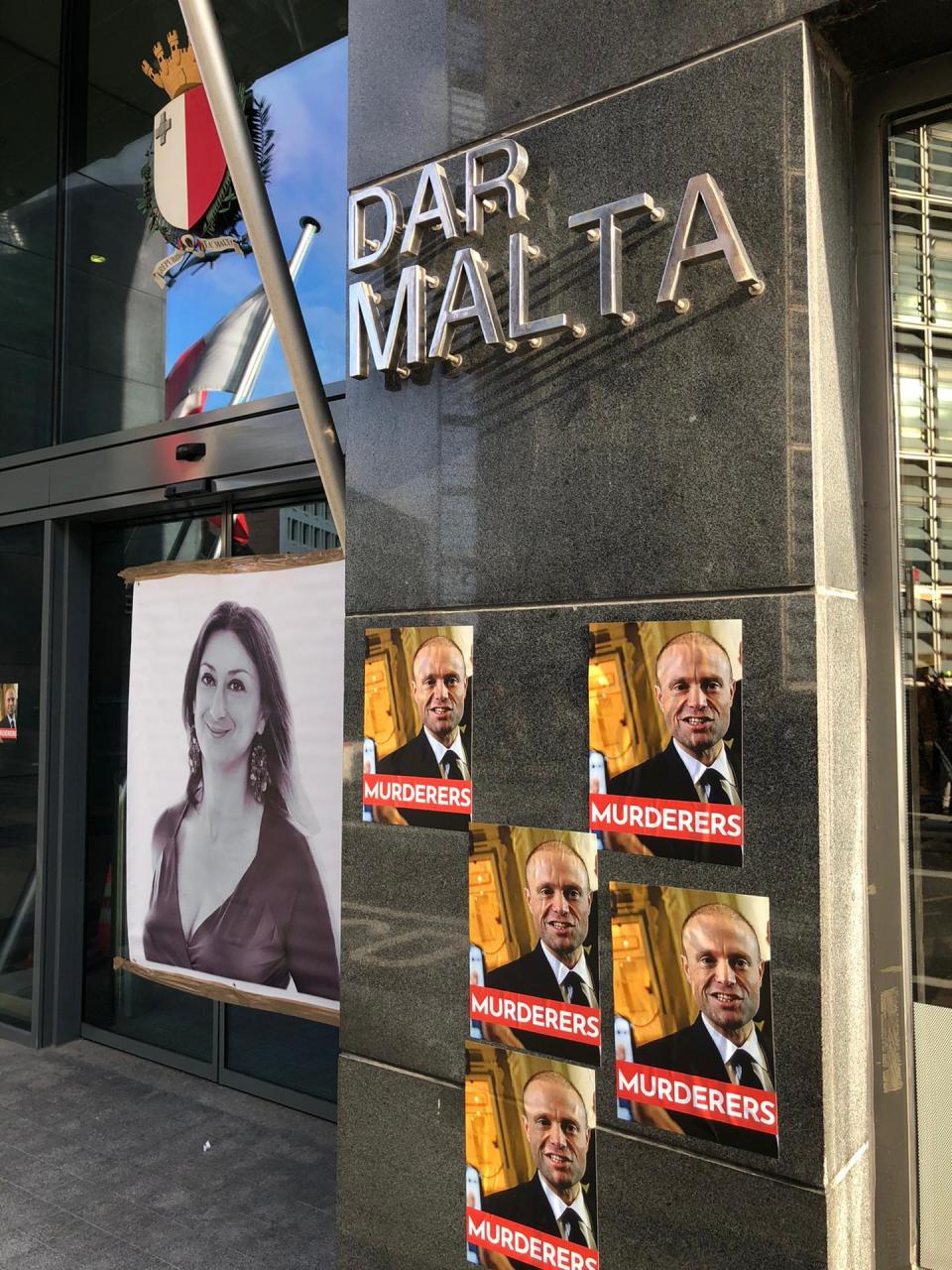 Protesters across the road held placards, horns and flags as they demanded Dr Muscat’s immediate resignation. They chanted and chanting slogans such as ‘shame on you’ and ‘assassins’.

Some staff members from Malta House joined them, people on the scene said.

'A betrayal of the Maltese people'

Addressing protesters, MEP David Casa said the government's actions were a betrayal of the Maltese people.

"We will not stand for it. We will not rest until this evil criminal cabal leaves office and faces justice.”

Mr Casa, who forms part of the European Parliament’s Bureau in his role as quaestor, explained why Malta was no longer a normal country.

“With every minute that the Prime Minister continues to hold onto power, more damage is done. Justice is still prevented from taking its course while he remains there,” he insisted as he once again called for the immediate resignation of Prime Minister Joseph Muscat.

Thanking European Parliament President David Maria Sassoli for his support, Mr Casa explained that while nobody had any doubt that Ms Caruana Galizia’s murder was a political assassination, nobody knew how far up it went

“We now know that this evil leads all the way to the Office of the Prime Minister and that the Maltese public participated in the funding of this assassination.”

The protest, held in the wake of court revelations linking the 2017 murder of journalist Daphne Caruana Galizia to officials in the Office of the Prime minister, was also addressed by Tom Gibson from the Committee to Protect Journalists, Oliver Money-Kyrle from the  International Press Institute, Ricardo Guiterrez from the European Federation of Journalists, Alice Stollmeyer from Defending Democracy and Ms Caruana Galizia's son Andrew Caruana Galizia.