Malta has once again been confirmed as the most obese nation in the European Union outweighing second-placed Latvia by almost five per cent.

The results emerged in a European Health Interview survey which established that almost one adult in six in the EU is considered obese.

Among the EU states for which data is available, the lowest shares of obesity in 2014 among the population aged 18 or over were recorded in Romania (9.4 per cent) and Italy (10.7 per cent), followed by the Netherlands (13.3 per cent), Belgium and Sweden (both 14 per cent).

This meant that nearly one in every six persons aged 18 or over in the EU was obese in 2014. Obesity is a serious public health problem that can be statistically measured using the Body Mass Index of adults.

The share of obese adults clearly varies between age groups and according to education level. 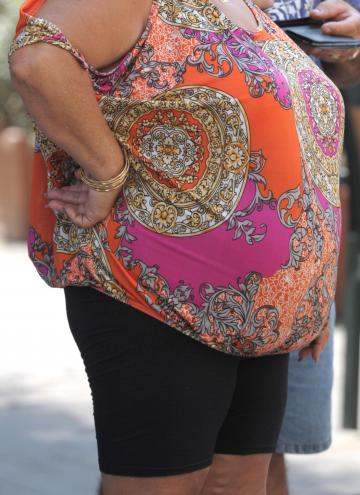 The pattern is also clear for education level: the proportion of obese persons in the EU falls as the educational level rises.

Although no systematic difference in obesity levels between men and women was recorded the proportion of obesity was higher for men in half of the EU states, and higher for women in the other half.

At EU level, a 16.4 percentage point gap is observed between young adults (5.7 per cent) and older persons (22.1 per cent) as regards obesity.

Researchers from the University of Malta found that seven in 10 adults are either overweight or obese. The study, called ‘Prevalence of Obesity in Malta’, was conducted by the Faculty of Medicine and Surgery between 2014 and 2016 and measured the body mass index (BMI) of a sample of 18-to-70-year-olds.

According to a study released last May, 40 per cent of all boys of secondary school age are obese.

Malta also emerged as one of the fattest, laziest and most car-dependent nations on the planet, according to a new report by the Today Public Policy Institute based on an analysis of international statistics.

An anti-obesity campaign was launched in 2012 and will run until 2020. The Health Ministry has set up an inter-ministerial committee to work on a holistic approach to address the issue.