Tony Gauci, the Maltese man who determined the outcome of the Lockerbie trial, has died, Times of Malta is informed.

Mr Gauci, who lived in Swieqi, is believed to have died of natural causes. He was 75.

He had pointed at Abdelbaset al-Megrahi as the man who had bought the clothes from his Sliema shop, which were said to have been wrapped around the bomb which killed 270 people over the Scottish town of Lockerbie in December 1988. 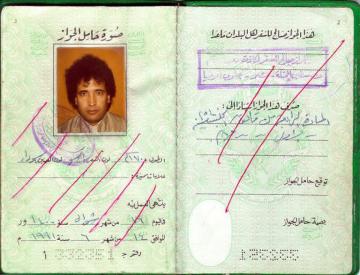 This evidence tied together the prosecution's thesis, that the bomb loaded on to the doomed Pan Am flight at Heathrow Airport had first left from Malta before being transferred via Frankfurt. But serious doubts were raised about Mr Gauci’s testimony over the years.

Libyan national Al-Megrahi died in 2012 with the tag 'the Lockerbie bomber’ despite the fact that the Scottish Criminal Cases Review Commission had described Mr Gauci as an “unreliable” witness, putting the onus of the responsibility of the UK’s worst terrorist attack in doubt.

The SCCRC said the Crown prosecution suppressed from Megrahi’s defence team statements showing how much Gauci changed his mind about crucial details over the years.

Documents published later had revealed that the lead investigator in the Lockerbie bombing personally lobbied US authorities to pay Mr Gauci and his brother Paul at least $3 million for their part in securing the conviction of Al-Megrahi.

George Thomson, who worked for Mr Al-Megrahi's defence team, said his client would look forward to meeting his accuser.

Speaking to Times of Malta today, he said:  "When I last spoke to Basset on his deathbed he spoke of the day that he and Tony might meet in another place, where Tony would have to face him and answer for the lies he said against him.

"I personally hope that Tony is in a better place and that he is now at peace because he must have led a tortured life knowing that he had jailed an innocent man for money," Mr Thomson said.

Mr Gauci never spoke publicly about the case and maintained the media silence that characterised his role in the whole affair. He was last approached for comment for an edition of Times Talk in November 2013.

Mr Gauci's death signals the end of a key witness to a case which continues being fought legally by relatives of victims who believe Mr Al-Megrahi was innocent.