The Maltese get a damning verdict in the latest report by the Today Public Policy Institute, focusing on the national cost of ill health and advocating a preventive approach to health care. 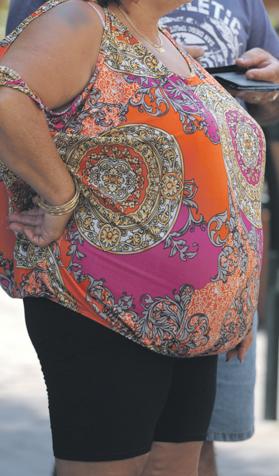 Malta has “legendary physical laziness” and high rates of both obesity and diabetes, according to the report. Photo: Matthew Mirabelli

Malta is one of the fattest, laziest and most car-dependent nations on the planet, according to a new report by the Today Public Policy Institute based on an analysis of international statistics.

The report, entitled ‘The environmental dimension of Malta’s ill health and action to prevent obesity, diabetes, cardiovascular disease and dementia’, is a detailed, up-to-date review of recent scientific studies on modifiable lifestyle factors that influence health.

The focus of this report is on environmental factors that encourage incorporating healthy lifestyles into everyday life.

“Our legendary physical laziness and high rates of both obesity and diabetes are witness to the failure of successive government administrations and health authorities to recognise that encouraging a healthy, physically active lifestyle on a nationwide basis is a good investment,” the report by the think-tank states.

The report discusses possible public health preventive measures as reflected in 13 health domains which impinge on people’s health in Malta.

If we inculcated good health habits, practices, exercise, healthy diet and stress relief, we could be saving millions in the long run

“There are many environmental factors that impinge on our lifestyle and our health; not only have these been neglected by our road and urban planners, but our living and transport environment has been systematically degraded to the extent that people are not inclined to opt for active mobility options but use their car as default transport, even for short journeys,” according to the TPPI.

The report stresses that if nothing is done to encourage regular physical exercise, this will cast a long shadow on Malta’s future health.

“That we are consistently at the bottom in every league speaks volumes on the incompetence of our government health administrations in matters of preventive medicine and encouraging healthy lifestyles,” the think tank says. The report recommends a new perspective that focuses on prevention and public health, rather than disease and morbidity: “If we inculcated good health habits, practices, exercise, healthy diet and stress relief, we could be saving millions in the long run.”

There are several diseases in the spotlight, such as dementia, and while there may not be adequate methods to treat it fully, the report makes the case that such ailments can be delayed by adding exercise to people’s routine and preventing hypertension and other co-morbid conditions. The recommendations are based on an analysis of international statistics and medical research.

“We are in the era where doctors need to provide counselling, for smoking cessation, alcohol cut-down, and encouraging adequate exercise and stress relief. Counselling becomes a very important part of the doctor’s visit,” the group says.

Policy and strategy documents issued by health and other authorities tend to dwell mostly on surveillance or treatment of established disease, the think-tank says.

“This has resulted in health approaches that remain unduly disease-orientated to the detriment of prevention,” according to the report, which provides a series of recommendations for a different approach to the nation’s well-being.

• Malta is the least physically active country in the world, with 71.9 per cent of Maltese people qualifying as inactive.

• Hours spent watching television by Maltese children are among the highest in the EU – nearly half watch television for three or more hours on weekdays.

• Malta has one of the highest obesity rates in the EU (22 per cent), far in excess of Italy (almost 10 per cent) and Switzerland (eight per cent).

• Fifty-eight per cent of Maltese adults are overweight and 22 per cent are obese.

• Malta has one of the highest rates of childhood obesity in the world, with over 25 per cent being pre-obese or obese.

• Malta has the highest prevalence of Type II diabetes in the EU – 10 per cent compared to 2-3 per cent of European neighbours.

• Less than one per cent of Maltese cycle regularly – the lowest in the EU.

• Malta is rated as the worst and most dangerous country for cycling in the EU.

• Malta has one the highest binge-drinking rates in the EU, including 15- and 16-year-olds. 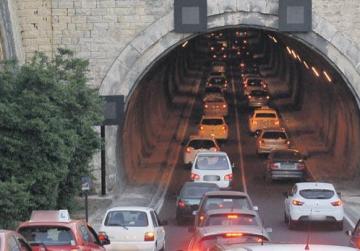 Malta’s current dysfunctional transport situation is a major contributor to the country’s ill-health. This will remain so as long as the private motor car remains Malta’s default mobility option.

Transport offers a valuable opportunity for regular exercise if two of the most readily available exercise options of walking or using a bicycle are facilitated.

Road deaths continue to be regarded as inevitable, with the young and the aged being the predominant victims.

• The health costs of treating the consequences of physical inactivity across the EU are estimated at €80.4 billion per year.

• The annual cost of physical inactivity in Malta would amount to €100 million.

• The cost of obesity to the Maltese health service was estimated at €19.5 million for 2008 and likely to rise to between €27 million and €35 million in 2020 if no action is taken. A systemic, sustained portfolio of initiatives aimed at reversing obesity in Malta would represent a saving of about €90 million. 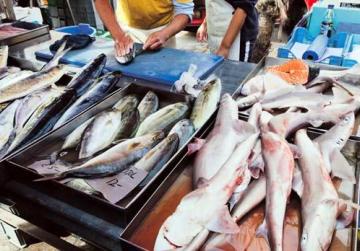 The Maltese need to go back to a Mediterranean diet, with lots of vegetables and fish. Photo: Shutterstock

Malta’s national diet does not conform to a Mediterranean diet. The way we eat has been influenced by a great many factors. These include our colonial heritage, commercial proximity to mainland Europe, dependence on imported foodstuffs, the tourism industry and globalisation. The Maltese consume an inordinate amount of sugar on a per capita basis which is the highest in the EU.

Measures are needed to decrease consumption of energy dense, nutrient-poor, low fibre foods, sweetened drinks and other low quality foods. The emphasis should be on a wholesome balanced diet rich in vegetables and fish and bringing about a trend towards the Mediterranean diet.

A policy for reduction or elimination of trans fats consumption must be defined. They refer to a type of unsaturated fats that are uncommon in nature but became commonly produced industrially from vegetable fats for use in margarine and snack food.

New evidence suggests that people who have lived a physically and mentally active life are less prone to developing symptoms of dementia.

Preventive measures can reduce the health costs of nursing care and treatment of dementia patients by up to one third. Based on current costs, this represents savings of up to €30 million annually.

The overall cost of dementia care in Malta is estimated at between €63 million and €96 million annually.

An environment which enables and encourages social integration may possibly delay the onset of dementia.

Excessive alcohol consumption is now recognised as being a contributory causative factor in dementia.

The frequency of binge drinking in our young deserves attention. Tobacco smoking is now regarded as a risk factor for dementia.

Pollution remains a major problem that continues to be ignored in Malta and its potential for harm remains underestimated and neglected.

Intense pollution from fossil-fuel combustion by our heavy traffic is particularly associated with negative effects on cardiovascular health in addition to cancer, respiratory disease and other harms.

The number of people suffering with dementia was estimated at 5,198 in 2010.

This number is ex-pected to increase to close to 10,000 people – or over two per cent of the total Maltese population – by 2030.