The report describes the IRA as running a social media campaign designed to provoke and amplify political and social discord in the United States. 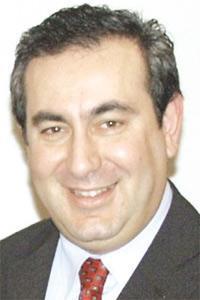 It was based in St Petersburg and and received funding from Russian oligarch Yevgeniy Prigozhin and companies he controlled, the report found.

The IRA used social media accounts and interest groups to sow discord in the US political system through what it termed "information warfare."

The campaign evolved from a generalised programme designed in 2014 and 2015 to undermine the US electoral system, to a targeted operation that by early 2016 favoured Donald Trump and disparaged Hillary Clinton.

The IRA's operation also included the purchase of political advertisements on social media in the names of US persons and entities, as well as the staging of political rallies inside the United States.

To organise those rallies, IRA employees posed as US grassroots entities and persons and made contact with Trump supporters and Trump Campaign officials in the United States.

Dozens of IRA employees were responsible for operating accounts and personas on different US social media platforms.

The IRA later added specialists who operated on Tumblr and Instagram accounts.

Initially, the IRA created social media accounts that pretended to be the personal accounts of US persons.

By early 2015, the IRA began to create larger social media groups or public social media pages that falsely claimed to be affiliated with US political and grassroots organisations.

More commonly, the IRA created accounts in the names of fictitious US organisations and grassroots groups and used these accounts to pose as anti-immigration groups, Tea Party activists, Black Lives Matter protestors, and other US social and political activists.

The Mueller report also found that Prof. Mifsud gave “inaccurate statements” about the extent of his contact with former campaign advisor George Papadopoulos, who was convicted in 2018 of lying to the FBI.

Who is Joseph Mifsud?

Two weeks before the 2013 election, he reappeared in Malta as a consultant for INTO-University Partnerships and held a meeting with then-Opposition leader Joseph Muscat. During the meeting,  Prof. Mifsud said the company intended to set up shop in Malta with the intention of attracting some 3,000 foreign students to study here.

A profile by the Press Association described Prof. Mifsud as a vocal backer of Vladimir Putin.

While Prof. Mifsud appeared to have extensive ties to several important institutions in Russia, the Maltese native's academic credentials in Britain were far hazier, the profile said.

He held a professorial teaching position in the politics department at the University of Stirling in Scotland, according to officials there who said he took up the post in May.