Steve Chetcuti and the international team attempting to row across the Atlantic have passed the half-way stage in their epic voyage.

They started their 6,000km journey on March 1 when they departed from Portimao in Portugal and reached the midway point roughly 27 days later.

Their progress has come despite having to battle horrendous weather during the first month including high winds and three-metre waves which frequently throw the rowers from their seats.

The five-man crew is heading towards French Guiana and, if they are successful, he will become the second Maltese man to row across the vast and treacherous ocean.

But it hasn’t all been plain sailing so far.

Apart from fighting the conditions, the crew have also had to deal with all sorts of other issues including some minor injuries sustained when the rough seas have tossed them round the boat.

In his infrequent updates to his family back in Switzerland, Chetcuti has told how he initially found it hard to focus on the basics like sleeping and eating, surviving mostly on energy drinks and chocolate at the beginning. 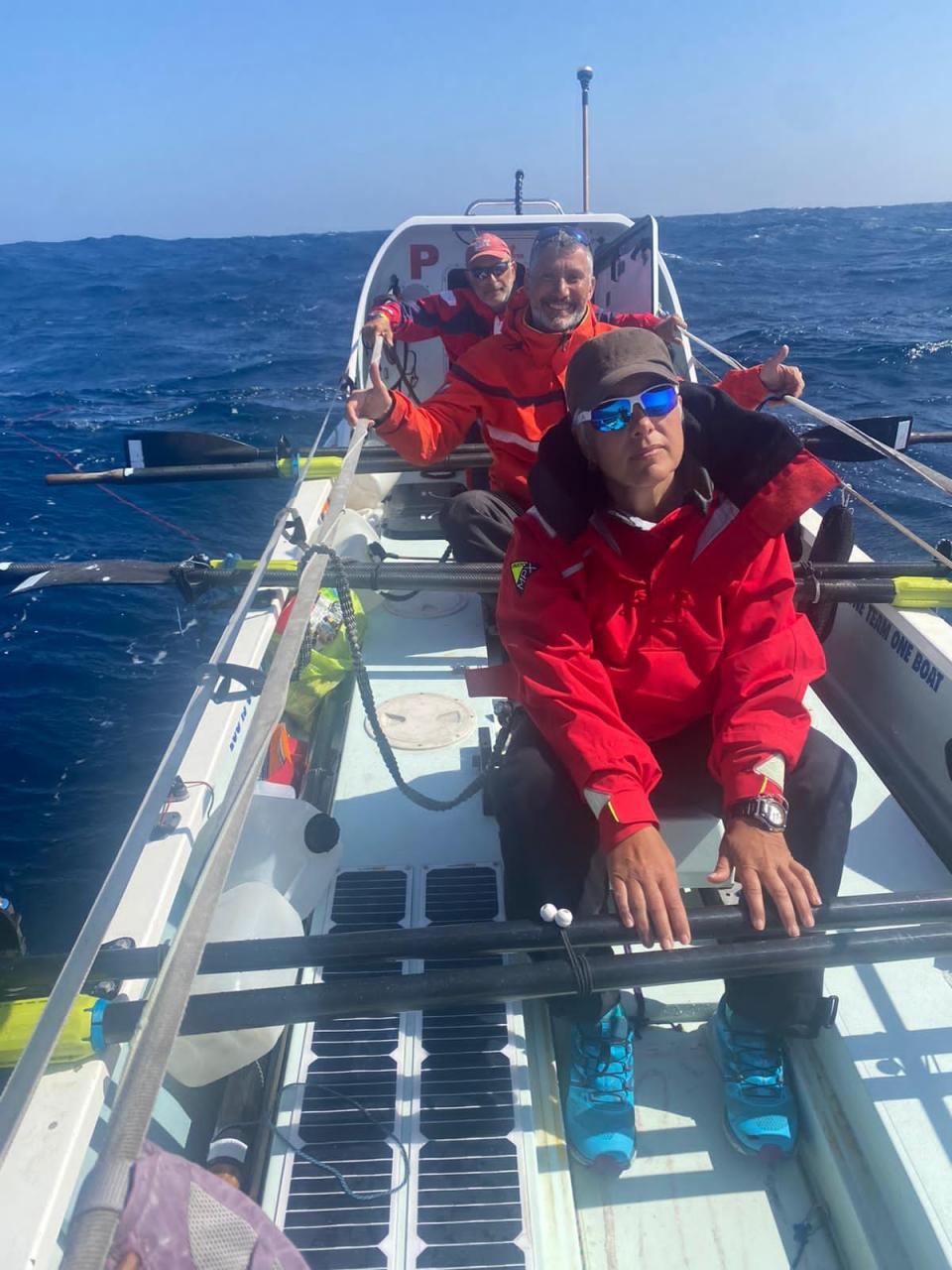 The crew have been at sea for a month.

But as the journey has progressed, the daily routine has become more settled and he now manages some "proper" meals and listens to audio books to keep him focussed.

Although for the most part there is nothing to see other than the vast expanse of open water, the crew occasionally encounter wildlife including whales, dolphins, turtles and birds.

They even had a rather unwelcome visitor in the form of a Portuguese Man of War which managed to get on board the boat.

One of the more distressing moments came early in the voyage when one of their two essential buckets broke. Before departing, the team had allocated the red bucket as the ‘toilet’ and the black bucket for ‘showering’.

But the red bucket gave up the game, breaking after just a few days, so the black bucket has now been promoted to more essential duties and personal hygiene has had to take a bit of a back seat.

There have been moments on the voyage when Chetcuti has struggled mentally, understandable considering the loneliness and repetitive nature of the adventure.

But highlights like passing by the Canary Islands when they managed to pick up mobile phone coverage and speak to their families have helped keep morale up.

Chetcuti took on the cross-Atlantic challenge as a way of honouring the memory of his brother Michael who died of cancer two years ago.

He is raising money for three charities on his journey including Hospice Malta who were brilliant when it came to looking after his brother and the rest of family during his battle as well as after he passed away.

You can follow his journey on his website www.crossrower.ch where you can also find details on how to donate to the charities he is supporting.