Heritage Malta will be highlighting popular traditions and beliefs in souls and the afterlife, through l-Għid tal-Erwieħ at the Inquisitor’s Palace on November 4.

This event includes a traditional supper and the possibility of a sleep-over in the palace’s 17th-century prison cells.

Theatrical representations of the newwieħa (hired-mourners) will set the scene for the traditional meal based on the ħanżira tal-erwieħ. Its name originates from the local All Souls’ Day custom where the Maltese feasted on a pig let loose on the streets with a bell hanging around its neck. Entire neighbourhoods would feed it, and on the day cook it to feed the poor. 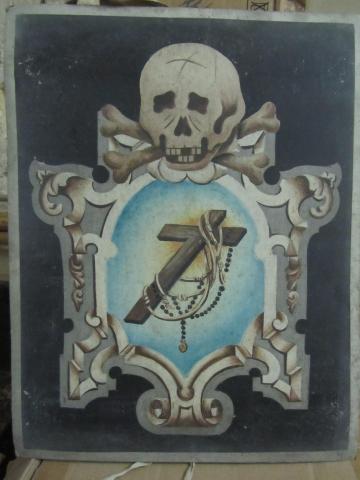 The roasted pig is the main dish in this thematic supper. This will be complimented by the maħluta, a bittersweet drink recalling the ups and downs in life, ftieti tal-għaża (toasted bread with garlic and parsley), kawlata (vegetable soup with pork), and l-għadam tal-mejtin a bone shaped almond-based sweet.

Apart from following coffins with outcries in funeral processions, the newwieħa used to go into mourners’ houses and break some pottery items or turn pots upside down because people were not meant to cook following the passing away of a relative.

A literary work written by Immanuel Mifsud will help participants reflect and  set the scene before calling it a night. Those wishing to sleep over need their own sleeping bags and torches.

L-Għid tal-Erwieħ will be held in Maltese and is suggested for a mature audience.

Tickets, at €30 and €28 for HM members, are available from Heritage Malta sites and museums or online.