Two men have been arrested in connection with a shooting which left one man dead and his teenage cousin injured.

The victim is 27-year-old Saviour Gaffarena, while his cousin, Vince Gaffarena, 17, was found injured in a car in their home town of Mqabba late on Wednesday night.

Although the police found the two men in Triq il-Konvoj ta’ Santa Maria at around 11.30pm, they believe the shooting took place nearby in an area known as Ħal Millieri, Qrendi.

At least three shots were fired before one of the victims managed to drive in a Renault Megane to Mqabba.

Police said Saviour Gaffarena was shot in the head and was pronounced dead at the scene while his cousin was shot twice, in the chest and the face. 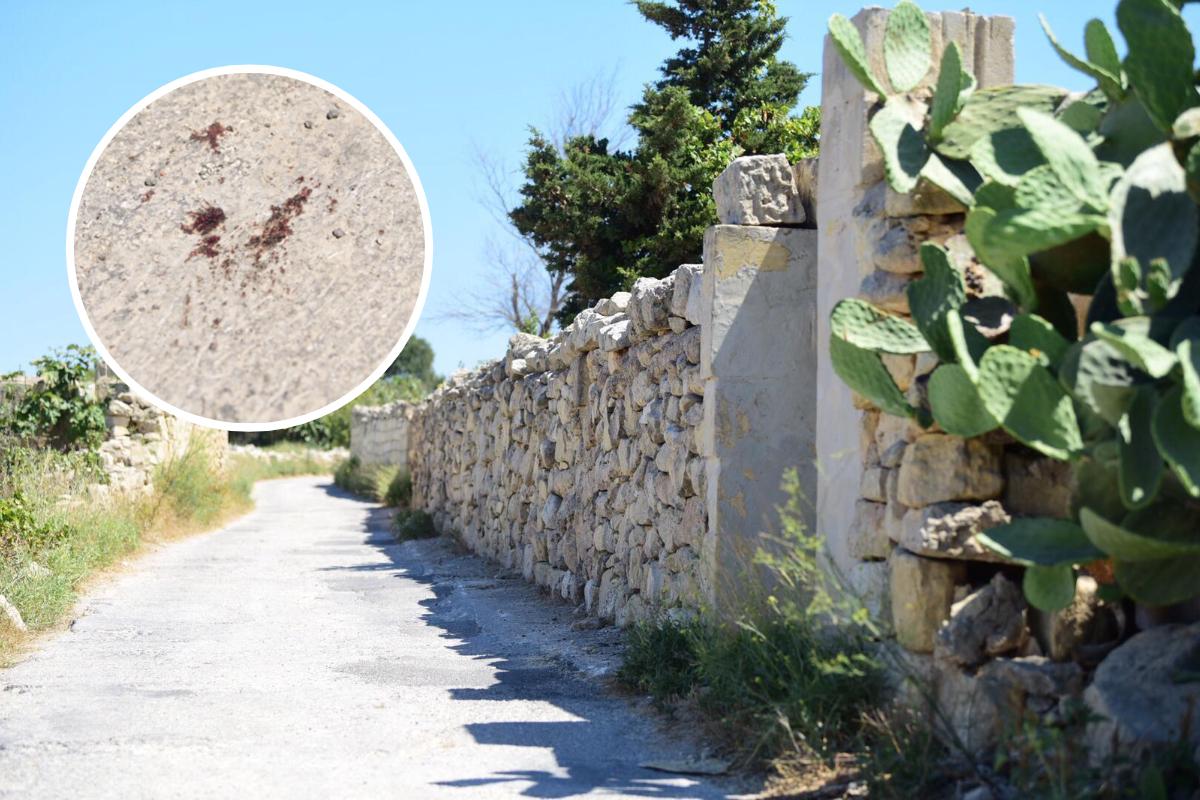 Blood spatter (inset) at the scene of the shooting in Ħal Millieri, Qrendi on Wednesday night. Photo: Mark Zammit Cordina

Vince Gaffarena was transferred to Mater Dei Hospital for treatment where he is understood to be in intensive care. His condition is not yet known but police are waiting for him to regain consciousness and be able to speak.

In a news conference, police said they were investigating a possible drugs link to the crime. They arrested two men, aged 19 and 18, and described them as the prime suspects.

The victims and the arrested men were known to the police and involved in "the same circles of crime", police said. Officers are also holding a 17-year-old man and a 21-year-old woman, who are helping in the inquiry.

Investigations are under way and but no motive has been established. Police said they were still establishing what weapon was used and could not confirm if it was a drive-by shooting.

They said it did not appear as though a motorbike was involved. 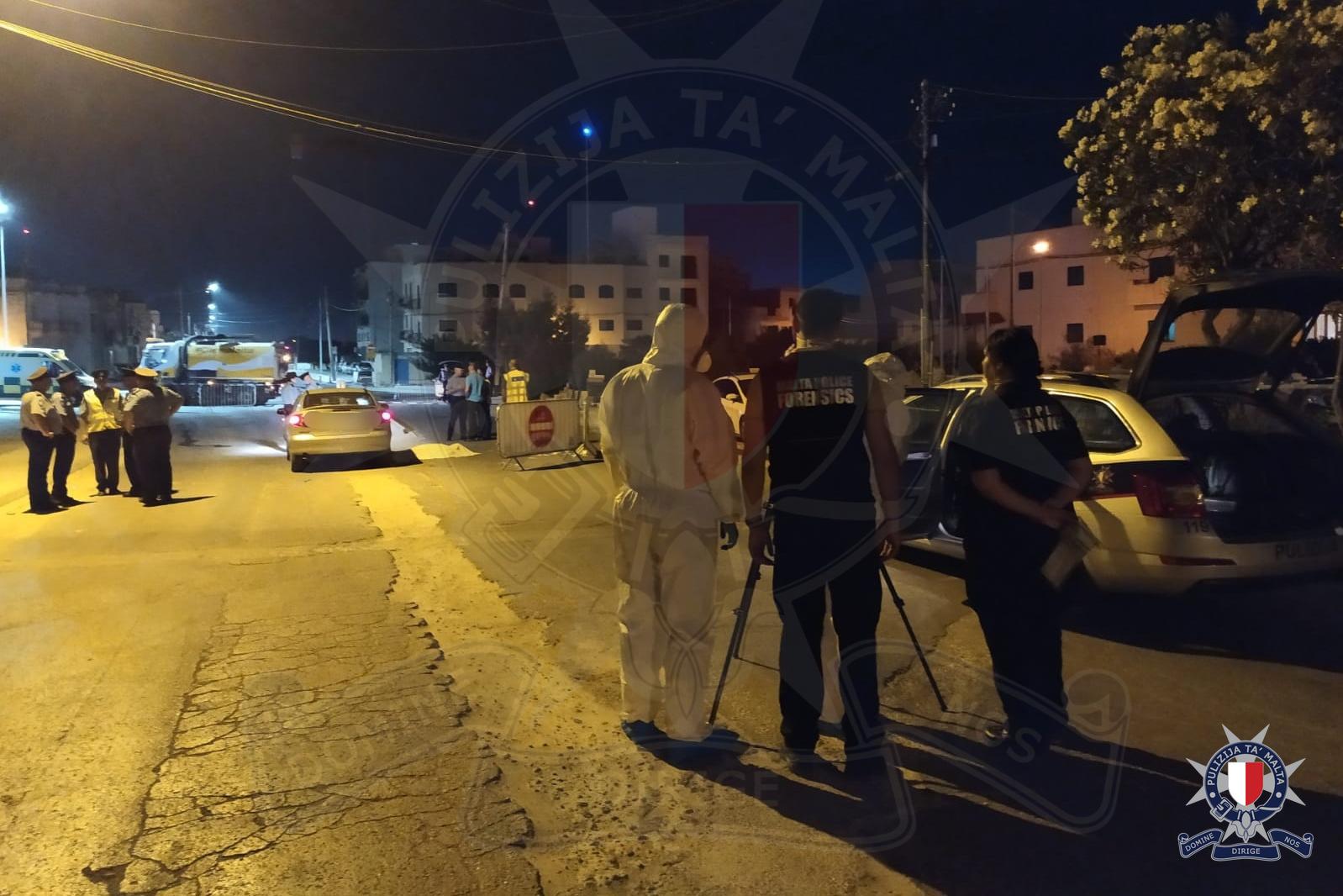