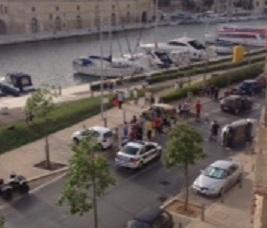 Manuel Micallef, 47, from Vittoriosa, better known as DJ Lito, died this evening when his car was involved in a head-on crash with another car on the Cospicua seafront.

The accident happened shortly before 7pm.

Mr Micallef's Toyota Aygo flipped on one of its sides with the force of impact. He died on the spot.

A woman who was in the other car, a Ford Fusion, was injured. A Toyota Vitz was also damaged.

A magisterial inquiry is under way.