A migrant who took his life on Saturday night had applied for assisted return, the government said this afternoon, amid accusations that a new policy was driving hundreds of migrants to despair. 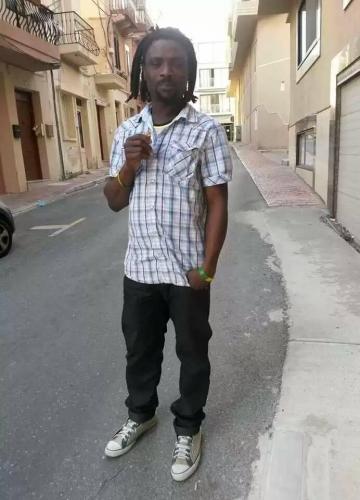 Frederick Ofosu, 33, was found strangled with an electric cable in a Qawra building site on Saturday night.

He left a recorded message for friends explaining his despair, saying he was being forced to feel like a criminal when he had done no wrong, according to Ahmed Bugri, director for the Foundation for Shelter and Support for Migrants.

Dr Bugri who identified the victim together with a Ghanaian embassy official, said the government's decision to review the so-called THPn system had forced him to the edge.

But this afternoon, Home Affairs Minister Carmelo Abela said the victim had applied for assisted voluntary return scheme to return to Ghana last September. His return process, however, could not be concluded because there were pending court cases.

Mr Abela said that in 2013 and 2014 the victim had applied for the so-called Temporary Humanitarian Protection-New (THPn) status but the Refugee Commissioner had turned it down.

He appealed to anyone with the recorded message to forward it to the police since they were not in possession of any messages from the victim.

There are an estimated 1,200 migrants who fall under THPnto failed asylum seekers.

In November, the Home Affairs Ministry suspended the renewal of those holding THPn status, a move which incensed human rights organisations.

Migrants who fall into this category have been given until October 31 to start making arrangements to procure all the required documentation from their country of origin.

But human rights organisations say the scheme will require hundreds to comply with requirements the ministry knows they are unable to meet, including procurement of identification documentation and the labour market test.

READ: NGOs swamped with calls from employers concerned about changes

A protest was held last month appealing for the government to change its stand. Photo: Steve Zammit Lupi

Mr Ofosu came to Malta eight years, leaving Ghana because of extreme poverty, Dr Bugri said. He worked for a number of years, but after he lost his job he was faced with a number of demands from the authorities, including documentation he could never provide, Dr Bugri said.

Last year, Mr Ofosu was handed a one-year suspended sentence by the court after pleading guilty to causing damage to a St Paul's Bay apartment.

Forcing people to live in constant fear is inhumane and for some, a death sentence

Looming in a world of indecision, and driven to despair amid rising rents, many migrants are now resorting to drastic measures, Dr Bugri warned, adding there had been a rise in admissions to Mount Carmel mental hospital.

"Frederick's death has sent shockwaves among the migrant community, especially in Marsa. It will traumatise those that aren't stable."

"Where individuals had some semblance of stability and security, they have now been thrown into chaos, and live in constant fear that they may be returned to the country that they fled."

Dr Pisani said the case of Malians who were detained for three months before being released last week, demonstrated the complexity of returns.

"Not everyone can access documents, and so they are being condemned to this limbo - a state of foreboding and fear."

"We simply cannot allow this to continue to happen. Forcing people to live in constant fear is inhumane and for some, a death sentence."

Earlier this month, Times of Malta, Malta Today and The Malta Independent a took a joint stand to call on the government to review Malta's arbitrary system of Temporary Humanitarian Protection, which they said has effectively put the lives of hundreds of migrants in limbo.

PN: Death must be a wake-up call to those pushing populist, ineffective policies

In a reaction, the Nationalist party said the migrant's suicide is a damning indictment of the failure to address the issue of those failed asylum seekers in Malta who cannot be returned to their country of origin.

The death of Mr Ofosu must be a wake-up call to all those pushing populist, ineffective policies in an effort to use migration as an electoral scapegoat

The party pointed out that Malta had introduced a level of humanitarian protection status precisely to cover those cases of people who fell through the cracks in legislation and found themselves in no-man's land, unable to be returned and unable to legally stay in Malta.

"This administration recently suspended the renewal of the protection status rounding up a few third-country nationals, detaining them for months and leaving their fate uncertain."

Mr Ofosu's death must be a wake-up call to all those pushing populist, ineffective policies in an effort to use migration as an electoral scapegoat.

"It is a failure of the system that has let down the most vulnerable in our societies."

The Democratic Party reiterated its stand on giving citizenship to children born to migrants who are born in Malta.

It called on the government to come up with concrete integration and inclusion plans for people who have been granted THPN status and who have become part of our society.

Those people already accorded that status should not be treated as a number or as an inconvenience but should be given a right to residential status in our country; given that they have become fully integrated and possess a clean conduct, the party said.

"It is also high time that the government sets up a lobby within international fora to redefine the term 'refugee', as the current definition reflects a post world war situation and has not been updated since then. Refugee status should take into account current global realities."