A 39-year-old man died when he was struck by lightning this afternoon as the third severe thunderstorm hit Malta in less than 24 hours.

The incident happened in a field in Marsascala. (The location was previously described as Zabbar)

The victim rushed to Saint James Hospital, Zabbar, but was dead on arrival. the men who had accompanied him was slightly injured and described the incident as "like a bomb exploding next to us".

A woman also fell a height of one storey after she was dragged by the water when she got out of her car, a Toyota Vitzm in Sta Venera. The woman, 34 of Zejtun, was rescued and is being treated in hospital. Her condition is serious. 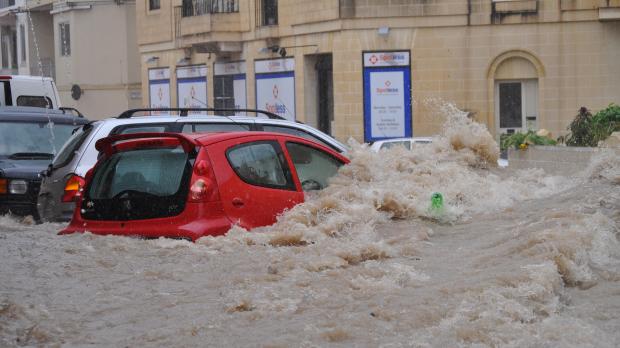 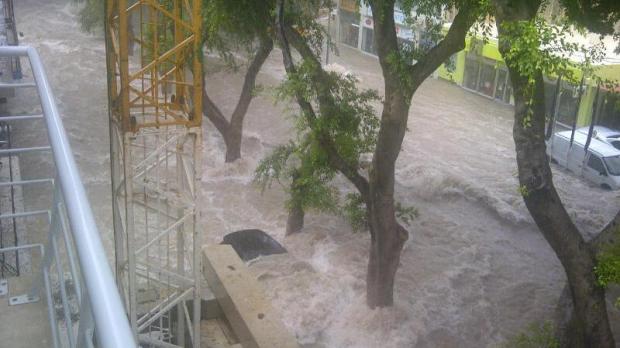 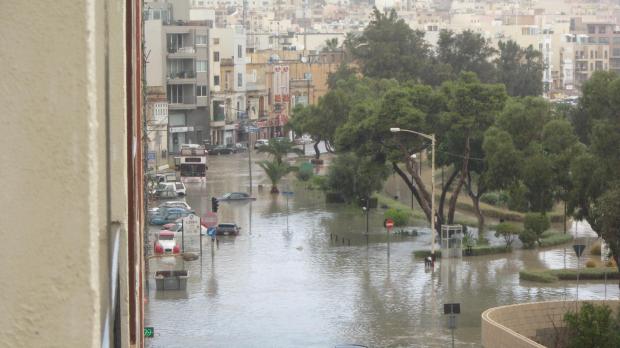 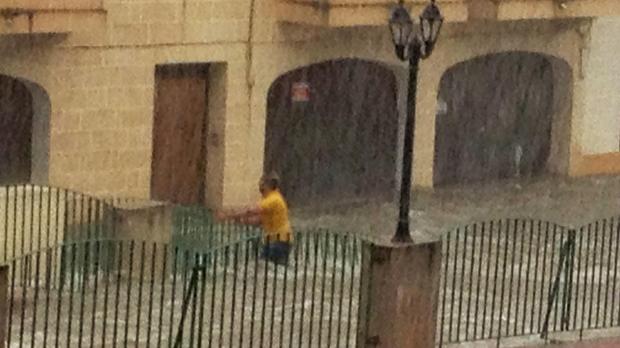 A man struggles against the water in Msida this afternoon. Photo Diane Pillow. mynews@timesofmalta.com

The storm caused huge traffic jams, particularly in the central and southern parts of Malta.

One motorist who left Valletta at 5 p.m. - fell after the rain stopped - was still stuck at Portes des Bombes an hour later.

On the Regional Road, motorists were driving the wrong way as traffic along the tunnels in Sta Venera jammed.

The Police and the Civil Protection Department warned  that people should stay indoors unless strictly necessary. 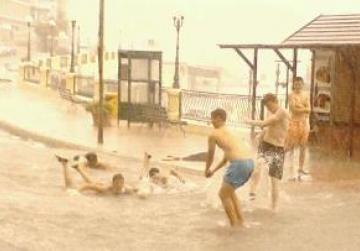 The first struck at about 5 p.m. yesterday and was followed by a more violent one early this morning. 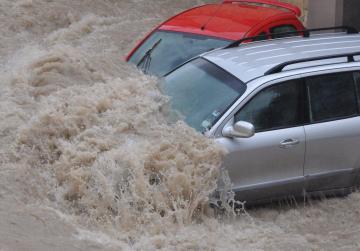 The situation had been expected to improve, but the weather system hardly moved and a spokesman for the Met office said the situation is expected to persist into this evening.

The third thunderstorm broke at about 4.15 p.m. and such was its intense that people in Valletta could not see the other side of Grand Harbour. 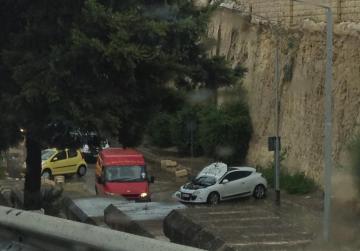 A damaged car outside the tunnels in Sta Venera. Picture Alan Coppini - mynews@timesofmalta.com

Motorists returning home from work found the same conditions they had found when leaving home - with traffic slow or jammed and roads already flooded.

Several cars were carried by the raging water in Qormi and Msida.

See report of this morning's thunderstorm at http://www.timesofmalta.com/articles/view/20120903/local/streets-flooded-traffic-jammed-after-heavy-downpour.435391 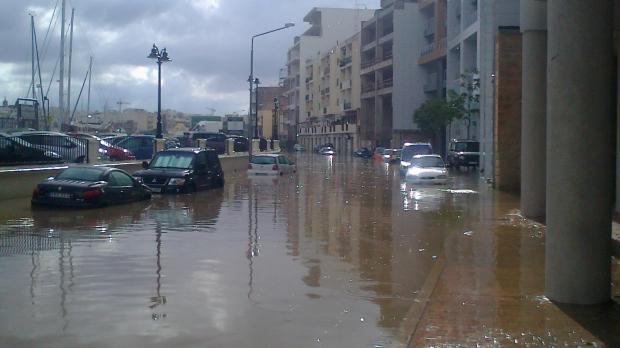 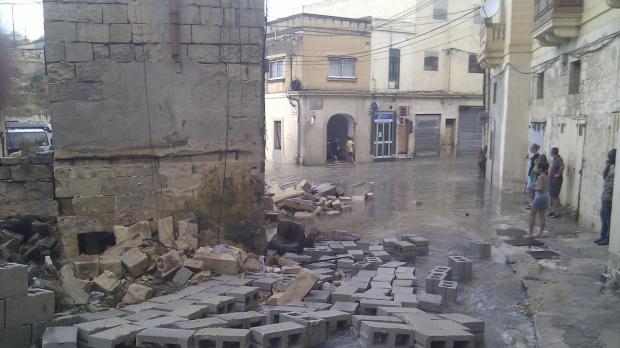 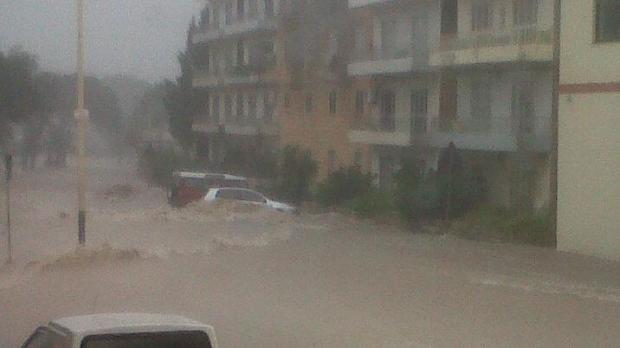 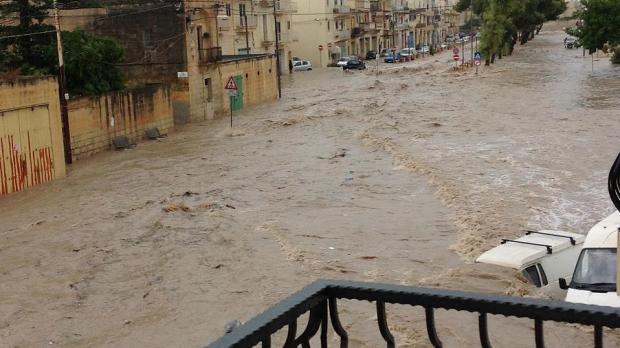 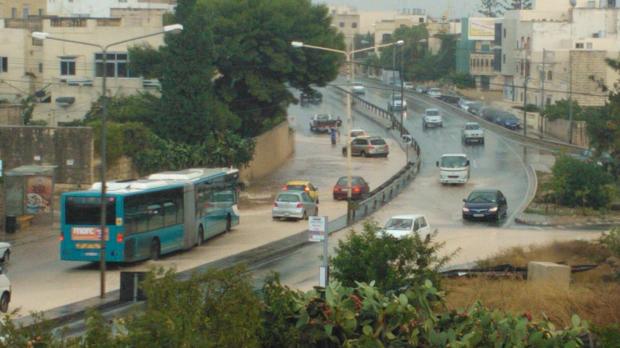 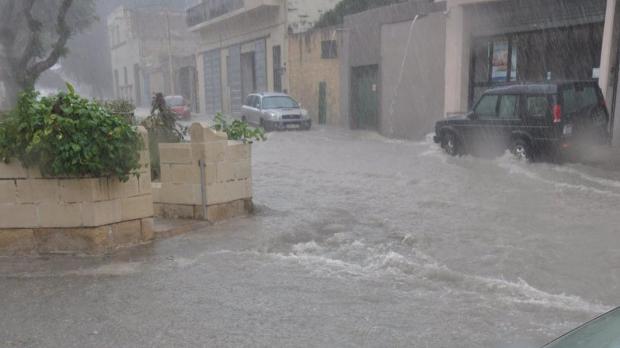 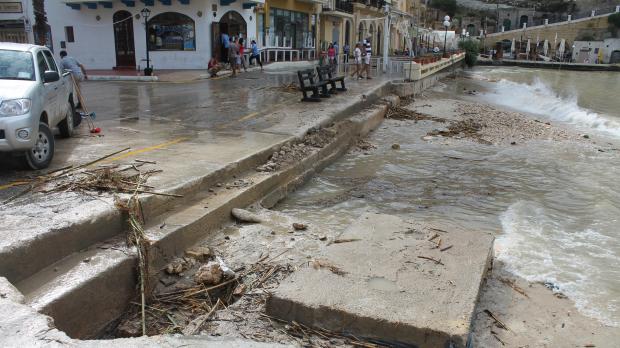 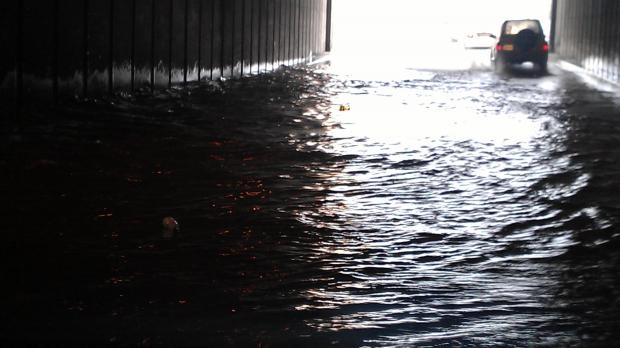 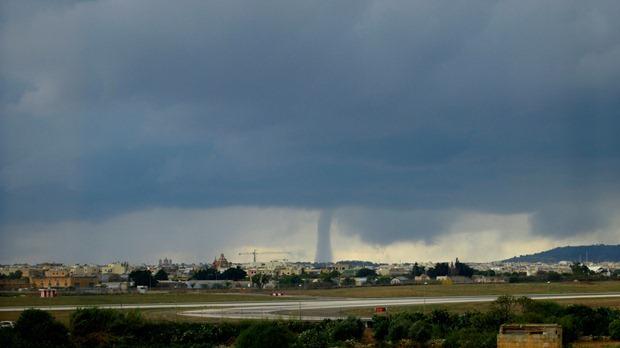 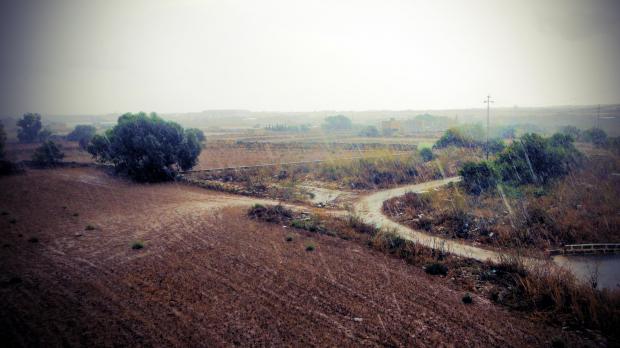 The scene in Siggiewi - Picture by Luke Zammit - mynews@timesofmalta.com