A 46-year-old man from Marsascala was shot dead in Mosta this morning in the second murder today.

He was identified as Joseph Cutajar, known as Il-Lion, who was undergoing court proceedings after having been accused of the murder of Kevin Gatt, 32 of Ghaxaq and Stephen Zammit 32 of Fgura.

They were shot on March 15 in an underground complex of garages in Marsascala. Cutajar was out on bail.

People on the scene said that Cutajar was found in a pool of blood on the ground with his feet still in a car - a Green Toyota, with the wipers still working. He had been driving the car and was shot several times, possibly by an assailant who had been waiting for him.

The incident happened at about 8.30 a.m. in Mill Street.

It was the second murder today after a 41-year-old man from Balzan was found dead after having been shot in the head at Bahar ic-Caghaq.

It is not known if there is a link between the two cases.

The Mosta murder scene this morning. 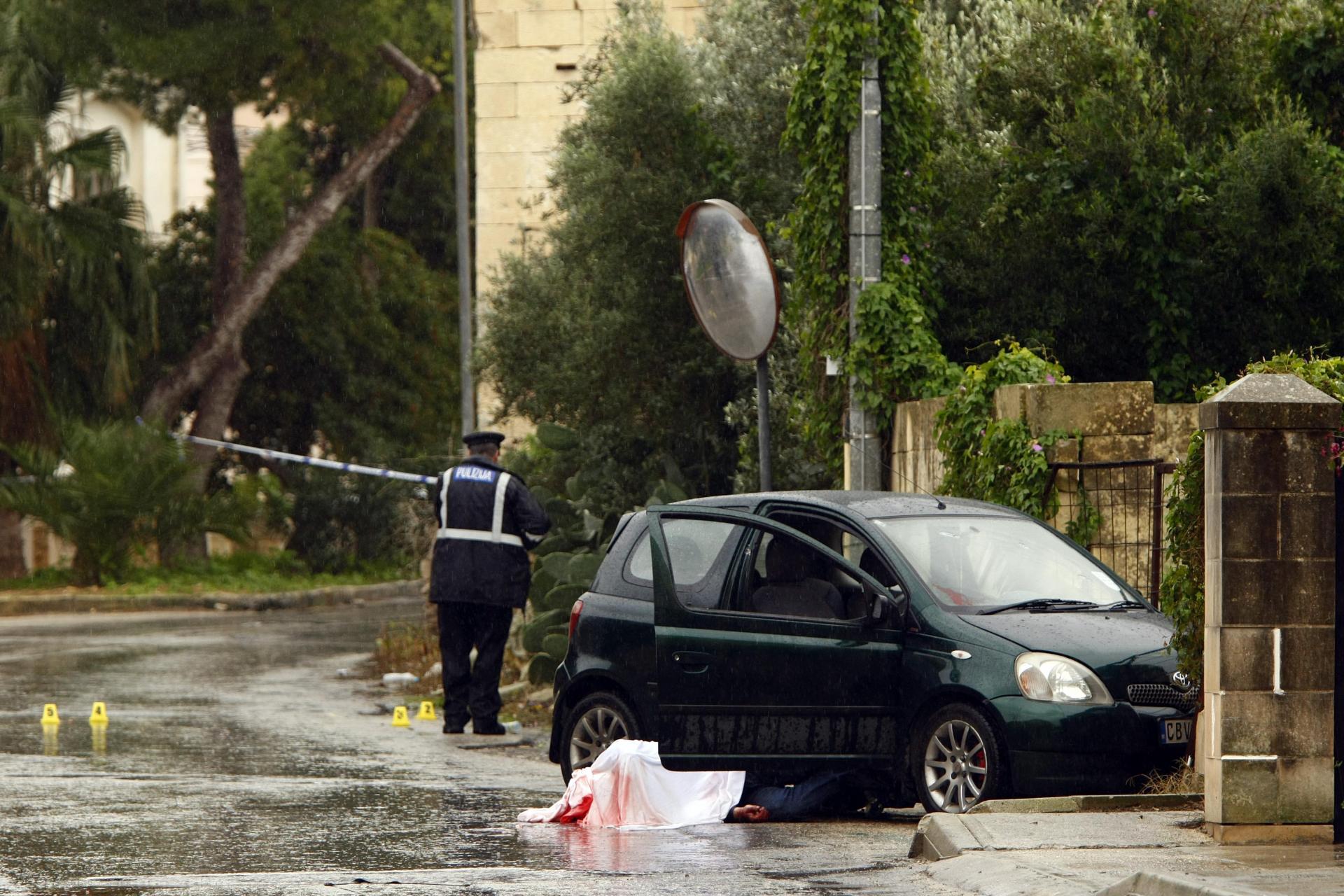