A man, who allegedly set fire to a car belonging to a police officer on new year’s eve at Tarxien, was remanded in custody upon his arraignment on Thursday.

Denilson Manicaro, a 21-year old Paola resident, was arrested late on Tuesday night in Valletta on suspicion of having set fire to a Toyota Vitz, parked on Triq l-Isqof Tumas Gargallo at around 2am on December 31.

CCTV footage had revealed a grey VW Polo with distinctive features, which investigators from the Arsons Unit eventually linked to the accused.

Mobile localization data also placed the suspect at the scene at the time the fire broke out.

When arrested, a personal search of the suspect yielded a key that matched the vehicle driven by the man.

Inside that vehicle, police found 31 sachets of cocaine, containing around 12 grams of the drug. 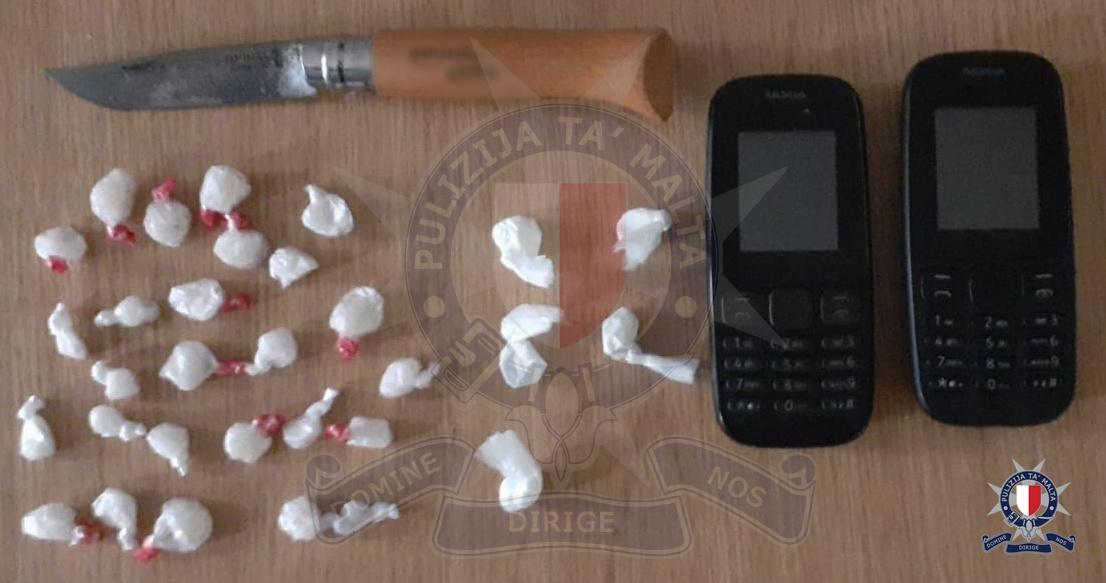 Manicaro was accused of setting the car on fire as well as cocaine possession under circumstances indicating that the drug was not intended solely for his personal use.

The prosecution explained that under interrogation, the accused had said that he never meant to destroy the policeman’s car, but had meant to target someone else’s vehicle.

When offered help by police to settle any pending dispute with a third party in an amicable manner, the accused had allegedly turned down the offer, remarking that such a solution “only happened in the police world.”

The man pleaded not guilty.

A request for bail by defence lawyers Franco Debono and Amadeus Cachia, was strongly objected to by the prosecution, which argued that investigations were still ongoing and that other persons were possibly involved in the incident.

Debono rebutted, arguing that all evidence had been preserved in the ongoing magisterial inquiry, thus reducing the risk of tampering with evidence.

Moreover, the accused had cooperated and had a clean criminal record, the lawyer pointed out, noting further that investigators could resort to police bail while investigations were still ongoing.

The prosecution rebutted that police were still working to solve the motive behind the arson attack.

After hearing submissions by both parties the court, presided over by magistrate Neville Camilleri, turned down the request in view of the nature of the charges and the possible risk of tampering with evidence.

However, the court ordered the prosecution to present the findings of the magisterial inquiry in the records of the case so that it could better decide upon any future request for bail.

This direction was described as being “in the spirit of the law,” by the man’s lawyers.