The chairman of Barclays Bank has stepped down as the row intensifies over the Libor rate-fixing scandal. 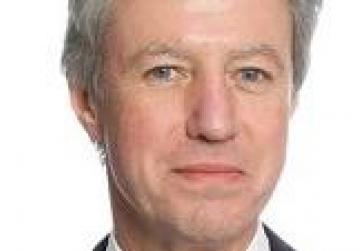 Mr Agius is the son of a Maltese trade commissioner who served in London in the pre-war years. He was originally an engineer at Vickers but turned to banking, followed an MBA at Harvard and joined Lazard 30 years ago before moving to Barclays.

He is one of the world's top corporate financiers and comes to Malta on occasion, being, informed sources said, a collector of Maltese antique silver.

Mr Agius, who was chairman for six years, said: "This has been a period of unprecedented stress and turmoil for the banking industry in particular and for the wider world economy in general."

The move comes after Barclays was fined £290 million by UK and US regulators for manipulating the Libor, the rate at which banks lend to each other.

The bank said Mr Agius will remain in post until an "orderly succession is assured" and added Barclays non-executive director Sir Michael Rake has been appointed deputy chairman.

Mr Agius added: "I am truly sorry that our customers, clients, employees and shareholders have been let down. Barclays is full of hard-working, talented individuals whose integrity is not in question."

The potential for prosecutions arising from the scandal has been downplayed by Treasury sources who point out that there are no criminal sanctions in place for manipulating the inter-bank lending rate,.

Libor is set on a daily basis by panels of banks and used to help set "swap rates" - the borrowing rate between financial institutions. These rates in turn are used to price a vast range of products such as corporate loans and fixed-deal mortgages.

Lord Blair, a former head of Scotland Yard, added his weight to the call for a criminal investigation. He said there had to be police inquiries into revelations that traders at Barclays, Royal Bank of Scotland (RBS) and other banks had tried to fix the rate.

"Anybody, the youngest detective, would say this is conspiracy to defraud. It can mean nothing else. And therefore someone has to launch a criminal inquiry into this behaviour," he said.