The first of 17 distribution assisting robots, called ‘Mario’, arrived at the State hospital this week and will be used to train doctors and nurses before the eventual roll out of the new system across the entire facility by 2021.

The accompanying software program, known as ‘Sofia’, will form part of the distribution system which MDH’s senior management said would weed out human error and wastage of medication.

'Mario' is not the only new way medicines will be distributed throughout Mater Dei: a second parallel system will run medicines through a maze of tubes that run through the hospital's wards to different wards, Mr Fearne explained.

How will it all work?

Medical practitioners will first input individual patients’ medicinal requirements into an IT system.

A specialised delivery trolley will then be attached to the distribution robots – much like a futuristic medicine vending machine - that can process the daily requirements of an entire ward in around three minutes.

Doctors and nurses will then scan barcoded wrist bands issued to in-patients and the trolley will dish out their daily dosage of medicines.

Ivan Falzon, the hospital’s CEO, said the system would free up pharmacists to work more in the clinical setting, rather than sorting out medicine doses. 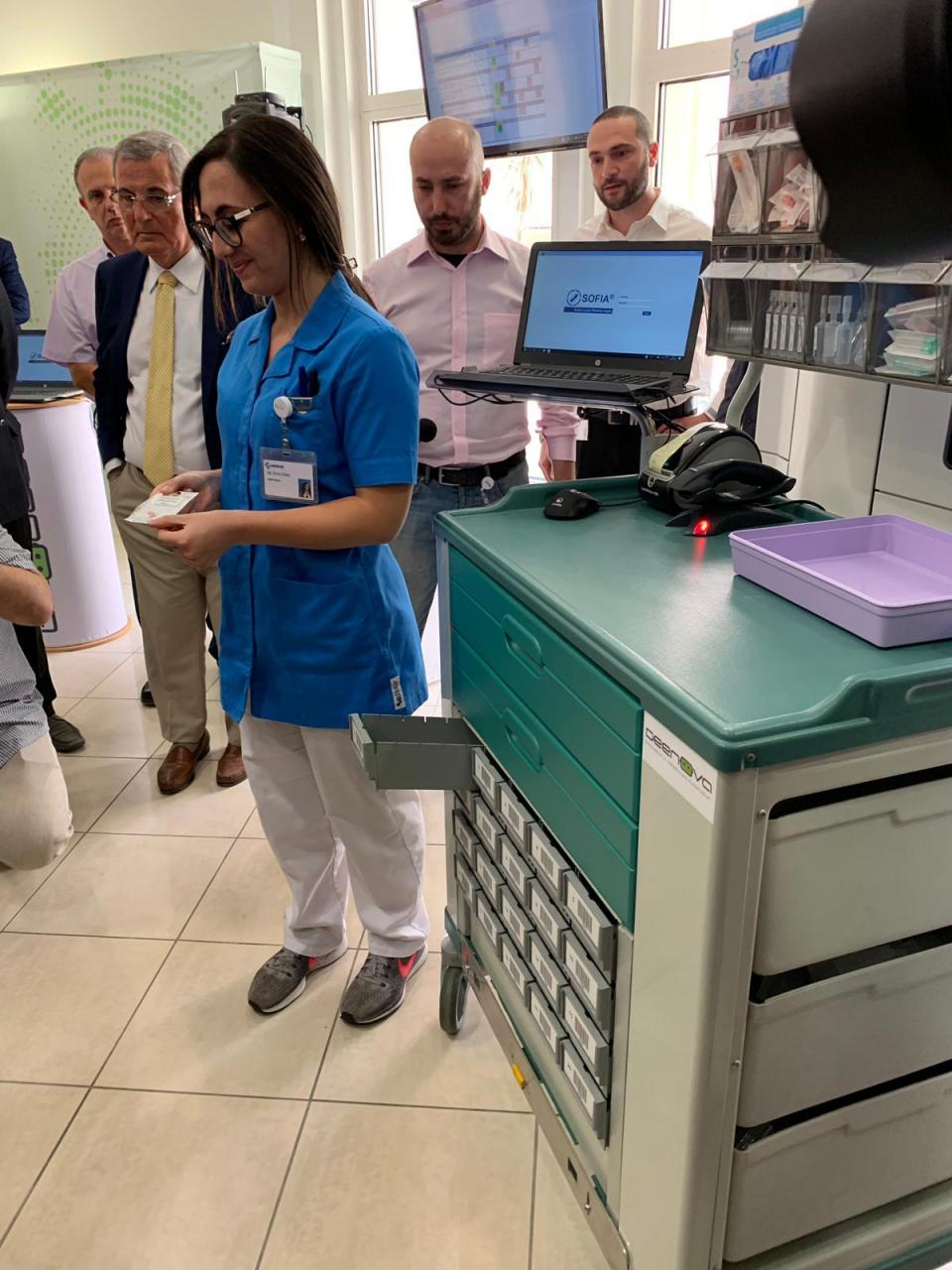 A nurse stands next to the computerised trolley which will be plugged into 'Mario'. Photo: Ivan Martin

The introduction of automated robots, he assured, would not cost any jobs but would only assist professionals, increasing efficiency.

Read: Robots to assist during surgery

How will the project be financed?

Mr Fearne told Times of Malta that although the equipment cost millions of Euros, taxpayers will not be forking out for its initial installation.

“For the first two years we will not be paying the providers anything at all, then – based on an economic formula – they will be paid in the savings that the new system generates,” he said.

This savings formula was agreed upon by the consortium providing the technology and academics from the University of Malta’s Faculty of Economics.

Mr Falzon said the agreement meant that the taxpayer would still be paying the same amount to distribute medicines at Mater Dei, but the same budget would now deliver a much better performing system.

The consortium, made up of software firm Deenova and robotics manufacturer Swisslog, would also have an interest in maximising efficiency, he said, as this would increase their own profits.