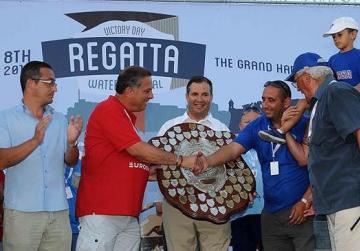 Marsa and Cospicua jointly won the traditional September 8 regatta in Grand Harbour this afternoon. Both teams finished with 64 points and will each keep the coveted shield for six months.

Senglea, who won for the past five years, came in third.

Cospicua had been leading this afternoon's regatta, having won the first, second and fourth race. Marsa won the third race and then evened the score by winning the all important fifth race.

Had Cospicua finished second in the last race, they would have won the shield outright, but then crossing the line in third behind second placed-Senglea, with Marsa first.

This was Cospicua's first triumph in 19 years. Marsa last won in 2005.

The 'B' category was won by Senglea followed by Kalkara and Vittoriosa.

A week of marine related event preceded this year's regatta. They were organised by the Malta Sports Council, which is working to raise interest in the traditional regatta. As in previous years, this afternoon's event was followed by hundreds of people from vantage points on the bastions, particularly in Senglea, Vittoriosa and Valletta.