Marsascala residents and local councillors have come together to demand an immediate halt to a design contest which they fear has been conceived to benefit businessmen and not locals.

Residents say the design competition, announced by the Malta Tourism Authority last month with little detail, is intended to give the seal of approval to plans that had already been quietly finalised by a committee set up by the town’s mayor.

The plans would see St Anne’s Square pedestrianised and vehicular traffic instead diverted in front of the parish church and primary school.

The council’s minority leader says that would benefit a businessman who sat on a committee that drafted those plans, and who owns a building in the area that is set to become a boutique hotel.

Marsascala resident Theresa Hoban said locals feared that authorities wanted to turn Marsascala into the next “Sliema or Paceville” and that residents had been shut out of any discussions concerning plans for the locality.

She was speaking during a joint press conference organised by NGO Moviment Graffitti at Marsascala on Saturday morning.

The MTA design contest calls for architects, engineers and planners to take part in an ‘urban design contest’ to improve the locality to attract more tourists.

Few details were provided about the design contest or its intention. The contest is open to submissions until September 9.

“It is clear that this design project was made with the interests of businessmen, showcasing plans which were designed without the consultation of residents or the local council,” minority leader of Marsascala local council John Baptist Camilleri told Times of Malta in an interview prior to the press conference.

The committee was tasked with coordinating communication with Infrastructure Malta, Transport Malta and Water Services Corporation to develop a plan to improve Marsascala.

It was chaired by Ray Abela, a Labour Party general election candidate on the third district. Other committee members included Eric Abela, Joseph Farrell, Angele Abela and mayor Calleja himself.

No residents or councillors were included among its members.

Farrell who owns a kiosk in the St Anne’s garden close to Marsascala square, and Abela, who works under minister Owen Bonnici, resigned from the committee shortly after joining it.

Eric Abela, who is a cousin of the committee chairperson, owns a run-down building in Pjazza Dun Tarcis Agius that has permits to be converted into a boutique hotel.

Baptist Camilleri told Times of Malta that he was invited to join two sub-committee meetings after protesting about the lack of local council representation.

“During these meetings I discovered that the members had started discussions with Infrastructure Malta and Transport Malta, regarding plans that were finalised months before,” he said.

Those plans – to pedestrianise St Anne’s Square and divert traffic to the church and school – were never discussed or shown to other councillors, Baptist Camilleri said.

The Marsascala councillor alleges that Eric Abela was behind the proposal and that he stood to benefit from them, as the pedestrianisation would divert traffic away from his property.

Minutes from these meetings seen by Times of Malta show that both Eric and Ray Abela were in talks with Infrastructure Malta CEO Fredrick Azzopardi to finalise those plans.

After receiving criticism from councillors and residents, the mayor decided to dissolve the sub-committee.

“Yet when MTA announced the design contest, this was simply was to benefit those businessmen like Abela to have their plans approved,” Baptist Camilleri said.

Abela has made counter-claims about Baptist Camilleri, resident Marianne Theuma and another resident, accusing them of several offences concerning a now-defunct activist group.

‘Save Marsaskala’ was a group established with the aim of safeguarding the locality and improving communication between residents and its local council.

Although it ceased to be active in April, its Facebook group remains open for residents to post in. 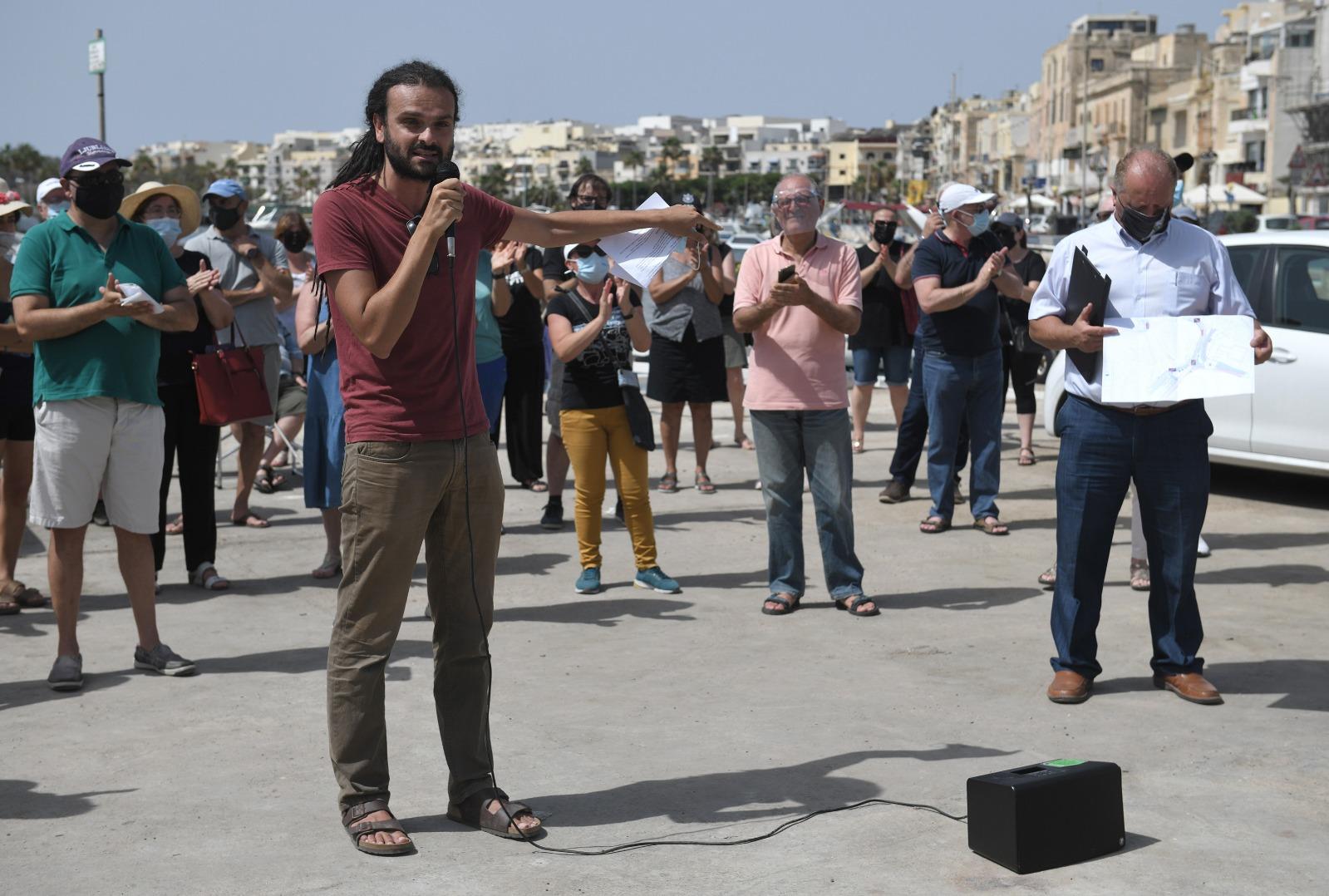 Abela has alleged that the group functioned as an NGO but was not registered as one, collected donations from residents and placed banners in areas without the necessary permission.

“No funds were evert collected on a door-to-door basis, and ‘Save Marsaskala’ never sold any goods for the benefit of the group. We simply worked as a community for residents to learn about what is truly happening behind closed doors,” Baptist Camilleri said.

He said that the group is in the process of applying for voluntary organisation status with the NGO commissioner.