When the Marvel superhero movies reached their box office-shattering climax in 2019, nobody could have predicted the saga's next installment would be a kitsch, black-and-white TV sitcom called WandaVision.

But a lot has changed since Iron Man and friends saved the world in that summer's all-time record-grossing blockbuster Avengers: Endgame (and mopped up some loose plot points in Spider-Man: Far From Home shortly thereafter.)

The wildly popular franchise of 23 interconnected movies has ground to a halt along with the rest of the world as COVID-19 shuttered movie theaters, delaying Black Widow and other big-screen superhero sequels.

Meanwhile, parent company Disney has splashed out billions bringing its biggest franchises and characters to the Disney+ TV platform, as it locks horns with Netflix, HBO Max and others in the spendthrift "streaming wars."

So here to finally push onward the over-arching plot of Marvel's "cinematic universe" is WandaVision, an oddball and fiercely original series out Friday on Disney+.

WandaVision finds them – without explanation – living happily married in the idyllic 1950s town of Westview, which is seemingly lifted straight from an episode of Bewitched or I Love Lucy (complete with canned laughter track.)

They still have superpowers but have traded battles with genocidal villains for a cozy world of school fund-raisers, neighbourhood watch meetings and anniversary dinners.

If that sounds incredibly weird, it is.

"When I first heard the pitch of the show, I was gobsmacked," admitted director Matt Shakman.

"There are so many shows out there on streaming right now – to find something that feels so special, like it hasn't been done before, that's really rare," he told AFP.

"And this definitely is one of those."

Of course, all is not what it seems.

Mystery shrouds the arrival of Wanda and Vision in their bizarre new home, and some neighbours appear to know more than they initially let on.

Trailers suggest that later episodes will hop through time and bring Marvel fans the more familiar popcorn action sequences they have been craving – and, indeed, scenes shot in colour. 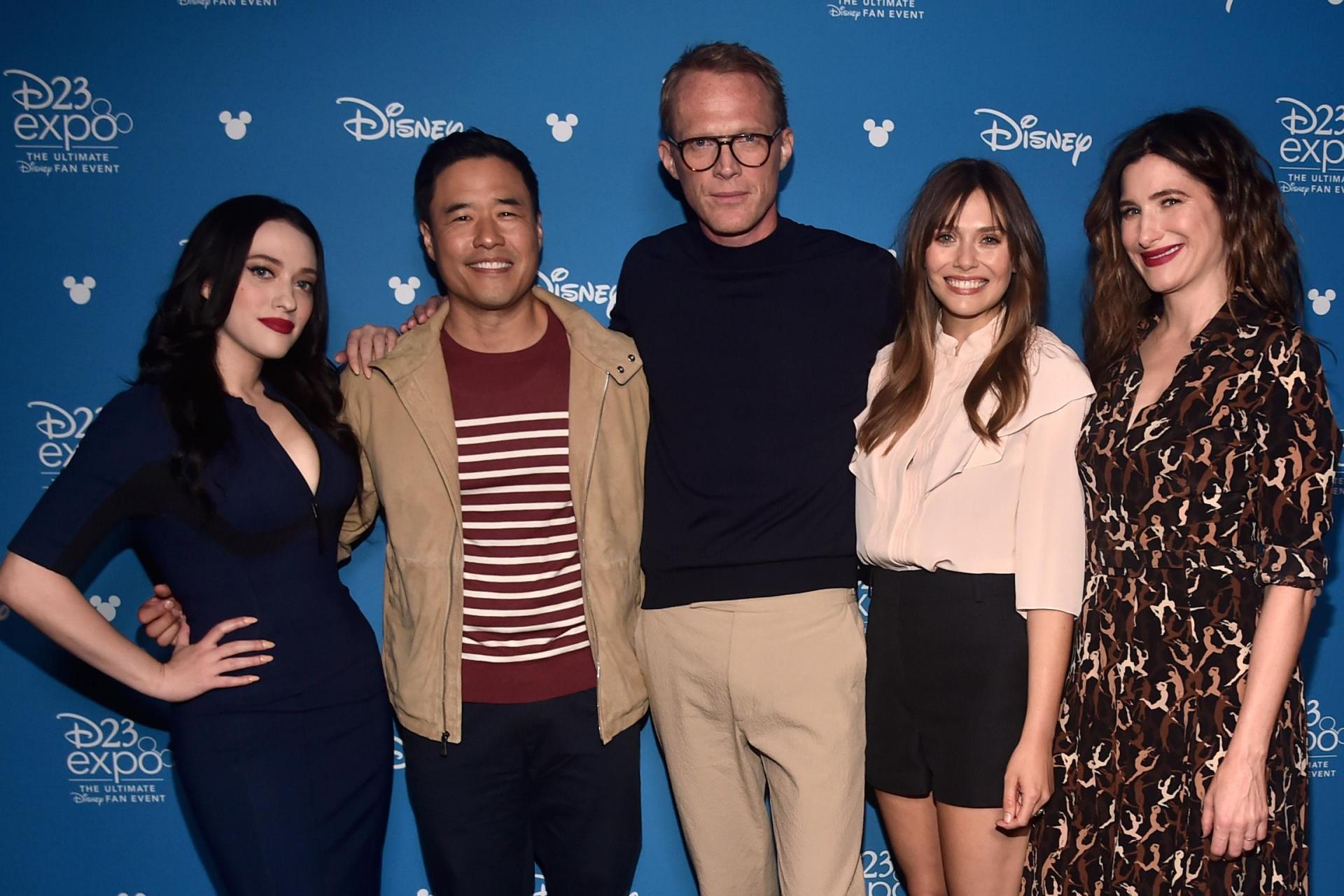 Keeping plot under wraps, Marvel has shown press just three well-received episodes, which are remarkable mainly for humorous set-pieces in which the pair narrowly avoid revealing their secret to nosy neighbours.

"The (Marvel) movies are hilarious and that's definitely a huge part of their secret sauce," said Shakman, who drew influence from his background on other TV comedies including It's Always Sunny in Philadelphia.

"The number one rule that we learned on Sunny is if it makes us laugh, it will make other people laugh."

Beyond the gags, starved Marvel obsessives are itching to find out what has happened to their favourite characters.

Marvel has produced dozens of TV series before, but WandaVision is the first confirmed to fit – somehow – into the films' grand, shared storyline.

An explosion of fan theories has tried to solve these riddles, not least how the show gets around Vision's death in 2018 film Avengers: Infinity War.

"There is so much anticipation for the show," said Shakman.

"The 'why' of it all is part of the great mystery of the show," he explained.

WandaVision is just the first of a dozen Marvel series in the works for Disney+.
Bosses hope the shows can emulate the small-screen crossover success of Star Wars smash hit The Mandalorian, which has sent subscribers to the new platform in their droves.

But while Star Wars films have traditionally stuck to a fairly rigid "space Western" formula, Marvel have never been afraid to experiment, said Shakman.

"They have been taking these crazy risks the whole time – Guardians of the Galaxy, Thor: Ragnarok... they're constantly playing around with genre and tone and doing things that other people thought were pretty bonkers," he said.

"That worked out great in the end. And WandaVision definitely is a big swing... it's very different."