Hundreds of people were evacuated from an initial reception centre in Marsa on Wednesday after a large fire broke out inside one of its dormitories.

Around 480 residents, all migrants being detained while their asylum applications are processed, were rushed out of the centre.

Three detainees and 11 workers at the centre were treated for smoke inhalation, but nobody was hospitalised.

The fire began at around 1pm inside one of the centre's dormitories after a few detainees turned rowdy, the police said in a statement.

Police said they had arrested 20 people in connection with the incident and taken them to a police lockup at their Floriana headquarters.

Massive plumes of black smoke blew through the air as police officers and Civil Protection Department officials worked to control the situation and evacuate people.

Police officers urged people to move away from the entrance to the centre as they worked. Access to Triq is-Salib tal-Marsa was temporarily closed off.

More than a dozen police cars and three fire engines were spotted at the scene. 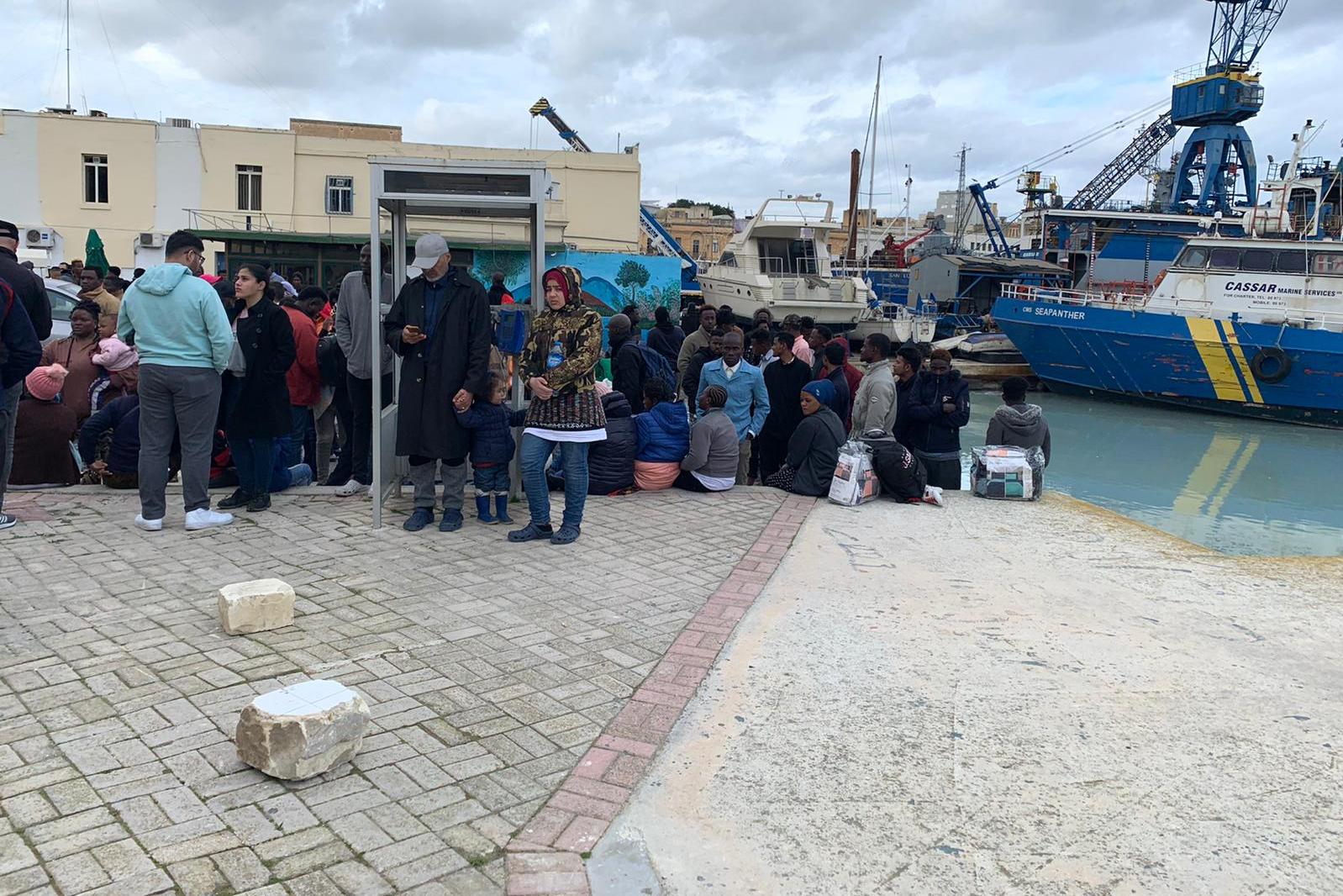 Well over 100 people stood outside, watching calmly as the smoke continued to rise. Many, wearing thin jumpers or shirts, shivered and huddled into blankets as they kept young children close.

Minister Fearne reached the scene at around 3pm and spoke with emergency service members as well as Marsa mayor Josef Azzopardi.

He declined to answer questions about growing tensions within migrant centres or whether he believed existing infrastructure used to house asylum seekers was adequate.

"It is too early to draw conclusions," he said as he thanked police and CPD officials for their work.

What will happen to the detainees?

The dormitory in which the fire is believed to have started sleeps around 150 people, sources told Times of Malta.

With the fire put out, CPD experts began the job of assessing damage to the Marsa centre. Detainees unable to return to their dormitories would be temporarily moved to an open centre in Ħal Far, sources said.

Priority would be given to families and vulnerable people, they added.

By 3pm, authorities were escorting a group of detainees back into the centre. Around 50 people remained outside as of 3.45pm. 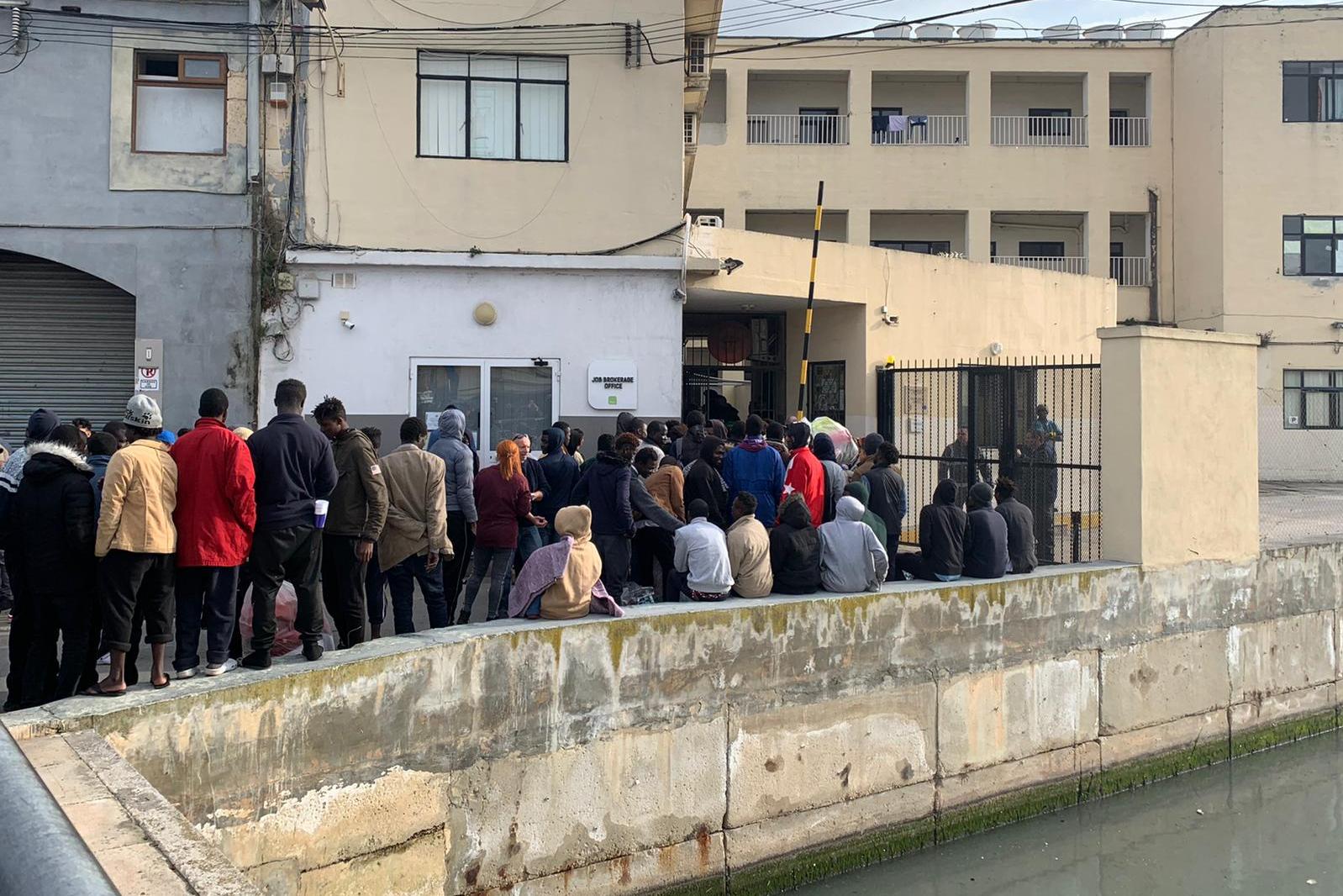 A group of residents being escorted back into the centre on Wednesday afternoon. Photo: Jessica Arena

AWAS workers checked on children and families and distributed blankets as they waited outside. Some were overheard reassuring them that alternative accommodation would be found for them.

But with the Ħal Far centre already close to capacity, authorities face a challenge in finding short-term housing for affected people. 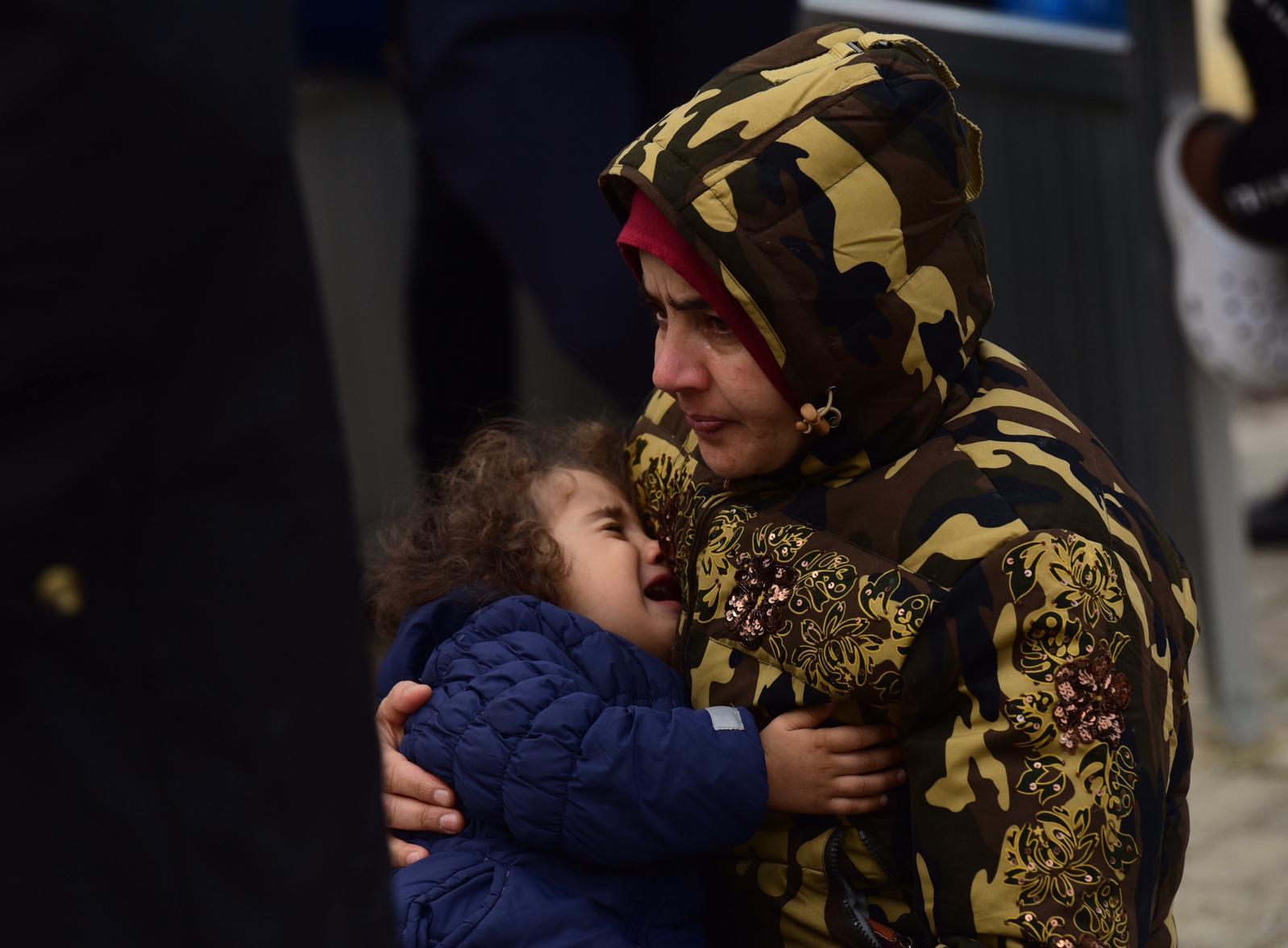 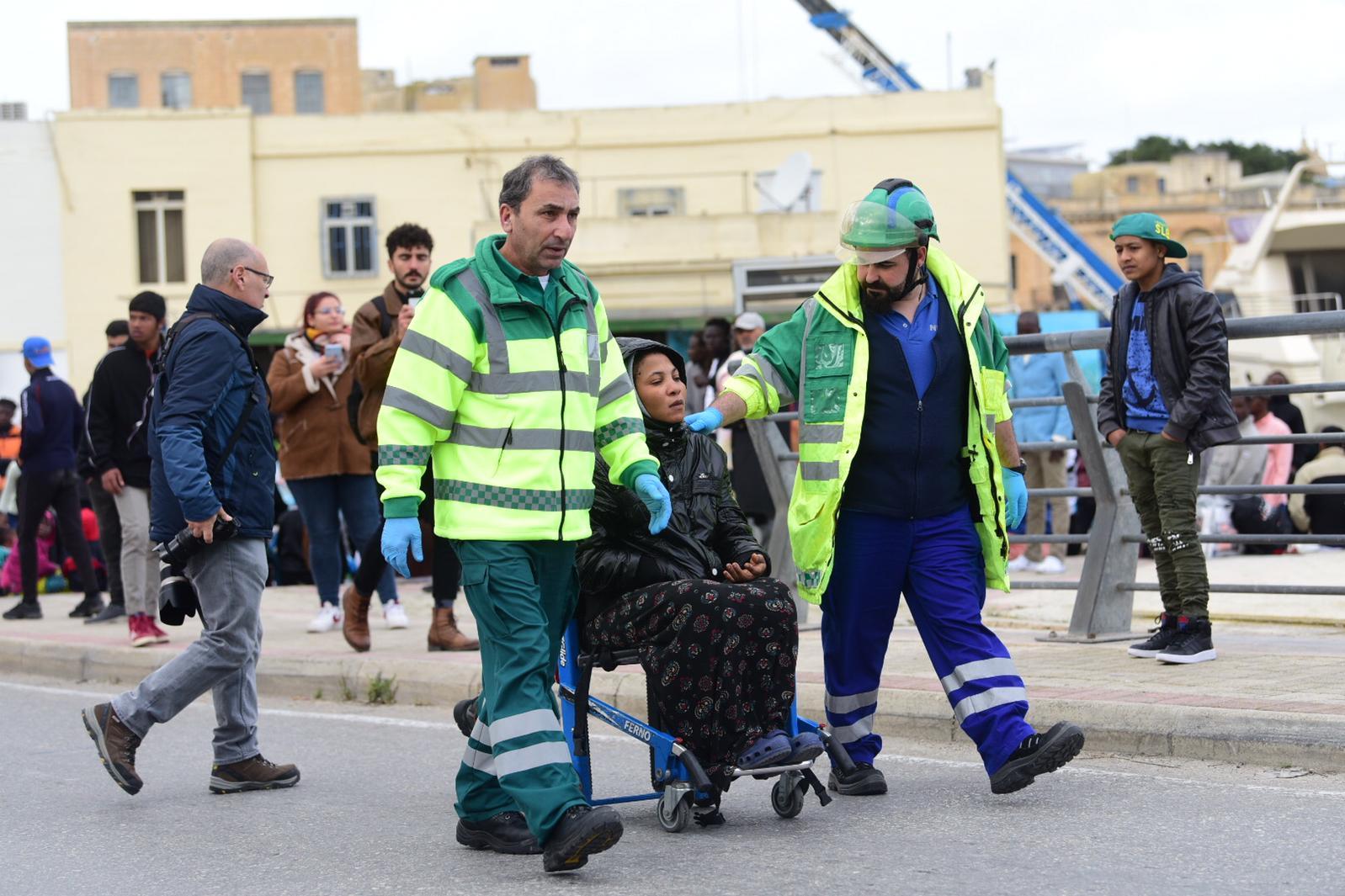 About the Marsa centre

The Marsa centre was previously used as an open centre which residents were free to enter and exit from. It is now used as an initial reception centre, where migrants who arrive in Malta by sea are housed while their asylum applications are assessed or they are relocated to other EU member states.

The centre is managed by the Agency for Welfare of Asylum Seekers. It was previously operated by the Foundation for Shelter and Support to Migrants.

Marcelle Bugre, who serves as a project development manager at the Foundation, was left heartbroken by news of the fire.

"Years of hard work supporting desperate people, applying for funds , building culturally sensitive rooms, social work, education, a model of practice based on collaboration, access to medical and mental health, preventing idleness and dependency, making peace with neighbours in Marsa, cultural nights, preventing riots and disasters like this one .... all in smoke and blamed on migrants", she wrote on Facebook. 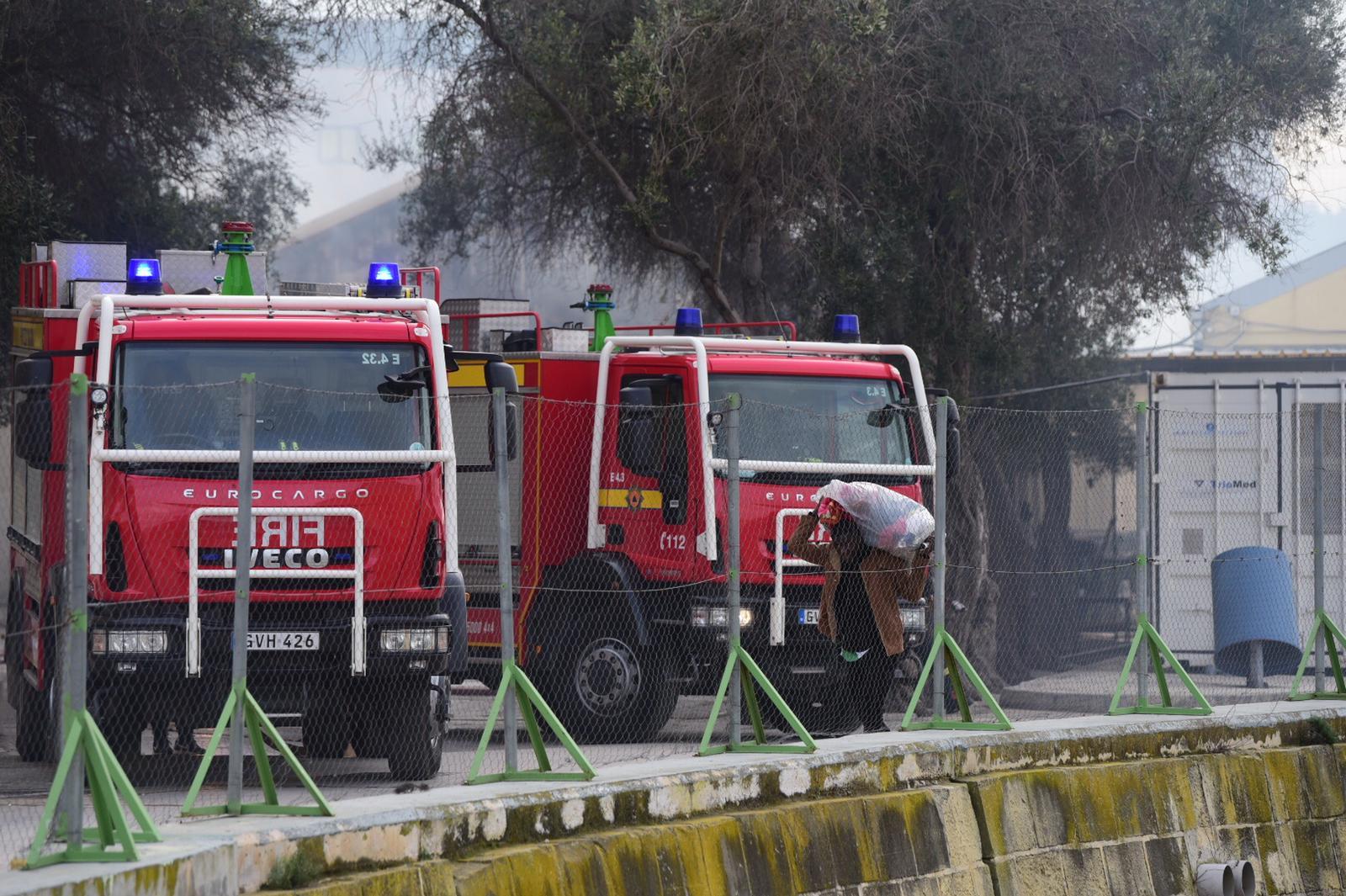 Fire trucks at the scene, as a man carries a bagful of belongings out. Photo: Mark Zammit Cordina

Tensions within migrant centres have risen in recent months, with people detained growing increasingly restless as they wait to discover their fate.

Last week, UN refugee agency UNHCR said that around 1,400 people were being detained inside the Marsa centre and another in Safi.

Conditions are said to be especially dire in the Safi centre, which has seen a series of riots over the past months.

The most recent uprising, last Monday, led to 24 arrests and 22 people charged in court.

Police urge people to move along. 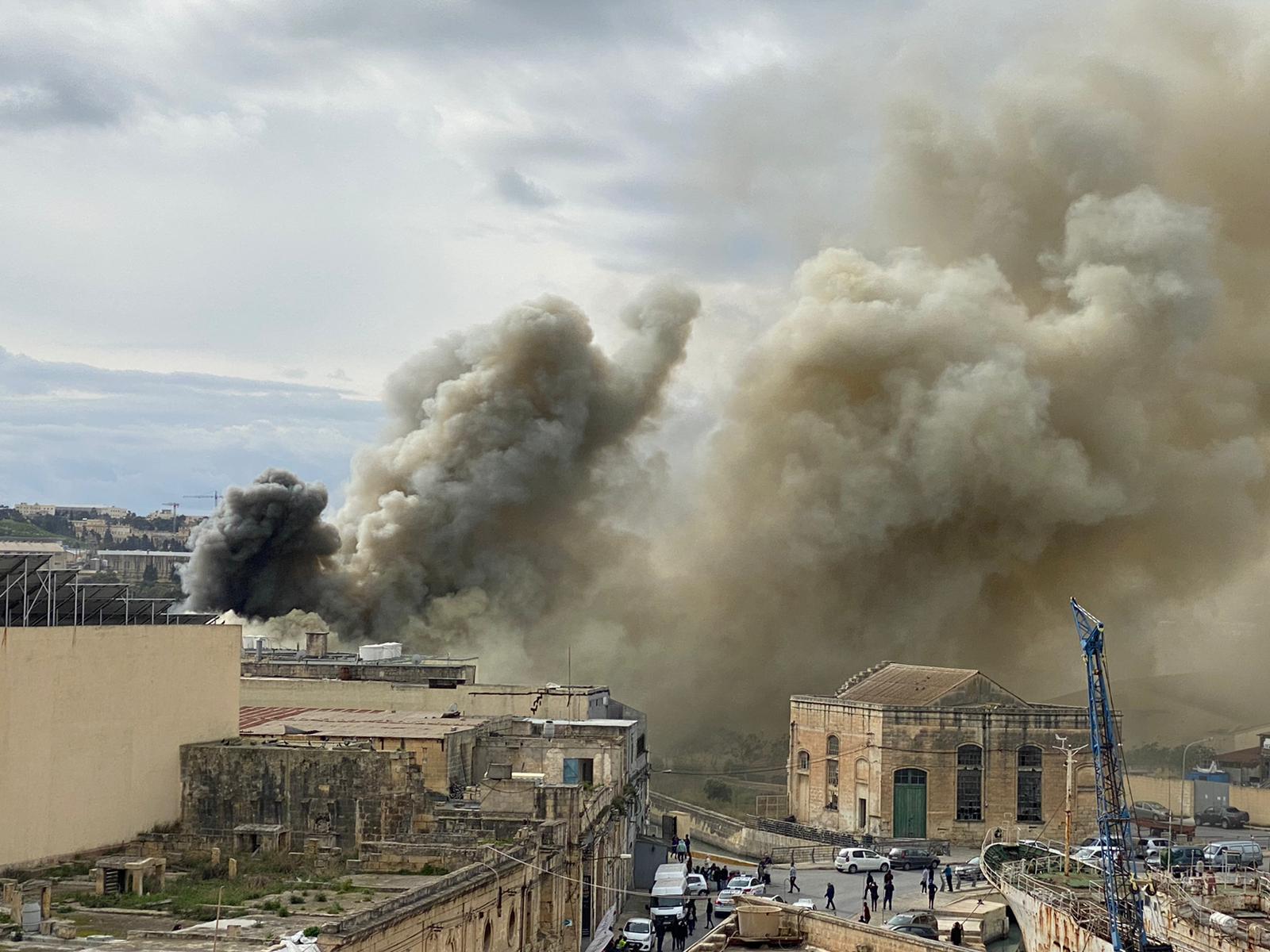 Massive plumes of black smoke as the fire rages inside.