A Mattia Preti painting at the apse of the Mdina Cathedral has been successfully restored.

The work, which cost €70,000, was inaugurated by Auxiliary Bishop Joseph Galea-Curmi on Tuesday evening.

The painting, on the wall of the old church, which existed before the 1693 earthquake, was commissioned to Preti in 1688. It portrays the shipwreck of St Paul and is considered one of the most loyal paintings to the shipwreck story as recounted in the Acts of the Apostles. 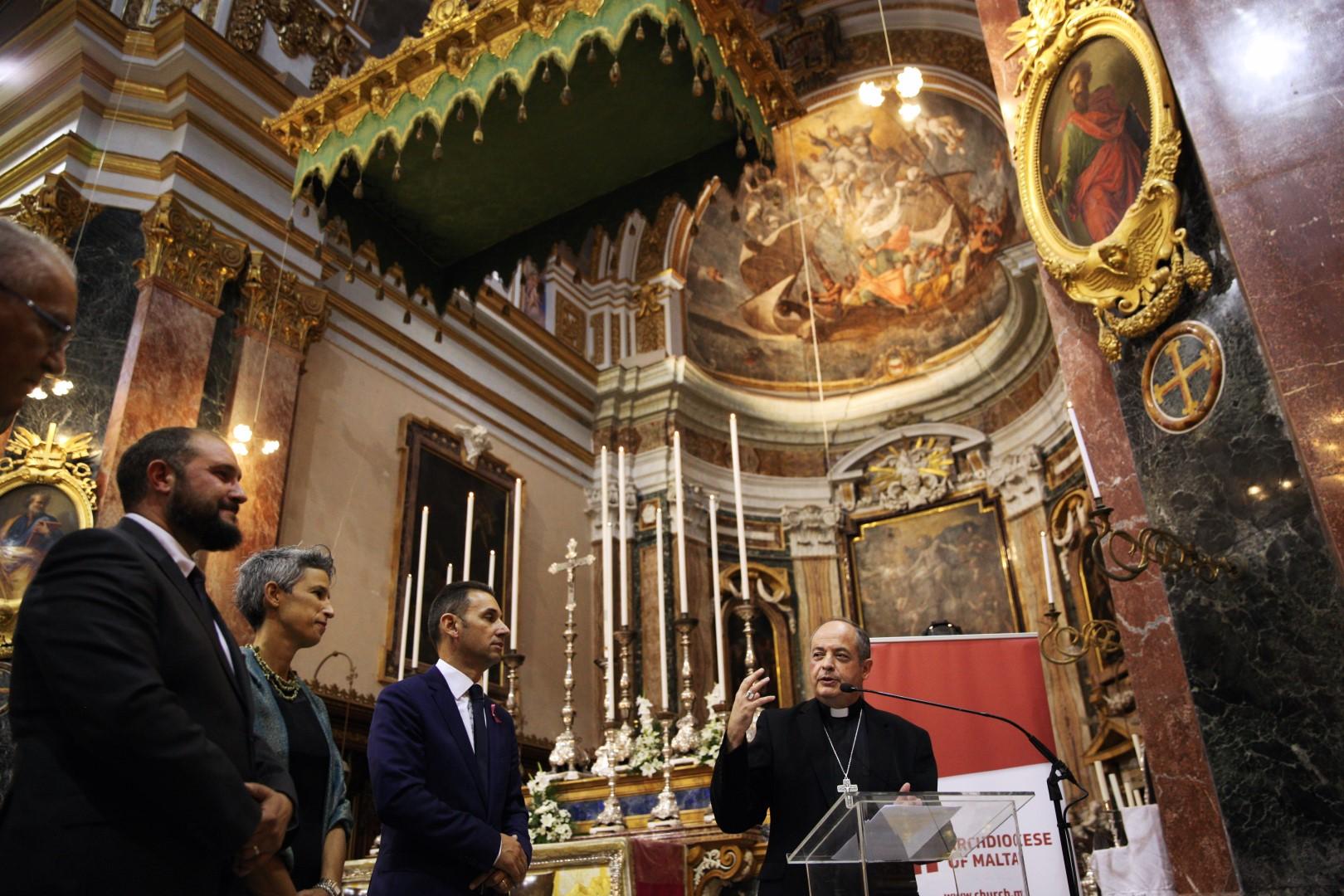 St Paul is at the centre of the painting looking at the Eternal Father who is sending his angel to console him and assure him that all 276 people on board the ship would survive.

The painting was extensively damaged over the years and a number of restoration interventions had been carried out.

The project was partly financed by the EU. The work was carried out by restoration cooperative Re-Coop.