Valletta mayor Alfred Zammit said on Wednesday that he was forgiving a man who allegedly set fire to his car last September and whom he knew as a child.

Zammit was testifying in proceedings against Brentley Pace, a 21-year old storekeeper, who is pleading not guilty to four arson attacks in Valletta, over a five-month span, the last case targeting the mayor’s BMW 520d.

“I knew Brentley as a child. I know his parents and grandparents. I know he has a good family background. I remember him on the streets of Valletta. I know him well,” said Zammit.

Recalling that evening of September 24, Zammit explained how he had returned home at around 11pm, after parking his car at a reserved spot in the Hastings car park.

He was in bed when the call came through, alerting him about a fire close to his home.

Looking out from the balcony, he saw the blaze and immediately called Valletta police station, telling them to call the firemen.

Going out on the street, he was joined by the police and watched as the car was reduced to a  “total loss.”

Asked whether he attributed the attack to any previous incident, Zammit replied, “No, it was a surprise.”

Prompted further by his lawyer, Matthew Xuereb, the witness recalled how he had received a call from Times of Malta, asking about previous arson cases in the city. 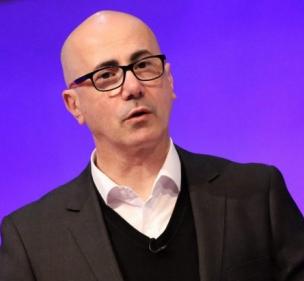 That was some days before his own vehicle was targeted, Zammit said, explaining how the newspaper had published his interview wherein he had spoken about residents’ fear of such dangerous attacks close to their homes.

As mayor, it was his duty to check out such cases, offering residents a helping hand.

Asked whether he recognized anyone in the courtroom, Zammit said that he had known the accused as a child.

“It was a trauma, something unnecessary in my life. But since Brentley is young, I wish that he reforms himself and I forgive him.”

“If it’s him, of course. I know his family. I forgive him wholeheartedly,” Zammit concluded.

Another Valletta resident, who had parked her Smart car next to the mayor’s vehicle, testified how she ended up having to rely on public transport since her car was also written off as a total loss.

The woman recalled how she had just closed her kitchen windows and was preparing a meal when a sound “like rainfall” prompted her to look outside, onto the car park near the House of the Four Winds.

“One minute I drove home in my car, the next minute I found myself without a car,” the frustrated woman told the court, also voicing concerns about insurance claims before stepping off the witness stand.

Another resident, whose scooter was targeted in another arson on July 27, testified how that night he was asleep when his son woke him up, alerting him to a fire outside the family home.

A ball of fire

“All I saw was a ball of fire,” the man recalled.

The owner of a Citroen C3, that went up in flames in the evening of August 9 after having been parked on East Street, recalled the call from a neighbour that had brought her rushing from Lija that night.

By the time she reached Valletta, firemen were putting out her burning vehicle which, however, also ended up a total loss.

“I was born and raised there. Cars had been burnt before, but I never expected it would happen to me. It had never crossed my mind,” the woman explained.

Although the police investigations linked Pace to that August arson, his defence lawyer sought to prove otherwise, by summoning the accused’s aunt and cousin to testify.

They both confirmed a set of photos taken with their mobile phones on the evening of August 9, at a family outing to the Lija Labour Party club.

Those images had been taken between 8:30pm and 10:30pm and the accused had been there too.

His aunt, moreover, explained that after the COVID-19 March outbreak, the accused had often slept at her Sta Lucija home, which was close to his workplace.

She would drive him to work and also to his mother’s home at Valletta, since he did not have a car to drive at the time, and he did not stay out long, “because he gets up early for work.”

The prosecution requested the court, presided over by magistrate Claire Stafrace Zammit, to appoint an expert to retrieve the photos from the devices.

The request was upheld.