A garden covering a private underground car park at the entrance of Valletta has finally been installed, eight years after it was first announced.

Infrastructure Minister Ian Borg said in a video uploaded on social media on Monday that the garden covering the privately-operated MCP car park in Floriana had been completed.

The 5,000-square metre green space, which acts as a canopy at street level, was part of a project to fill in the central shaft of the multi-storey underground car park, adding space for around 400 more cars.

The project was first estimated to cost €5 million but doubled to €10 million.

It was first announced back in 2012. However, the project was only given the green light by planners in 2015, with developers given four years to complete works from the commencement date. 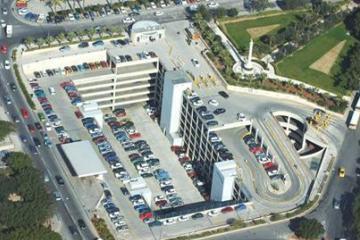 The MCP car park used to have a central shaft.

The project had experienced an initial delay as the car park’s operators argued that the concession on the land ought to be extended to make the project more feasible.

On Monday, Borg said the government was committed to creating green open spaces to be enjoyed by the public.

Environmentalist Claire Bonello, on the other hand, was quick to point out how five years had passed since the project had been approved by the authorities.