For the first time in recent history, the media - except for the state broadcaster - has not been allowed in to the Ambassadors’ Room of Valletta Palace to follow the swearing in of Malta’s new prime minister, Robert Abela.

The Office of the President told Times of Malta that the media will follow the ceremony on screen in a press room “as is done abroad”.

Journalists have been told to gather in the room under a bridge in the courtyard of Valletta Palace.

Asked for a reason for the new procedure, the spokesperson said the palace was undergoing major restoration and accessibility to the Ambassadors’ room was restricted.

Allocating a room for the press was deemed as a safer option. 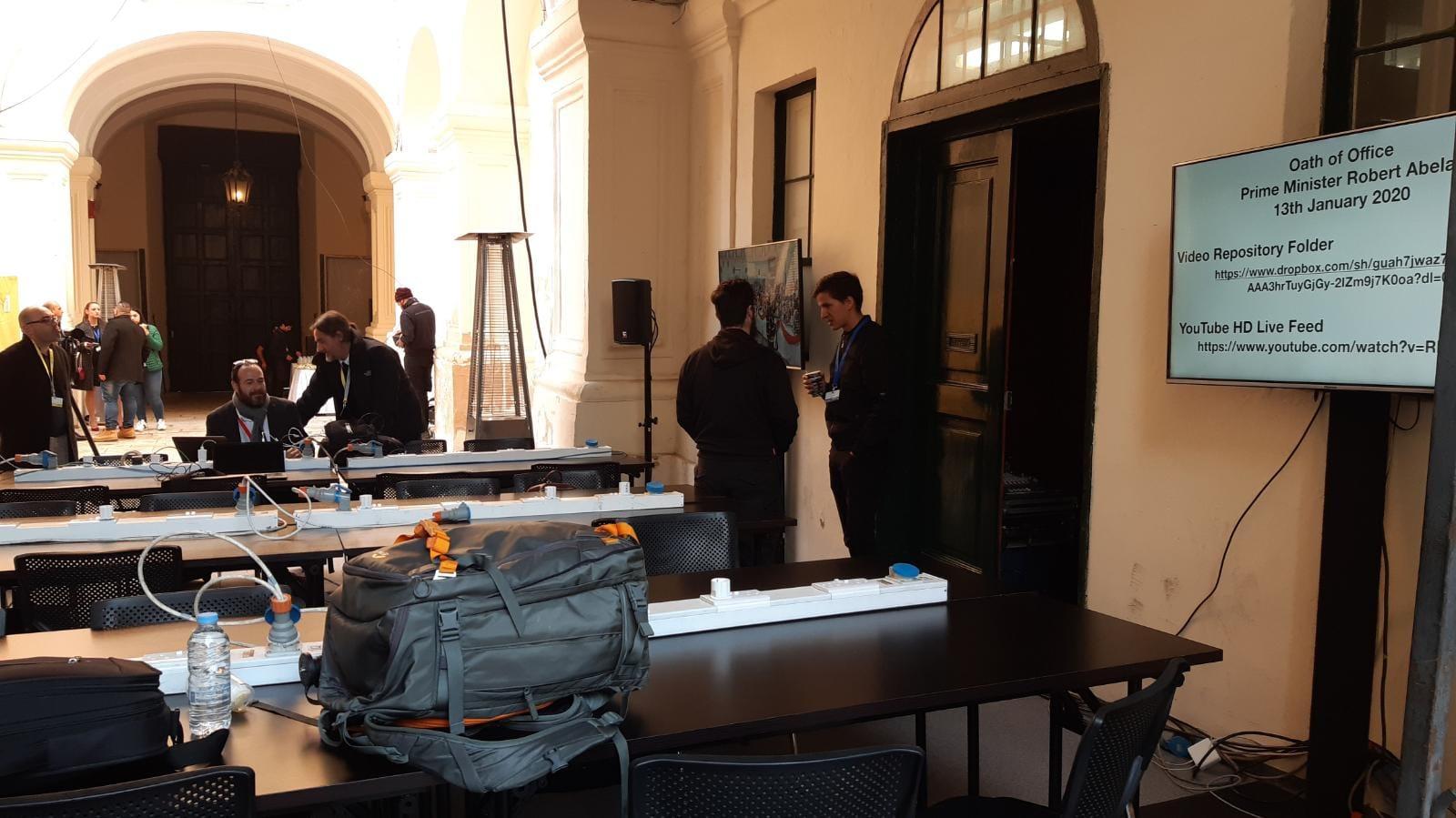 The press room set up where media will watch the ceremony on a screen. Photo: Sarah Carabott

The palace is undergoing a much-needed €10 million overhaul thanks to an EU-funded project.

The ceremony was initially planned to take place at the San Anton Palace, where President George Vella has temporarily transferred his office as restoration at the Valletta Palace is ongoing.

Sources said the plan was scrapped so that just like his predecessors, Dr Abela can take the oath of office in the Ambassadors’ Room and cheer the crowd gathered in St George’s Square.