Melita is preparing a bid to acquire Vodafone Malta, industry sources have told the Times of Malta.

The move was initiated by Apax Partners, the French firm that acquired a majority shareholding in Melita in February 2016.

The sources said a merger of sorts between the two companies had been explored in the past but this time it was Melita initiating the process.

“There was talk of Vodafone buying Melita on various occasions in the past seven years, but the latest development is unlike any of these, since now it is Melita preparing a takeover bid,” the sources said.

News of Apax’s move to acquire Vodafone Malta was disseminated by TMT Finance, a reputable industry journal, five days ago.

The journal quoted unnamed sources saying Apax was in talks with a number of banks about a loan deal, which would back the acquisition. The journal said talks were “at a fairly advanced stage”.

TMT Finance said the details and valuation were not yet known but the deal appeared to be a result of bilateral talks.

Industry sources talking to the Times of Malta confirmed that talks between the two telecom companies were being held, but little else was known.

Melita is preparing the takeover bid, unlike in the past

“It may yet be another attempt at market consolidation that eventually goes nowhere, but such a takeover would make sense for Melita, since its mobile offering is the weakest portfolio in its setup,” the sources said.

Melita yesterday directed this newspaper to Apax in France when asked to comment about the takeover bid. Meanwhile, a spokeswoman for Apax said the company “will not comment”.

A similar reply was received from Vodafone. “Vodafone Malta has no comment to make,” a spokeswoman said.

Apax and Belgian company Fortino Capital acquired Melita last year. The French firm holds 86 per cent of the shares, while Fortino has a 12 per cent stake. The remaining two per cent shareholding is held by management.

Industry sources said it was normal for investment companies like Apax to make acquisitions with a view for long-term gain when they eventually sell out. 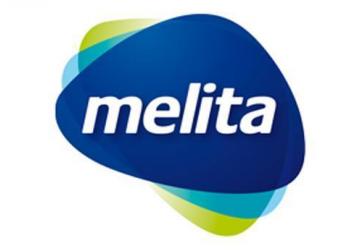 “If the deal goes through, Melita would carry more value and Apax can expect a good return when and if it sells its shareholding several years down the line,” the sources said.

While the company boasts of having a presence of sorts in 75 per cent of all households, its penetration rate for mobile telephony is third, behind Vodafone and the other quad-play operator, Go.

Vodafone Malta, which is 100 per cent owned by the Vodafone Group, offers mobile phone service and nationwide Wi-Fi internet coverage. However, the telecom company has no cable infrastructure.

If the deal does happen, it will have to be cleared by the regulator, since it will reduce competition in the mobile phone sector to two from three.

This would be the latest development in the telecoms market after Tunisie Telecom of Tunisia acquired a majority stake in Go last August.