In the first of a three-part article, Joe Zammit Ciantar reminisces about Xlendi during his childhood days, shares his nostalgic feelings for the hamlet as he once knew it and his concern about how it has developed over the years.

Today, I do not enjoy having to go down to Xlendi Bay, in Gozo, not even for a meal in one of the many restaurants that have opened during the last 50 years. It is no longer the Xlendi I loved so much.

Xlendi, whose name derives from a mythical Byzantine word which resonates xelandion ‘a ship’, was one of the most romantic, serene, tranquil places in Gozo in my childhood days. It was a fabulous bay. I loved Xlendi much more than any other bay on the island where I was born and raised. 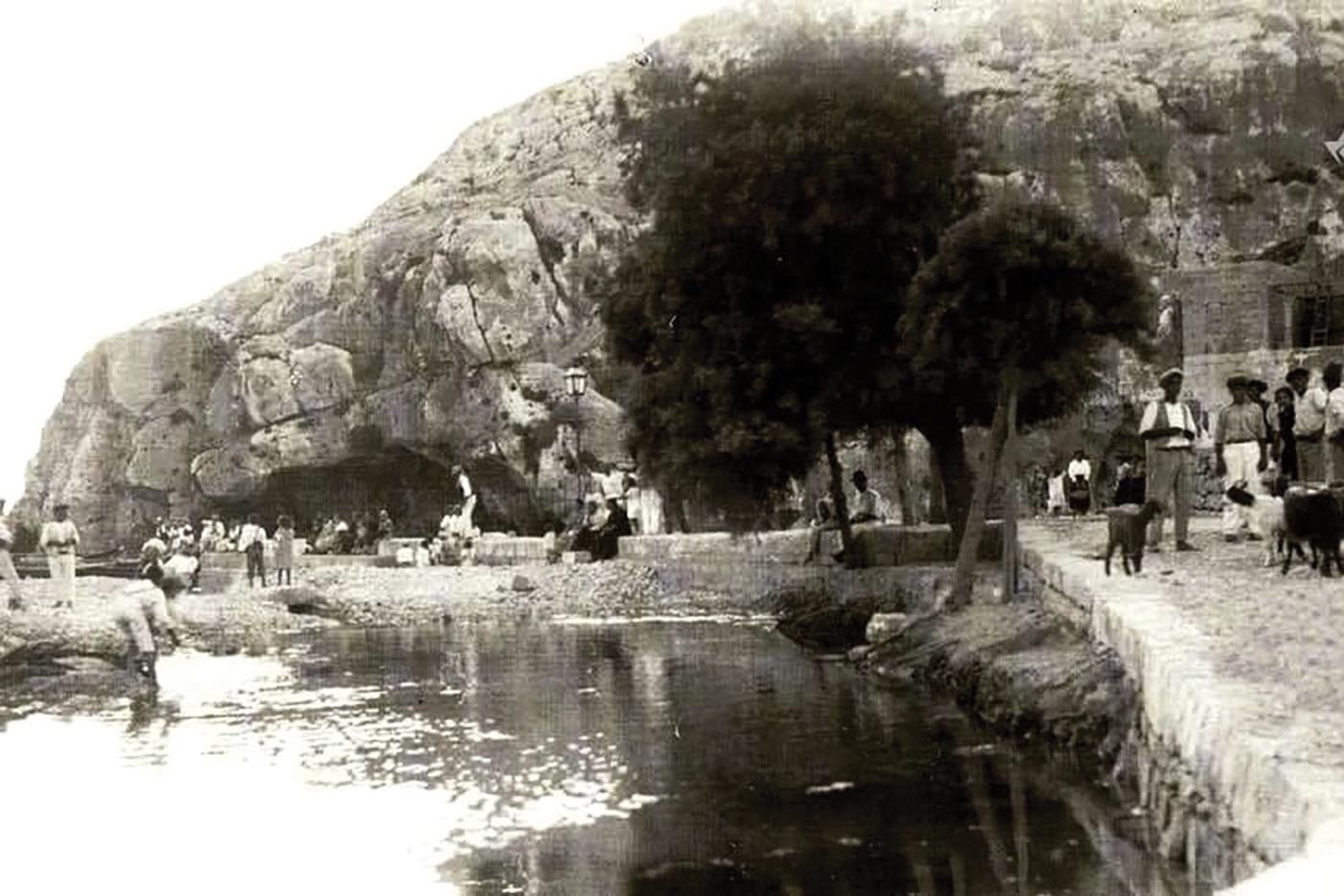 Locals at the bay in 1900. Photo: Joseph Karl Bajada of RetroGozo Facebook

It is a very picturesque bay, geologically resembling a small fjord. It is situated on the western coast of the island, indenting the otherwise high ridge of cliffs that stretches from Dwejra on the northwest to those of Ta’ Ċenċ on the southeast.

Facing almost directly the setting sun, the small bay used to enjoy seclusion and, then – at least till the 1950s – only the few fishermen who dwelt in the small houses built on the front, a few metres away from the greyish sandy beach, and those who lived in It-Triq tal-Għajn, alias Il-Funtana (Fontana), about a kilometre up on the outskirts of the capital city, Rabat – officially named Victoria in 1887 – used to frequent it to make a living with their colourful dgħajjes (boats), when the sea allowed, but especially in the months between March and October. It was a summer attraction for swimming for my family. And we grew to love it.

At the time, more foreigners rather than natives used to be attracted to the bay for quiet, relaxing strolls and remote peace. The Gozitans preferred the larger and more popular Marsalforn Bay on the northern coast of the island.

In winter, the bay and its surroundings used to be almost empty and, especially at night, one could ‘kill and bury’, as a Maltese proverb ‘toqtol u tidfen’ implies, and only the sea waves, smashing against the rocks around, broke the sacred silence of day and night. 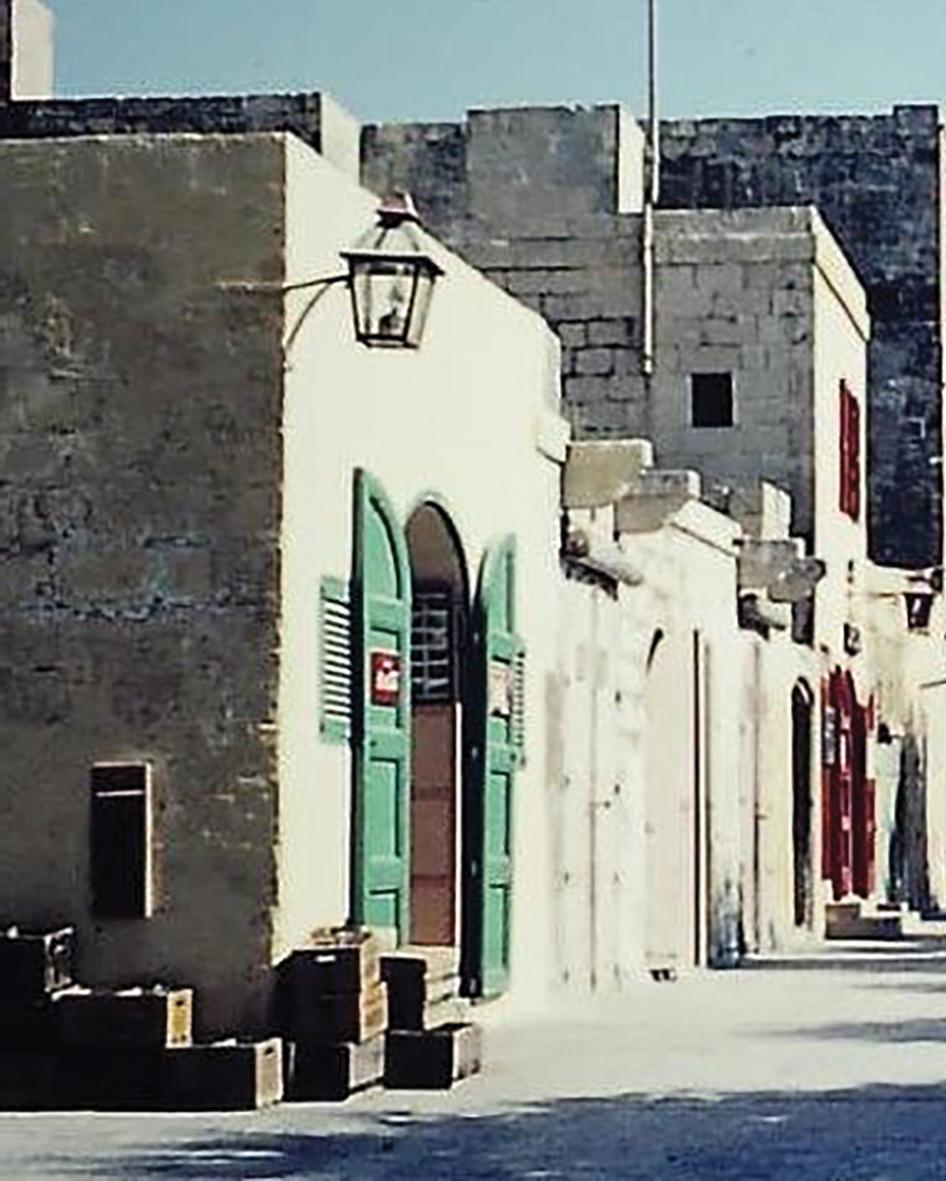 An oil lamp in a lantern in the old days. Photo: Joseph Karl Bajada of RetroGozo Facebook

I remember in old days when the only artificial street light provided was by paraffin lamps in large lanterns – today used as decorative artefacts – fixed to walls some three metres above the ground, which were lit by a Maltese ‘Larry’. ‘Larry’ is the name of a man who used to light and put out similar street paraffin lamps in street lanterns, cited in the poem The Lamp Lighter by Robert Louis Stevenson.

The Maltese counterpart was ‘Majsi’, immortalised in a poem most probably inspired by that of Stevenson, Il-Kebbies tal-Fanali (The Lamp Lighter), by Gozitan poet and former president Anton Buttigieg.

As far as I remember, there was one such lantern affixed to the façade − or perhaps to one of the sides − of the small chapel on the rocks on the right, at the end of the road that leads to the bay. The chapel used to stand alone, perched high up on the rocks, beside the great cave in which an old mill is to be found. But today the buildings erected around the chapel almost hide it, as in the case of many of our churches dwarfed by much higher constructions around them.

I have not frequented this chapel very often. But I have been inside it a few times. 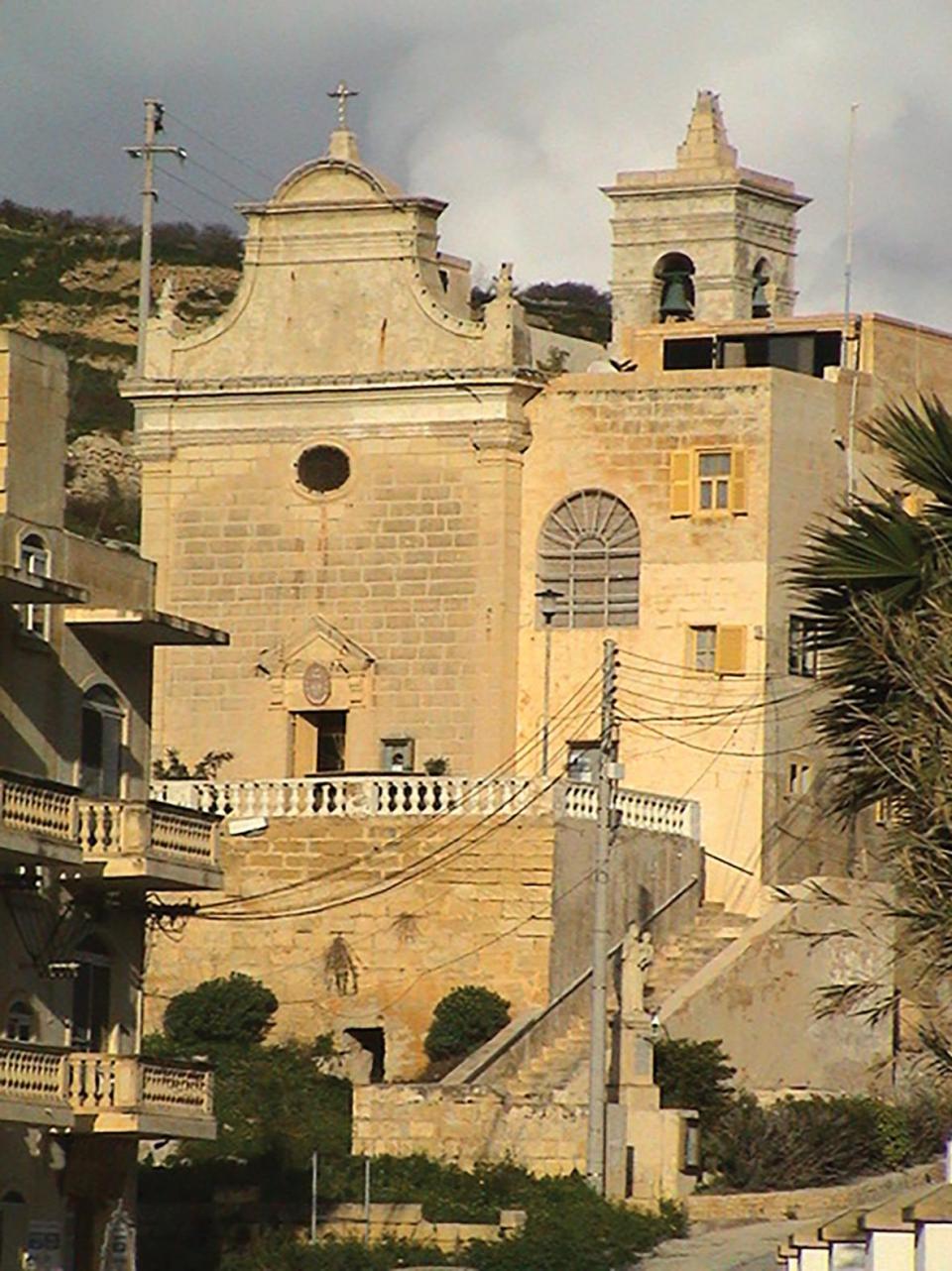 The chapel dedicated to Our Lady of Mount Carmel was built in 1868. Photo: jjpzammit

It is a small chapel that, fortunately, still retains much of its old architecture and aesthetics. The only one surviving from some other four chapels, it is dedicated to Our Lady of Mount Carmel.

It was built in 1868 and had been enlarged only at the rear.

I still have an impression of a ‘ġostra’, consisting of a greasy pole fixed on the rocks on the left of the bay, protruding high up out on the sea, on which players tried to walk to catch a flag attached to the pole’s end. This used to be held as part of the water games organised on the feast of the patron saint, on the first Sunday in September.

A large crowd would clap and jeer and fill the bay with unusual thunderous shouting, encouraging the arduous daring youths, most of whom would slip during their endeavour and splash into the sea beneath.

It was quite a spectacle. 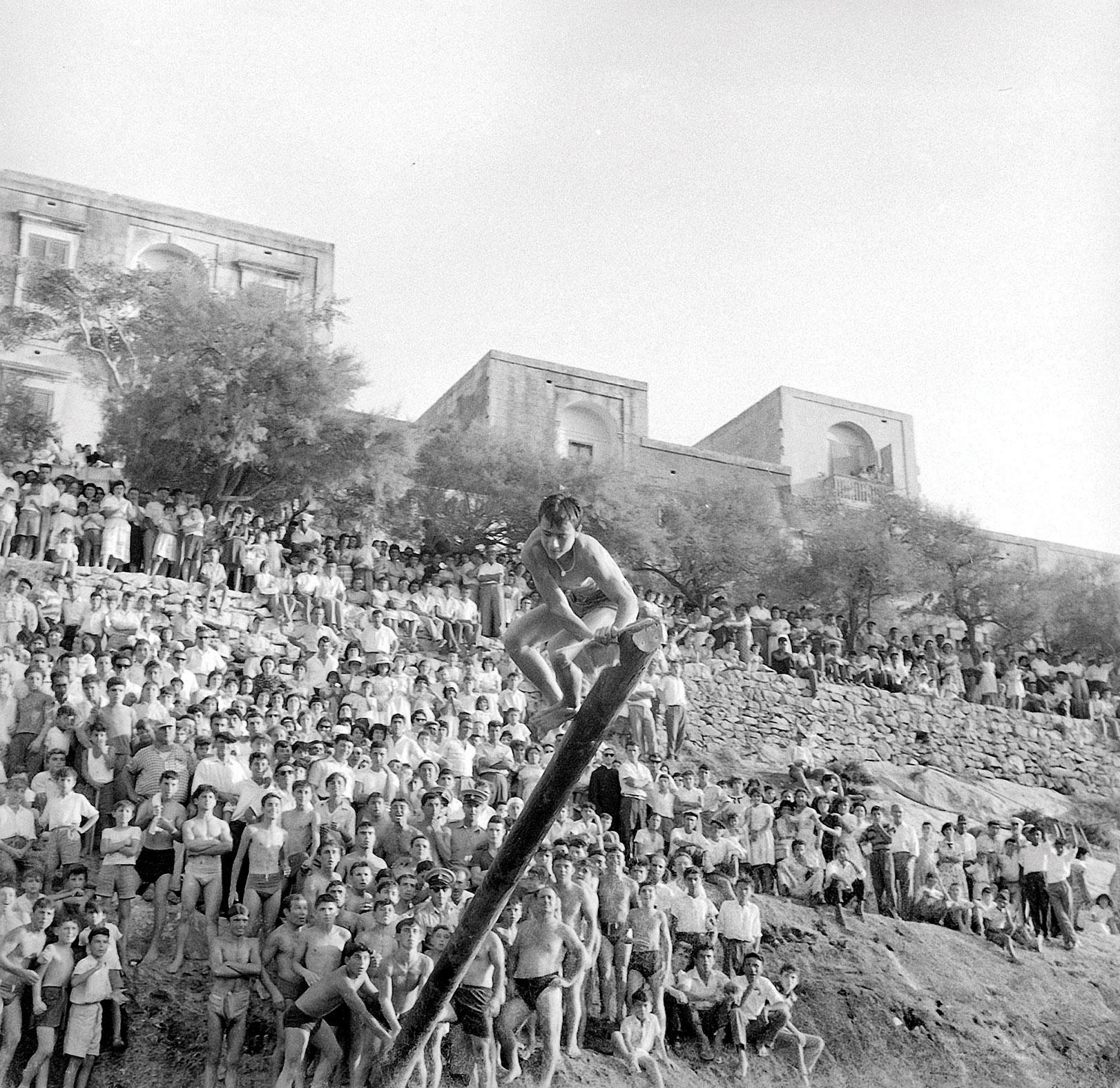 A young man trying his luck at a ġostra (greasy pole) organised during the feast of Our Lady of Mount Carmel in the 1950s. Photo: Kikku Cremona

When electricity power reached the bay, only a few low-wattage lamps replaced the lanterns or were fixed on top of poles planted in the ground rocks around and their new ‘brightness’ broke the otherwise pitch darkness of Xlendi at night.

Today, the picture is quite different.

The building boom of the 1960s and the crave of unscrupulous speculative owners of the barren rocky slanting heights on the left-hand side of the bay, in a few years, brought about the construction of matchbox-like flats and houses and transformed the site into a village, with little – if any – respect for the environment and, particularly, aesthetics.

They disturbed the enchanting characteristics of Xlendi once and for all. The craze for a summer resort by the locals, and the quench for a quiet place by one and all, including foreigners, were sorted out by providing an ever-increasing supply for the ever-growing demand.

Today, more flats, large houses and villas with unused large drive-ins and thirsty trees and Bougainvillea plants have helped to appease the foreigners in search of a quiet place in Gozo.

Several restaurants, and at least two large luxurious hotels on the front, are helping both local and foreign tourism, much needed for the economy of the island.

Meanwhile, the 140-year-old stone statue of the patron saint of fishermen, St Andrew, still overlooks the small boats lying beneath it and the bay… unfazed by the happenings around it.

Xlendi and its confines 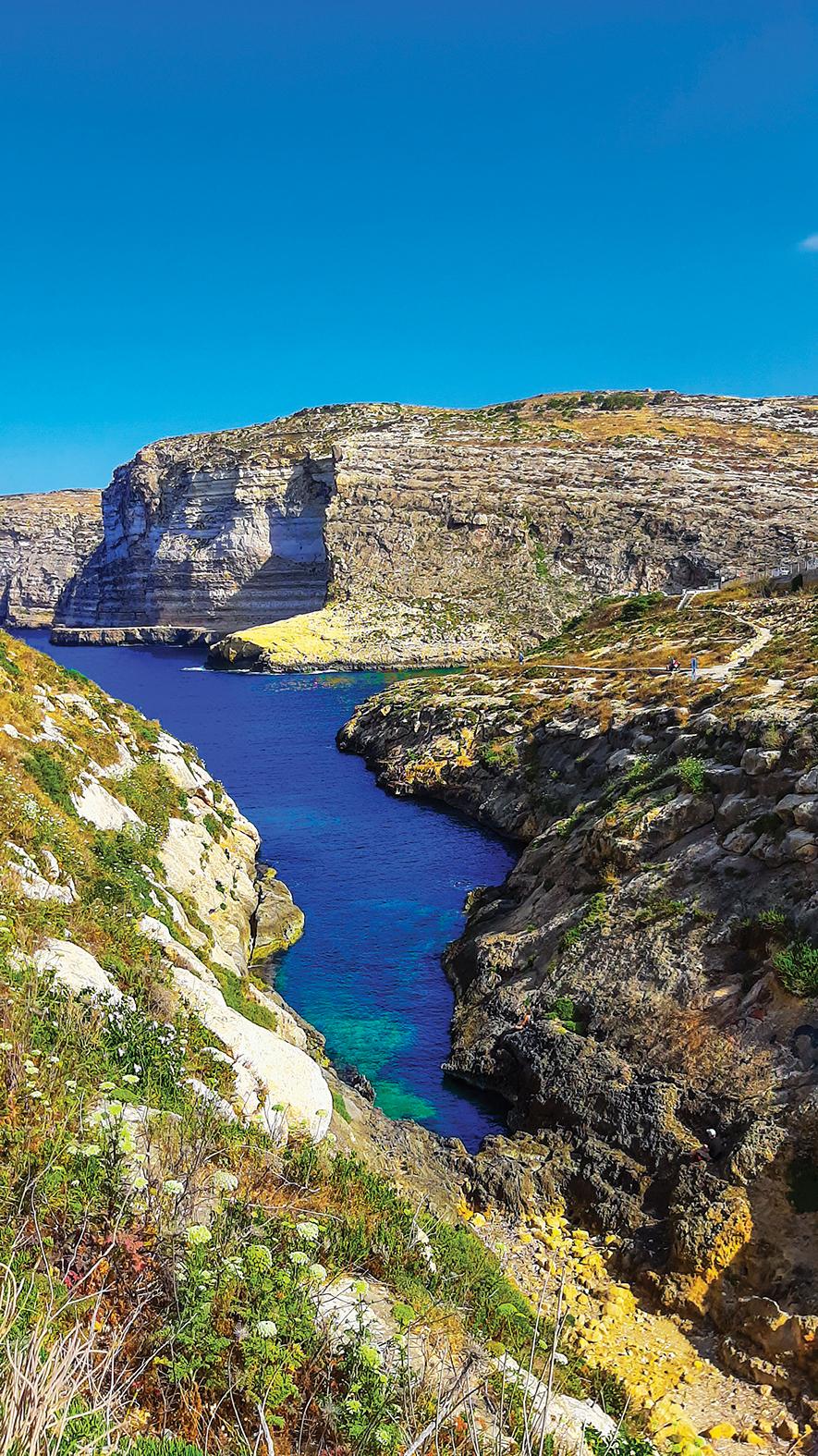 The confines of Xlendi include some interesting places.

On the right-hand side there is a large sea cave called L-Għar tad-Dgħajjes (boats cave), another sea cave named L-Għar ta’ Karollina (Karollina’s Cave) under the heights beneath the village of Kerċem and the large and wide Id-Dkieken – Maltese for ‘stone benches’ – at the foot of the cliffs and the mouth of the bay, where salt pans used to provide large amounts of the precious mineral.

On the left, there are Il-Wied tal-Kantra and Il-Kantra tax-Xlendi (a little inlet) as well as a centuries-old bridge – ‘kantra’ is an Arabic word for ‘bridge’ – over it, which helps one cross from one side to the other. There is also a rough path which leads to the honey-coloured plain promontory on which still stands the majestic Torri tax-Xlendi (Xlendi Tower).

Built by the Order of the Knights of St John in 1650 to help watch against, and pass on news of, threatening approaching enemy galleys, the tower has endured time, weather and corrosive salt over the centuries. It has been lately restored by the NGO Wirt Għawdex and the Munxar local council.

Further up on the left lies the village of Munxar, of which Xlendi forms part geographically. In fact, it falls under the jurisdiction of Munxar local council.

The second part of the article will be published next week. 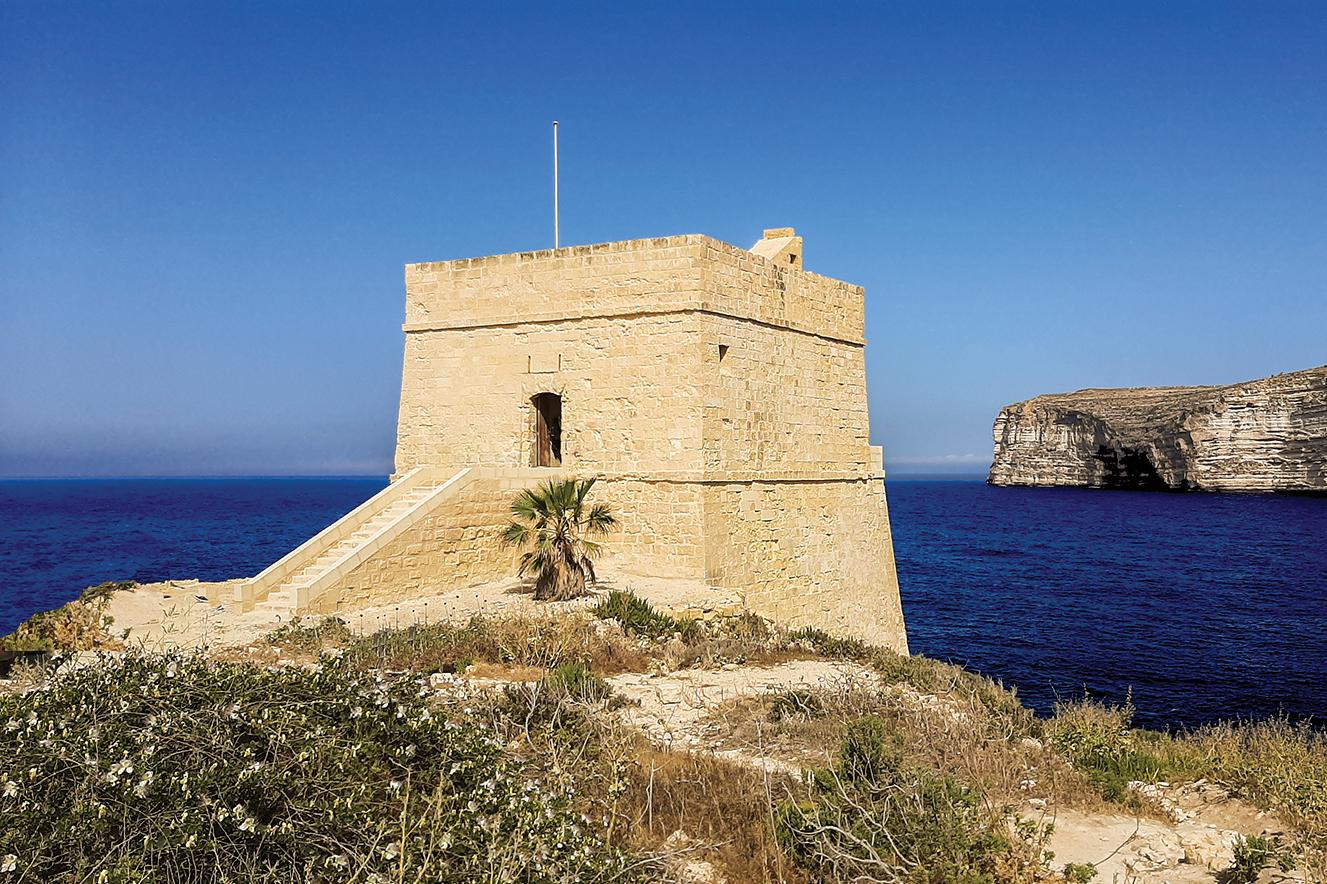 Xlendi Tower, which was built in 1650 by the Order of the Knights of St John, was recently restored by the Munxar local council and the NGO Wirt Għawdex. Photo: Giovanni Zammit