A video showing a woman being pelted with eggs by men during a bachelor’s party was disturbing on many levels, the National Commission for the Promotion of Equality said.

"A woman was not only abused and humiliated, but this assault was also filmed and circulated. It is indeed disturbing that there are people who take pleasure in ridiculing and hurting others and even go to the extent of flaunting their behaviour," the commission said.

The video, which sparked outrage when it emerged on Sunday, showed the woman wearing a bikini, facing a wall as men threw eggs at her.

At one point, she begs them to stop. They respond by jokingly shouting 'medic, medic'.

One of the party organisers insisted with Times of Malta on Sunday that the video was being taken out of context and that the woman had given her explicit consent to the pelting.

Times of Malta has contacted the woman involved in the video. She declined to comment publicly on the incident.

The commission said the organisers’ justification did not in any way change the essence of this incident.

"The organisers’ justification that this abuse was perpetrated with the victim’s consent and against payment does not in any way change the essence of this incident: a group of men felt entitled to ‘buy’ a potentially vulnerable woman and took pleasure in assaulting her, ridiculing her and violating her dignity," it said.

"Moreover, the video shows the woman begging the abusers to stop. A group of men felt entitled to ‘buy’ a potentially vulnerable woman and took pleasure in assaulting her, ridiculing her and violating her dignity." 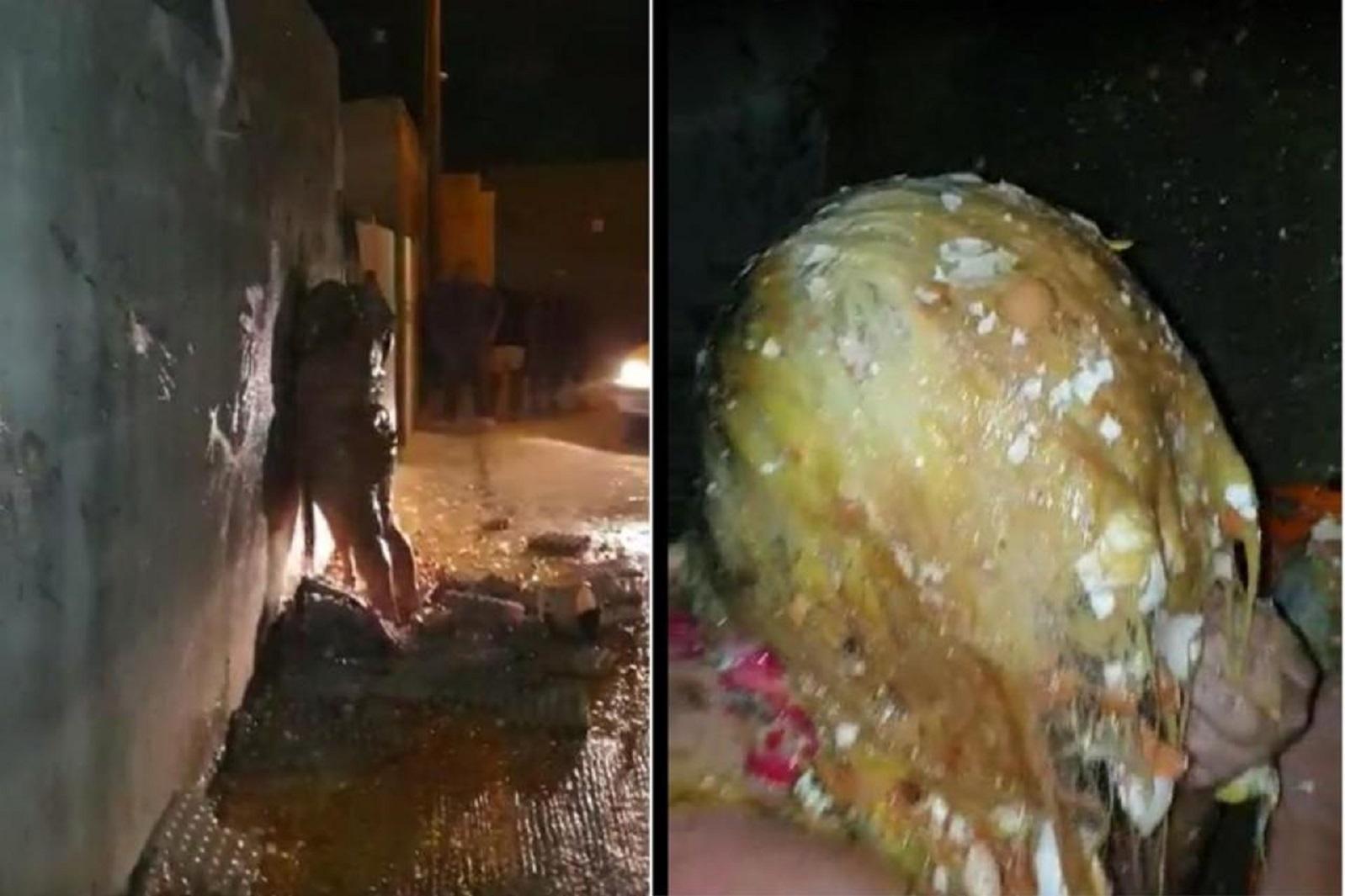 The woman (left) tied to a wall and pented with eggs, most of which were aimed at her head (right).

The pelting of a woman with eggs was a sorry spectacle of domination and humiliation, reflecting and reinforcing the power of men over women in Maltese society, the commission added.

This, it said, was closely linked to the constant representation of women as objects for men’s pleasure and the broader unequal power-relations between women and men that legitimise and normalize such behaviour.

"This video is evidence of the urgent need to work towards a society where women and men enjoy equally dignified treatment, so that everyone can feel safe and respected in everyday life," the commission said, while urging the authorities to "take the necessary actions".

The video raised a wave of consternation over the weekend. Equality Minister Edward Zammit Lewis said such behaviour, filmed and then publicly circulated, against a human being was 'totally reprehensible'.

Nationalist MP Claudette Buttigieg said the people involved thought that money could buy you the right to humiliate others and strip them of their dignity.