Several men gathered outside the law courts on Saturday morning to protest against what they deem as gender bias by the judiciary as well as the infringement on children’s rights.

In an event dubbed 'Jien u wliedi: vittmi tal-qrati' (Me and my children: victims of the court), Flimkien Missirijiet Inqumu (FMI) members raised awareness of the way fathers involved in separation proceedings have suffered due to the courts' “lethargy and disinterest” in their cases and of not giving them their rights or equal parenting time.

The NGO emphasises the vital role of both parents, without discrimination, to raise their children in a healthy nurturing environment. It also calls to empower parents to serve and respect their children.

Men held posters reading different phrases such as 'I was and am an exemplary father. Because of the courts, I cannot keep up' and 'I am a father. But it’s as if my son is not my own. They are eradicating his memories of me'. 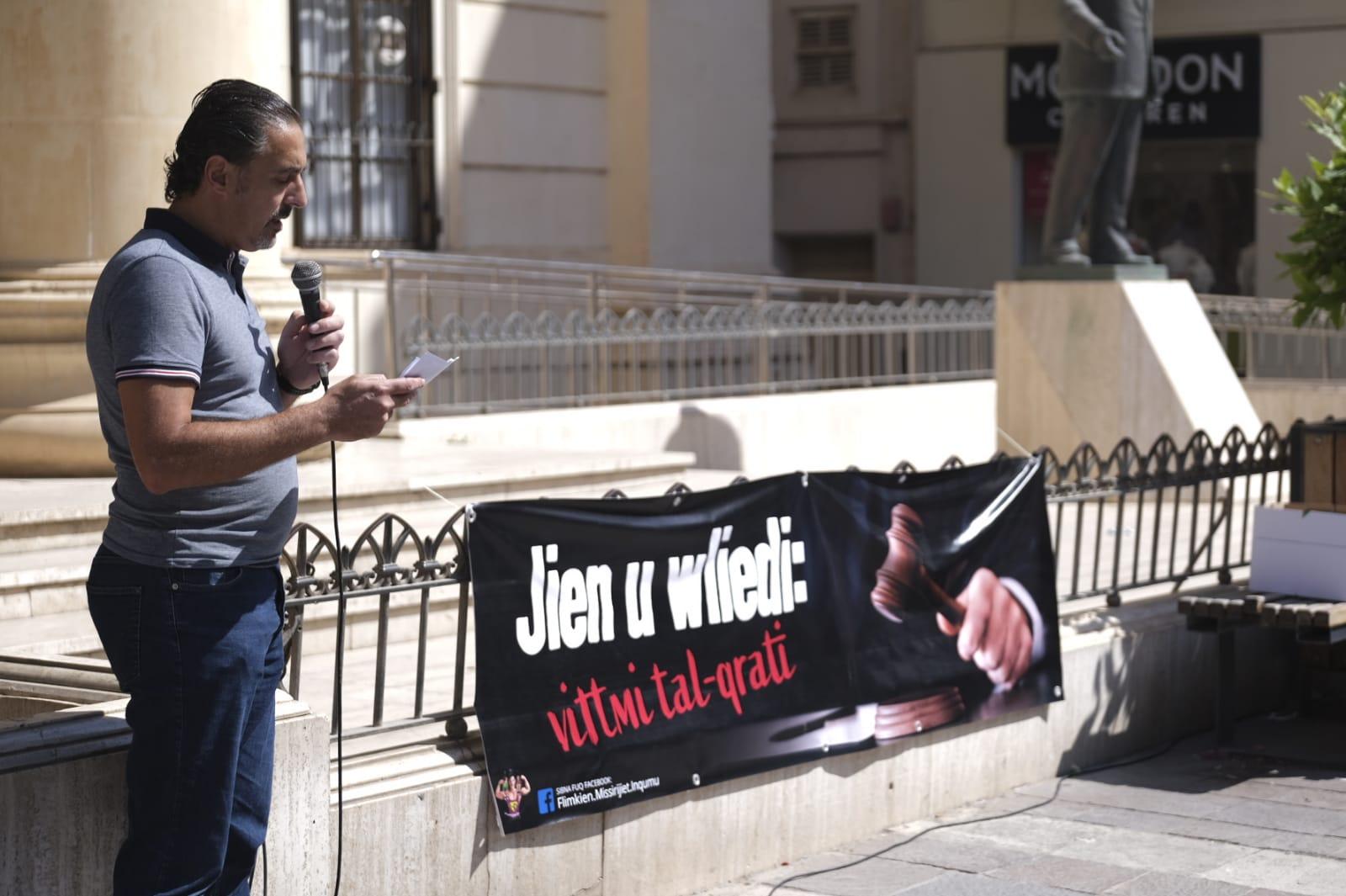 President of FMI, Claude Degorgio spoke about how he spent 12 years with the court to allow him to spend more time with his son. Photo: Jonathan Borg

NGO president Claude Degorgio opened up about the way he and his son suffered due to the lack of interest from the law courts.

“I spent 12 interminable years going to court simply to be allowed to spend more time with my son,” he said.

“Today, after such a long time of being invisible, we finally stand here to show you all that we and our children are victims of the court. The biggest victims are our children, and the representation of children, adequately followed and assisted by professionals, is necessary and missing.”

He said on Father’s Day, marked on Sunday, many fathers will not be allowed to spend time with their children, and in most cases, it would not be their fault, but simply because of the court’s “lethargy and uninterest”.

Another member, Reuben Zammit Saliba Toledo said that in the coming months the NGO will publish a series of videos highlighting the father’s experiences so that the public can understand the situation.

“The gender bias in our courts is an open secret, which gender bias harms not only its subjects but also the best interests of the child and their right to have two parents, or which occasionally even puts them at risk with an abusive parent simply on account of their gender,” he said.

He went on to describe the experiences which have become common for parents in this situation, such as short hearings, stalling in the courts, court applications sittings ignored for months, children uprooted from their father’s home for no reason, and the lack of suitable and consistent procedures in the executive branch.

He said all experiences weaken the necessary child-parent bond. 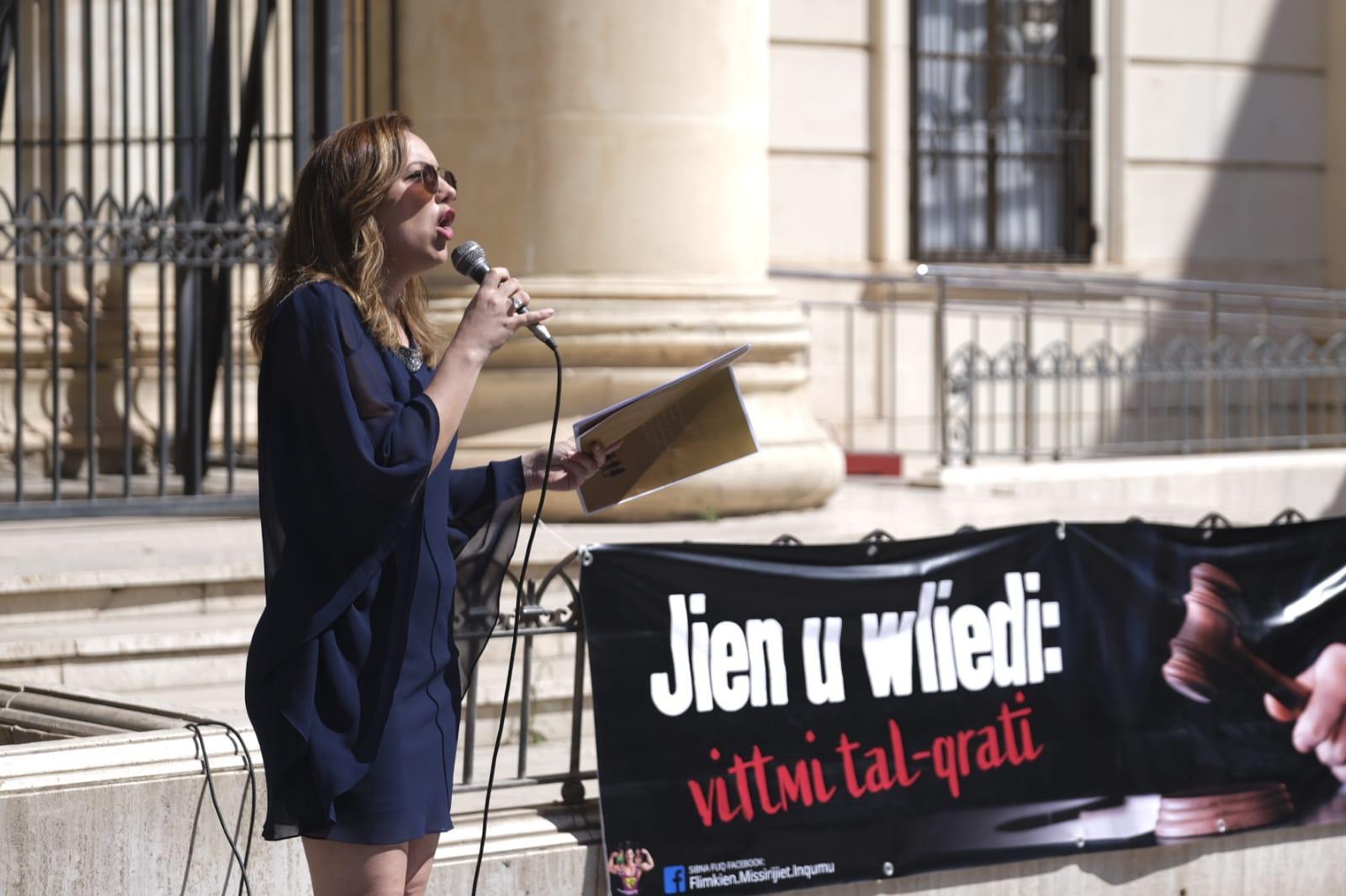 Lawyer for Children’s Rights, Lynn Chircop Faure presented a working paper, including a set of recommendations for the implementation of more effective procedures and legal provisions to safeguard the rights of children and other family members.

The recommendations are based on four pillars: prevention, protection, proceedings, and partnerships.

She called for the courts to be more understanding of the delicate situation certain parents find themselves in when filing a court intervention.

"It would be reasonable for parents having to apply for the court's intervention to expect the court's understanding about the difficulty of the situation they and their children are in. They expect the court to address the problem by identifying and implementing solutions as early as possible," she said.

She said this should be done in a reasonable timeframe and without exorbitant expenses.

This is something this government promised in its last electoral manifesto, pledging to not only strengthen the mediation services in the Family Court but also to streamline the court procedure itself to avoid abuse of the system.

"Instead, all we hear about is the systematic injustices and gender bias in both the executive and judiciary."

Other guest speakers who spoke at the event included Karol Aquilina, PN spokesperson on Justice, election candidate and academic Arnold Cassola, and Philip Chircop on behalf of Nanniet Malta. 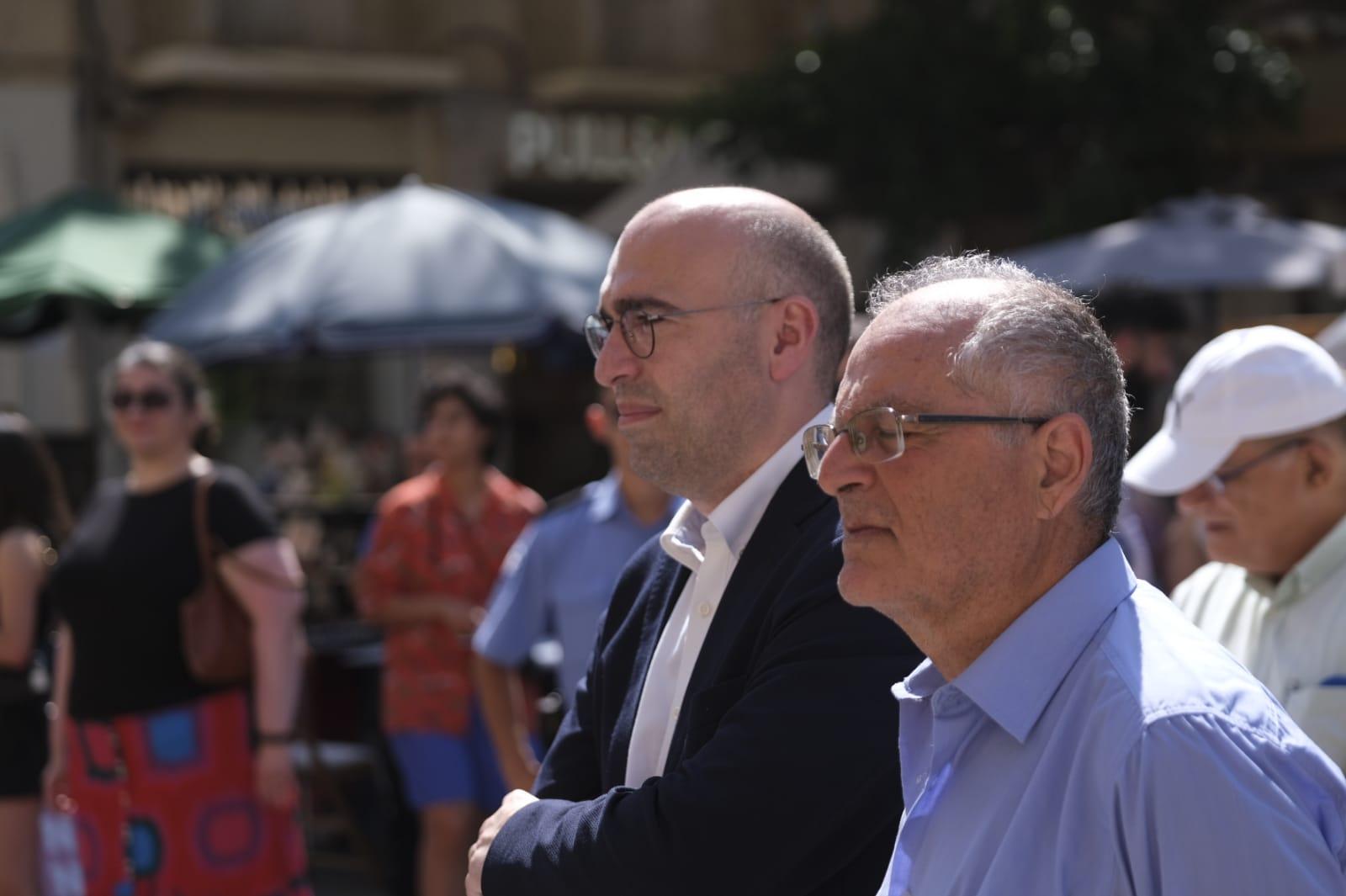