Menswear proved to be in reinvigorated form as Paris Fashion Week ended on Sunday, with spectacle, innovation and the return of big-name designers to the catwalk.

The week concluded with the surprising return of fabled French designer Hedi Slimane, formerly of Dior and Saint Laurent and now with Celine. Two years ago, he had announced he was done with the official fashion calendar.

Slimane became hugely influential as a stylist and photographer for musicians such as David Bowie, Mick Jagger, The Libertines and Daft Punk in the early 2000s. 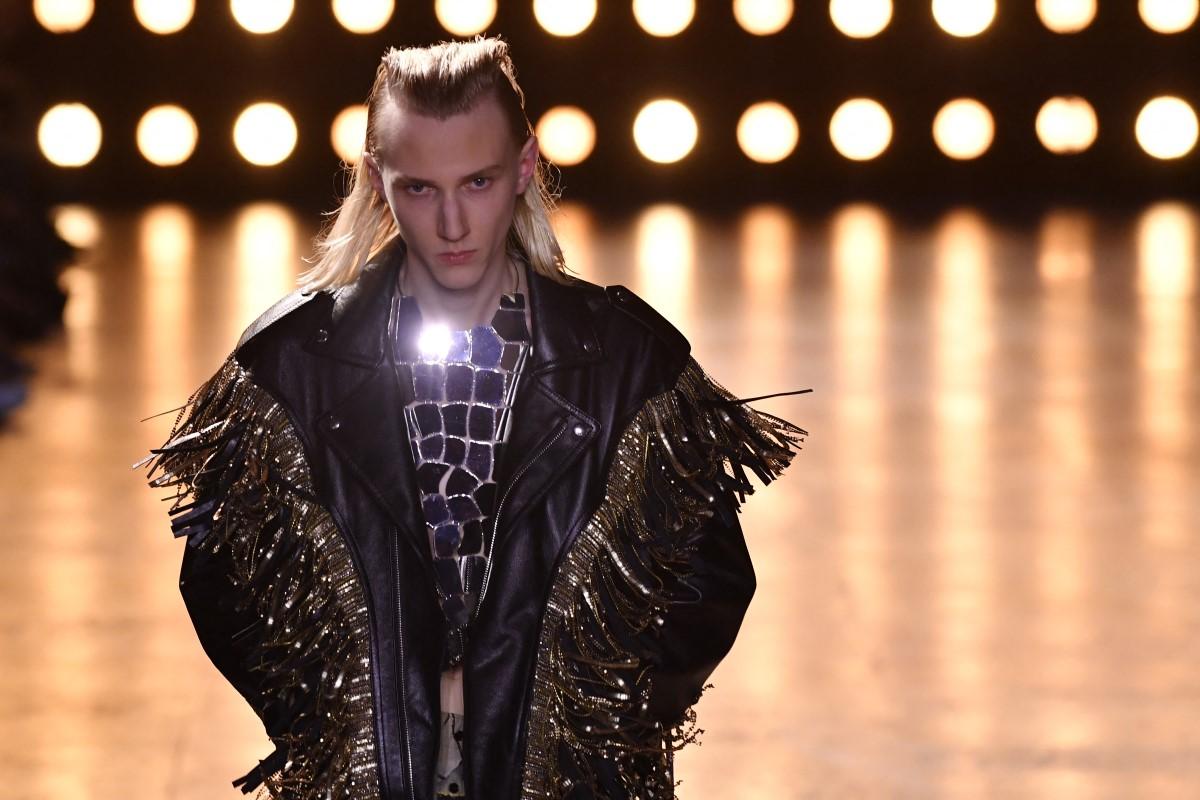 A creation for Celine during the Menswear Ready-to-wear Spring/Summer 2023 Fashion Week in Paris.

But he has not presented a live show since February 2020, having dismissed them as “obsolete”, preferring to present collections with videos shot in luxurious French locales.

He gave no explanation for his reappearance on the catwalk but returns amid a sense of a renaissance in menswear. Fashionistas mobbed the gates to the Palais de Tokyo in central Paris on Sunday.

Slimane’s new collection harked back to the indie-rock vibes that made his name –skinny black trousers, even skinnier ties, golden suits and leather jackets, and lots of dark sunglasses.

The past few seasons have often seen men’s and women’s shows merging into one – with London Fashion Week doing away with the distinction altogether.

But this week in Paris seemed to reaffirm the divide, with houses wanting to boost their focus on menswear at a time when demand is rising.

“It’s good to give space to men and women, to each and everyone their platform to tell a story,” Williams told fashion site WWD. “There’s more room for more looks.” 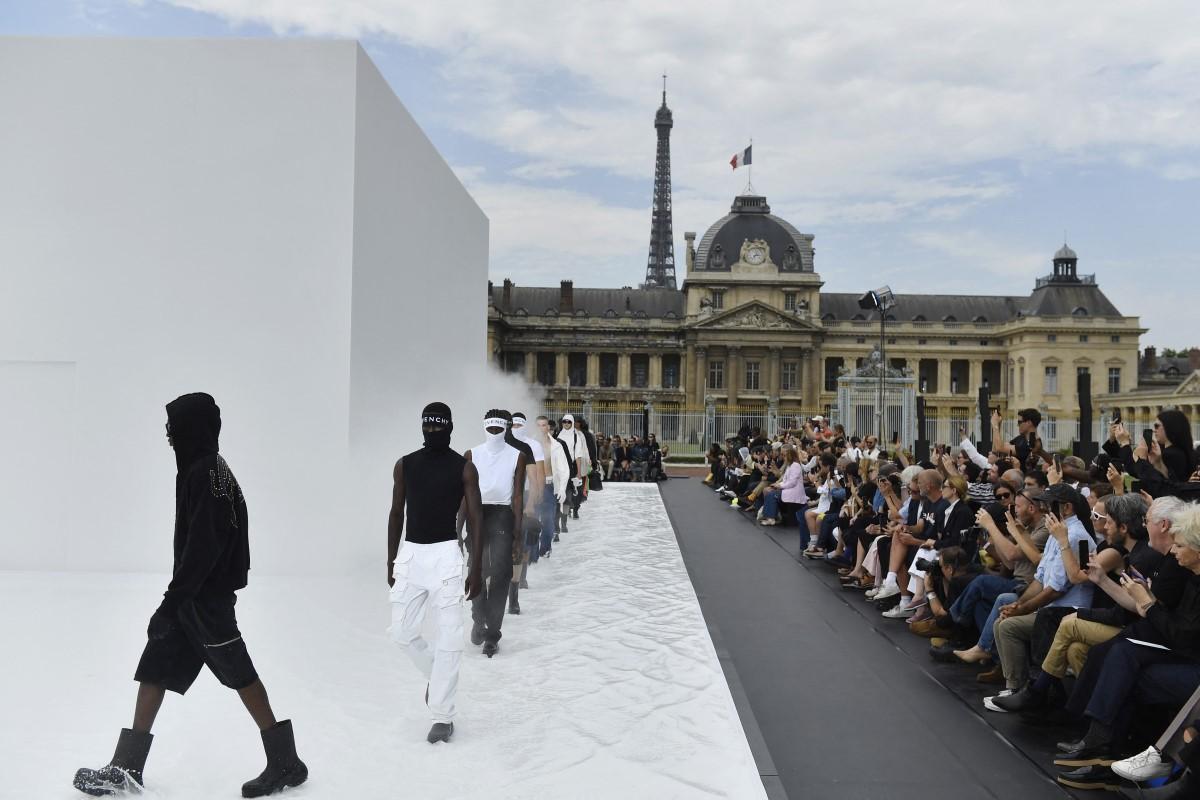 Models present a creation by US fashion designer Matthew Williams during the Givenchy Menswear Spring/Summer 2023 show as part of Paris Fashion Week.

His show was grounded in real-life styles from his native California, he said, with a lot of utilitarian knee-length shorts, cargo trousers and relaxed knitwear – much of it in monochrome with a few splashes of pastel colours.

“Commercially, menswear is a market that has developed a lot with a particularly strong dynamic in Asia that has created a boom for pret-a-porter men’s designers,” said Serge Carreira, fashion expert at Sciences Po University.

Also marking her first menswear show was France’s Marine Serre, one of the biggest names to emerge in recent years.

The 30-year-old has made sustainability and inclusivity central to her brand, and that was evident at her sports-themed show in a stadium outside Paris on Saturday. 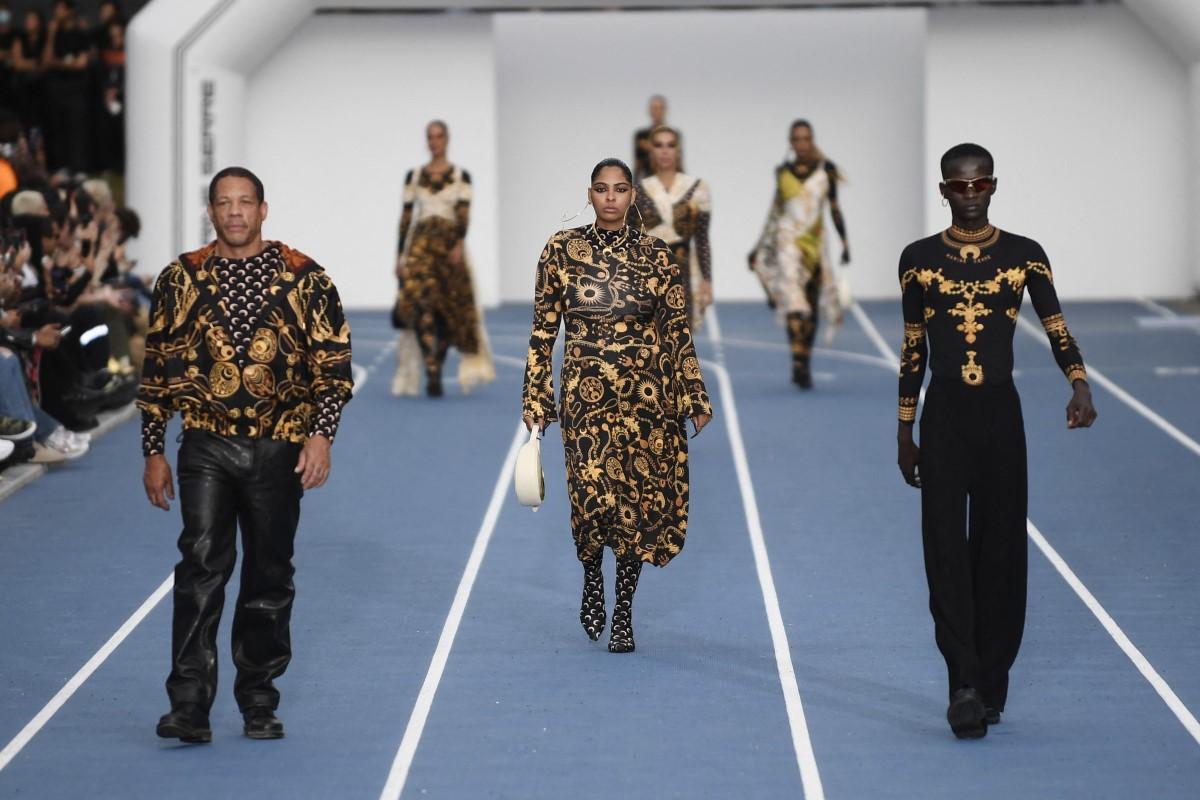 Many pieces were upcycled from old scarves and linen – that had been turned into everything from speedos to flags and leotards.

The models came in all shapes and sizes, from children to older people, alongside celebrities such as ex-footballer Djibril Cisse and Paralympic gold medallist Alexis Hanquinquant, as well as Madonna’s daughter Lourdes Leon in one of the house’s trademark moon-patterned bodysuits.

“Thirty per cent of our sales have been for menswear in the last collections – we’re not at 50/50 but we do quite a bit of men’s and we have no intention of doing less,” Serre told AFP after the show.

“Upcycling is quite rare in men’s but the locker-room lends itself very well to it,” she added.

“These are shapes that are less complex: it’s easier and we can have better prices that mean it is more accessible for everyone to wear upcycled pieces.” 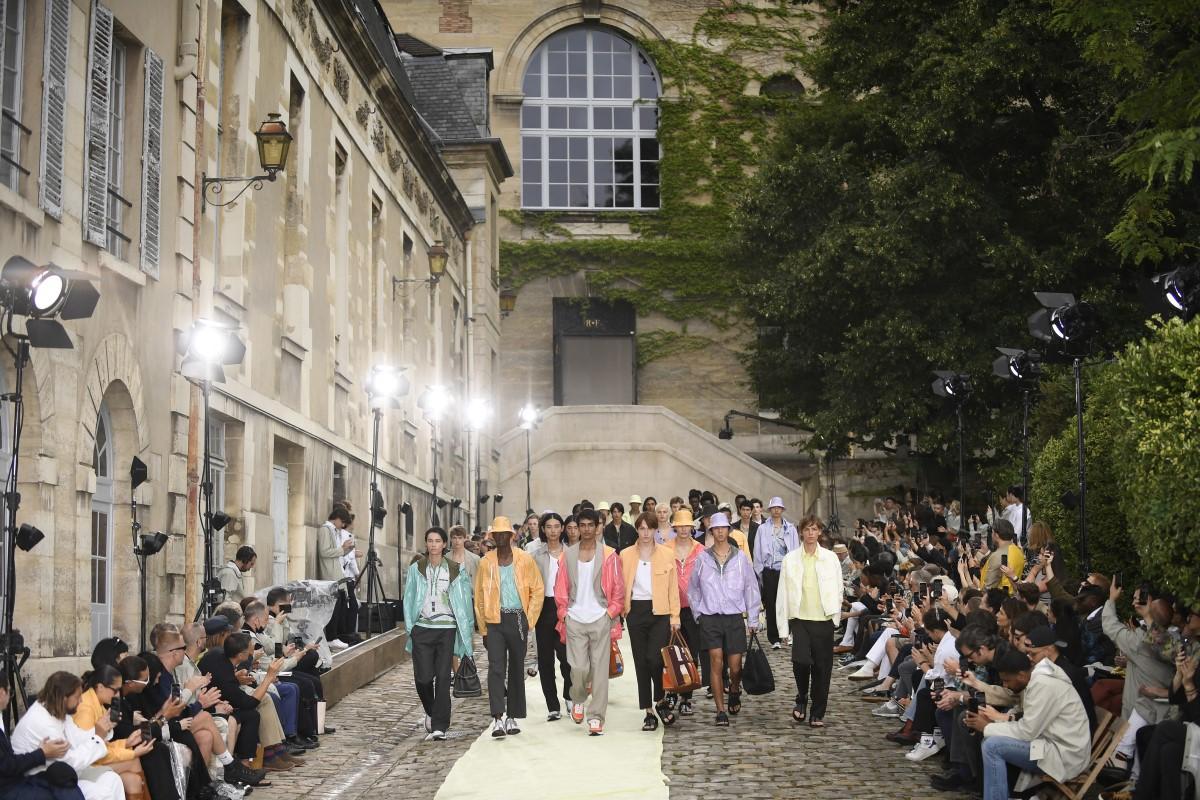 Meanwhile, familiar names also made a mark this week.

Dior took inspiration from the childhood Normandy home of the label’s founder, with a flower-filled garden runway and some straw hats and chic outdoor loungewear among the outfits.

Hermes was also in a relaxed, pastel-infused mood, which designer Veronique Nichanian told AFP was inspired by “lightness, comfort, fun and colours that pop”.