Almost three-quarters of the Maltese workforce is satisfied with life, a nationwide study has indicated, though around half report some symptoms of depression and one in four may need professional help.

The study - a first of its kind - sheds light on different aspects of the mental health of local workers: while two in every three experience high job satisfaction, more than 40% show signs of stress and anxiety.

Titled Mental Well-being in the Maltese workforce and commissioned to Novargo, the study was done in collaboration with the Department of Industrial and Employment Relations (DIER).

The statistics were presented to the media by Novargo management consultant Joshua Zammit on Tuesday.

The survey was carried out between June and August 2021. 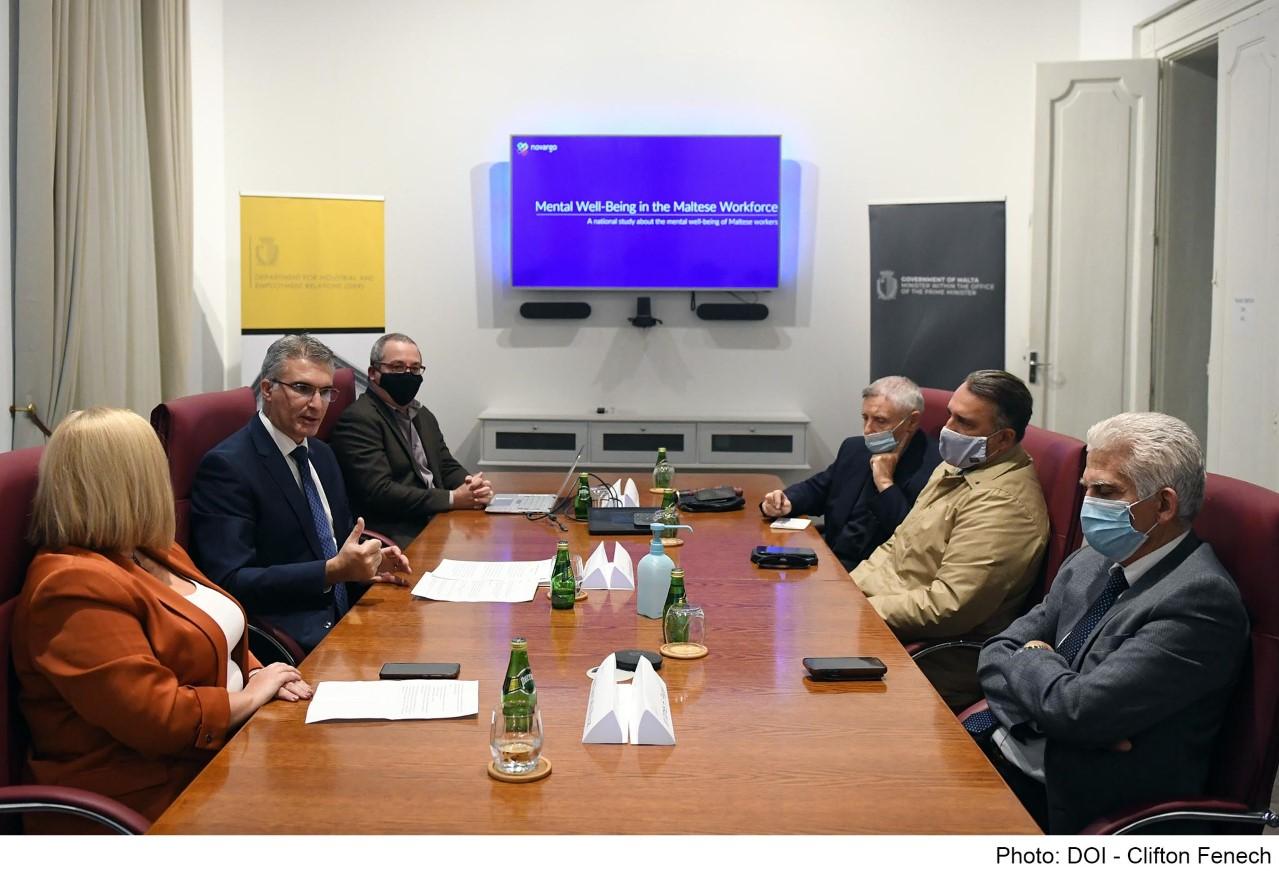 A total of 4,135 respondents replied to the survey, of which 3,550 were valid responses.

The survey was distributed amongst workers from different sectors, from the likes of civil protection, health care and education.

What the survey found

Zammit explained how the World Health Organisation's Five Well-Being Index and Satisfaction with Life Scale were used to measure the mental wellbeing of workers.

The study found that 73% of the Maltese workforce say they are satisfied with life, while 27% are not.

According to the findings, 2% are 'extremely dissatisfied' with life, while 14% voted to have a ‘very high life satisfaction’.

Overall the study shows that 77% of respondents have good mental well-being health, and 12 per cent are classified as ‘borderline’.

On the other hand, 11% reported that their mental well-being was poor.

The study found that 23% of employees show significant symptoms of stress and anxiety and need help.

19% show anxiety and stress symptoms but require no help, and 41% show no signs of mental health issues.

When it comes to depression, almost half the Maltese workforce report varying degrees of depression symptoms, one in four may require professional help.

When asked for more detail on the study, Zammit explained that gender is linked to the results of the mental wellbeing of workers.

“From what we have seen females are more prone to reporting psychological problems, but we also saw that certain workers who are in stressful work environments also reported to feeling more anxious,” Zammit told Times of Malta.

“If a worker is dealing with life-threatening situations, they are more likely to feel stressed than those sitting at an office.”

He said when it comes to age, the report shows that older people reported having better mental health, whilst younger workers felt more anxious.

Zammit said all the study results will be published soon.

Minister within the Office of the Prime Minister Carmelo Abela praised the study, and highlighted that the discussion of mental health has increased, especially in the past two years due to the ongoing pandemic.

“It is important that before we push for any policies we need to take stock of what the situation is like in our workforce and how we can move forward,” Abela said.

He said that there are numerous reasons why workers might be feeling more stressed during this time, as working from home away from colleagues and continuously in front of a screen could trigger feelings of loneliness or anxiety.

“Now we must address the issue, if we want to make sure our workers have better working conditions, which will lead to employees being more satisfied and providing better quality of work.”

He said it is also important to stop the stigma of asking for professional help.

“We need to have courage, every worker and employer should not face discrimination or difficulty speaking up when they need help.

He said further discussions with key social players will take place to see the way forward to improving the workforce, and ensuring employees mental health remains a top priority.