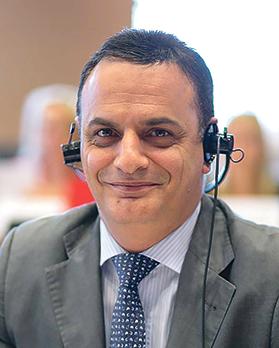 Updated on November 28 with MFSA reaction

Nationalist MEP David Casa has called on the European Central Bank to revoke the licence of Pilatus Bank, in the wake of what he described as the inaction of Malta’s financial services watchdog.

The request was made in a letter to the chair of the ECB’s supervisory board Danièle Nouy, a copy of which was published yesterday by the MEP.

In a statement, the PN’s European Parliament head of delegation acknowledged that even though there are no precedents, the gravity of the situation warranted this form of drastic response.

Having been established under the Single Supervisory Mechanism, the ECB’s supervisory board had a duty to intervene, Mr Casa said. For this reason the MEP requested the revocation of Pilatus Bank’s licence. He noted that the Ta’ Xbiex-based bank was at the heart of the Panama Papers scandal and the subject of extensive investigative reporting by journalist Daphne Caruana Galizia who was assassinated last month.

Furthermore, he claimed that Pilatus Bank accounts were used to launder proceeds from illegal kickbacks to the Maltese Prime Minister’s chief of staff, Keith Schembri, from the sale of Maltese passports. The MEP added that from a further FIAU investigation it had emerged that payoffs by Mr Schembri to Adrian Hillman, the former Times of Malta managing director, were also laundered through this bank.

Mr Casa also backed his request by highlighting the case of Cheng Chen, who negotiated on behalf of China’s State-owned Shanghai Electric to buy Malta’s power station and a large stake in Malta’s state energy company, Enemalta. According to another FIAU investigation Mr Cheng was expected to receive a €1 million payoff from the deal into his Pilatus Bank account. In view of this, the MEP argued that there was “overwhelming” and in many cases “conclusive evidence”. The anti-money laundering violations by the bank, as uncovered by the FIAU, are shown to be so extensive that they likely form the basis of the bank’s business model, Mr Casa said.

The MEP’s request, which received the full support of PN leader Adrian Delia, prompted an immediate reaction from the Labour Party. The latter described Dr Delia’s backing as a desperate attempt to win the support of a group of MPs close to his predecessor Simon Busuttil, who last Wednesday did not support the party’s parliamentary motion on IVF leave.

The MFSA replied five days later, saying that it carefully considers and reviews any reports, allegations or approaches from all quarters raising any concerns on financial regulatory matters.

"However it can only act in accordance with due process and subject to its duties of confidentiality and in compliance with the relevant law. To do otherwise would compromise its integrity and independence," the brief statement said.